Making Cents with Liam Croke: Free advice can be the most expensive you get 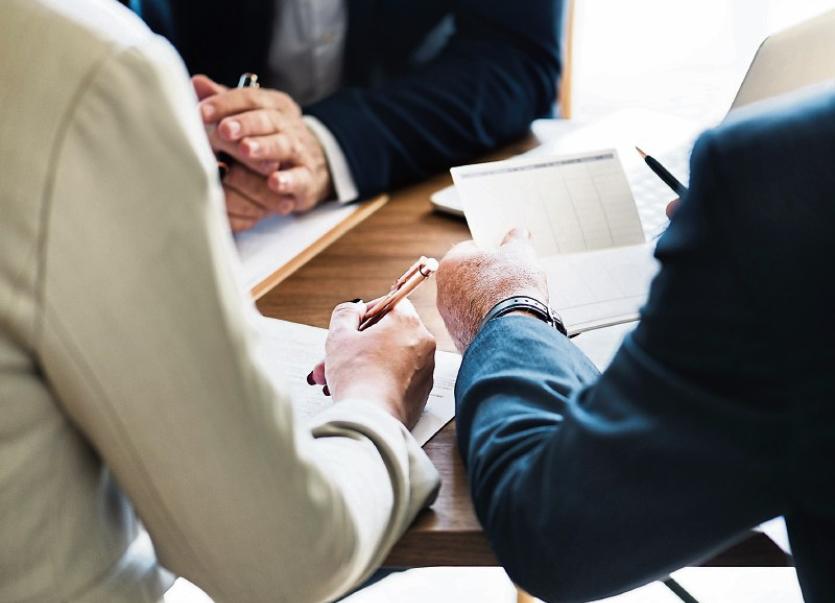 Beware 'free advice', it could end up costing you a lot of money

There are many reasons you may look for financial advice - house purchase, planning for retirement, a lump sum investment etc. and you want to make the right decision, so finding an adviser who will help, and is the right fit for you, is important.

How they get paid should be one of the criteria you set in your selection process.

There are typically four ways a financial adviser will get paid: commissions; an up-front once off fee paid by their client; an on-going annual retainer fee either paid by the client themselves or by way of a percentage deducted from the value of an investment or pension product (these are commonly known as trailer fees) and the final way is probably some combination of the three.

Financial advisers have to be compensated, you just have to choose how you would like yours to be paid and deciding what kind of financial advice you need and whether you need or want to pay for it can be difficult.

Are your financial affairs complex, requiring on-going advice where paying a fee is merited? Or are your needs more basic, requiring only very limited advice - maybe you only need an adviser to carry out a specific transaction for you e.g. arrange a life policy for a mortgage.

Either way, what you have got to know, is that financial advice is never truly free. You are paying for it in some way, you just have to know how much it's costing you. Then you can decide which suits you best and which you would like to choose.

Some people think free advice is the best type. If you were given a choice of paying for financial advice or paying nothing and allowing the adviser to get a commission which would you choose?

It’s probably easier to opt for the free option. I mean why would you part with your money when the company is paying the broker? Let them pay rather than you, right? But is that the right decision?

It might be okay, it will depend on how good the advice turns out to be and how much your adviser is getting paid. But sometimes, free advice could turn out to be the most expensive advice you ever get.

But there is just no talking to some people.

A gentleman contacted me a couple of weeks ago. He was buying a property and was under pressure to get a life assurance policy in place and was recommended by a friend to speak with me.

I told him what value I can add i.e. I could choose from every provider in the marketplace and advise which type of policy was required and which was best suited for him.

How was I going to get paid he asked?

I told him I would be charging him a fee rather than getting a commission payment from a life company.

He looked at me in disbelief. Before I could tell him what I was going to charge him if he wanted to proceed, he said he could use any number of advisers who wouldn’t charge him anything and he would use one unless I charged him nothing and got paid by a life company.

I tried to tell him this was not in his best interests, but he was having none of it. He wasn't parting with any money, telling me to get paid by someone else or he would take his business elsewhere.

No, problem, I said, I’m clearly not the adviser for you, so I suggested finding someone else and wished him the best of luck with the house.

And in fairness to him, it can be hard to judge the value of the advice you are getting, if you are not shown an alternative. Pay a fee up-front and your premiums will be 34% less, or pay nothing but know, over time, you will pay €8,500 more. You decide.

Some financial advisers are reluctant to charge a fee, because they think people are a lot less likely to meet with them if they do. And they are probably right, because research shows that one of the biggest reasons people don’t seek out financial advice is the cost they may incur.

To overcome this problem, some financial advisers’ income model is based on receiving commission payments for arranging financial products for their clients. That’s fine as long as you know what impact this has on the products you put in place.

One gentleman I met earlier this year used a company to arrange his approved retirement fund (ARF) and wasn’t aware an extra 0.25% (trailer fee) was being taken from the value of his fund and was going to this particular company.

When he queried the 0.25% with them, they tried to justify it by saying it covered the cost of their ongoing advice and if that’s the case and that actually happens, they are right to charge a fee. But if they charge it and you don't hear from them again, which was the case with this gentleman, you are paying money to someone for nothing.

That is not to say either that you shouldn’t be willing to pay this fee either, as long as you know you are and as long as you feel there is value being added by the adviser. It might prove very inexpensive to allow an adviser get 0.25% from the value of your fund, if their advice is adding 3% to it, so I would be careful not to discount it either.

It’s really important from the outset to know when you engage with any adviser what the costs are, and which route is best suited to you. You don’t want to discover what they were at a later date when you don't have time to recover and get them back.