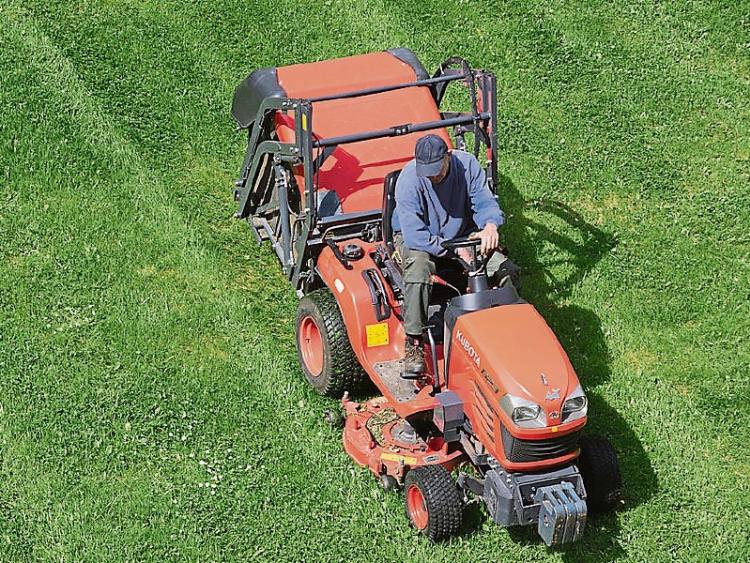 Do you really need that ride-on mower or any other luxury item?

There are many reasons put forward by people when I speak to them about their finances and ask them to explain a particular decision they made in the past, or why they are so much in debt, or why they haven’t as much as they would like to have in savings etc.

They don’t earn enough, or they don’t have the financial knowledge, or their just bad with money are examples of excuses I hear all the time. And some, in fairness are reasonable and do play a role, but I have been around long enough and met enough people of all different income levels, to know one of the biggest factors that is preventing them from moving forward with their finances is a factor that is hard to identify, but it’s there and its impact is as great, if not greater, than any other reasons you could come up with.

Before I tell you what it is, let me give you an example of how it works and its potential impact on your finances.

I carried out a financial review for a client about 12 months ago, and one of his objectives from the outset was to make sure he was saving enough, because he wanted to build up a fund that would support his three kids if they decided to go to college in the future.

We identified the amount he should be saving each month, and he followed through by setting up a new account.

Three weeks ago, I got a call from him to say he wanted to withdraw €3,000 from the account, because he wanted to buy a ride-on lawnmower.

The weather was great, and the ride-on was something he always wanted, and as he got older he would find it harder to cut his lawn with an ordinary lawnmower.

I know where he lives and I know the size of his front and back lawns and there really is no need for a ride-on lawnmower, but he was coming up with reasons to validate his decision to raid the kids’ education account. That is an example of how our emotions take over and interfere with our financial lives.

I can put together a great plan for anyone, but if it’s just based on numbers alone, it may not work. You have to be cognisant that we all feel emotions, both good and bad, and how they play a pivotal role in the success of our finances, and some, if not recognised and dealt with, can hamper the things that are really important to us.

The emotions of envy, or feeling you deserve it, or both, took over the gentleman who called me, and he just wasn’t thinking about the impact it could have on his kids in the future. He was thinking in the now, and it was clouding his judgement. It was going to be something he would regret doing in a month’s time, when the excitement wore off, when the rain returned, and when he realised he had no use for it for eight months of the year, and it began to gather dust in his garage.

So, the way we feel at one time or another can affect the decisions we make, and whilst they may last for only a short period of time, the impact they can have on our finances can be felt much later and for much longer.

The key to overcoming them, is to first recognise when they are happening or about to.

I believe one of the preventative measures people use who suffered from depression in the past, and don’t want to again, is to recognise the signs and the thoughts they begin to feel, and to cut them off as fast as they can.

The same applies to your finances.

We need to be aware of the emotional triggers that affect us and our ability to make good decisions about money. Once you know which ones affect you most, you can identify them and deal with them.

Some of those emotions we need to be aware of include anger, fear, envy, stress and happiness.

The key is to recognise when they happen, but that may not be enough in itself which is why I use a technique with some of my clients, which helps them when those self-destructive thoughts occur, and they have an urge to spurge.

I give them a number (it will vary from person to person), and they multiple the item they are thinking of buying by it, and that is the future value of what it will cost them.

This is a really good way to help people make a decision and something they can use and weigh up against, when they are looking at buying something.

I used it with the man who called me, and it put things into perspective for him, so he cancelled the withdrawal from the account, and bought a good petrol lawnmower for €400 instead. And, guess what - he’s happy out.

P.S. I’m happy to share those multiplying numbers with you if you want them.