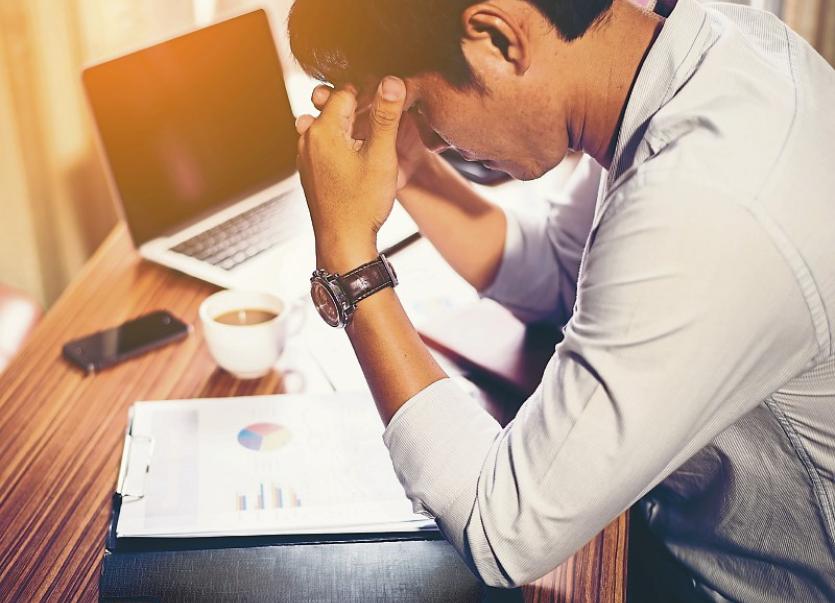 When you feel in more control of your job, as well as your finances, you will feel less stressed

A client of mine told me last week how his GP described what he was doing to himself as akin to being a functioning alcoholic – you know what you are doing is bad for you, but you do it anyway.

Going to work at the moment was bad for him, because the underlying medical condition he was suffering from was going to get much worse unless he took time out to focus on the treatments required for his recovery, one of which was complete rest.

Long before he was diagnosed with his illness, there were many times when money worries kept him from his night’s sleep, and there is no doubt the financial stress he was under was not helping his current situation.

And whether you suffer from a specific illness or not, financial worries can manifest themselves in many different ways and over the past decade researchers have studied the relationship between financial stress and health. And consistently found that those who report greater financial stress also report poorer health.

I spoke with a GP friend of mine recently about financial stress and she told me that her experience of dealing with patients who were suffering from stress-related illnesses, the underlying cause from a significant percentage was because of money worries.

They were suffering muscle pain, insomnia, ulcers, migraines, high blood pressure etc. but the root cause of each could be traced back to financial worries of some kind or another. But another problem with suffering from financial stress, she advised, was the unhealthy coping mechanisms people adopt like overeating or smoking which makes things even worse.

And stress also affects people’s ability to think clearly. It happened to an individual I met three years ago.

He was sick, but told no one, not even his wife, and continued to work at an incredible pace for fear of showing any sign of weakness to his employer and fear if he didn’t continue to earn the income he was earning, his family’s quality of life would collapse.

So, he chose to listen to that quiet voice in his head, telling him things will be all right, and to man up, rather than listen to what his body was screaming at him to do – STOP.

Something had to suffer and eventually it did. He first suffered a heart attack (he was 44) and a year later had a nervous breakdown. It took him quite a while to recover but thankfully he did, but it took two extreme, life threatening events for him to realise he had a lucky escape and made him re-examine his life and find ways he could still be productive, and still earn enough for his family to be comfortable, in a way that wouldn’t have such a detrimental impact on his health.

And with some help he did all those; it meant altering his lifestyle, and cutting back on many expenses, but that didn’t matter to him. It was a small price to pay, if it meant he was going to live longer, and he got to spend more time with his wife and kids.

I relayed his story to the client I met last week, and I could tell I got his attention. Hopefully it was going to be his a-ha moment, sitting in a comfortable chair, opposite me, rather than lying in an ICU ward in a hospital.

The key for me is to listen to your body. Don’t ignore what it is telling you.

Be proactive rather than reactive. If your workload is excessive or your finances in general are making you feel overwhelmed, and you think they are having an impact on your health, don’t be afraid or slow to reach out and get help. There may be solutions available that allow you to reduce the pace you work at, solutions that improve your monthly cash flow or debt levels, but you need help in identifying what they are and what they might look like.

I did exactly that with a lady who reached out to me two years ago. She saw the signs, as did her caring employer, who made the introduction to me. The warning signs for them were her increased weight, work that wasn’t to her usual high standard, and a passing remark she made about money.

We met, got to work on a plan for her, and within a reasonably short period of time, we got her finances under control and with it her stress levels.

She looks a physically different person now than she did when we first met, and her contribution and innovation at work has also soared now that her stress levels have been reduced. So, it really is a win-win scenario because when you feel in more control of your job, as well as your finances, you will feel less stressed and as a consequence your health will improve no end.