Making Cents with Liam Croke: How to lend money to family and friends 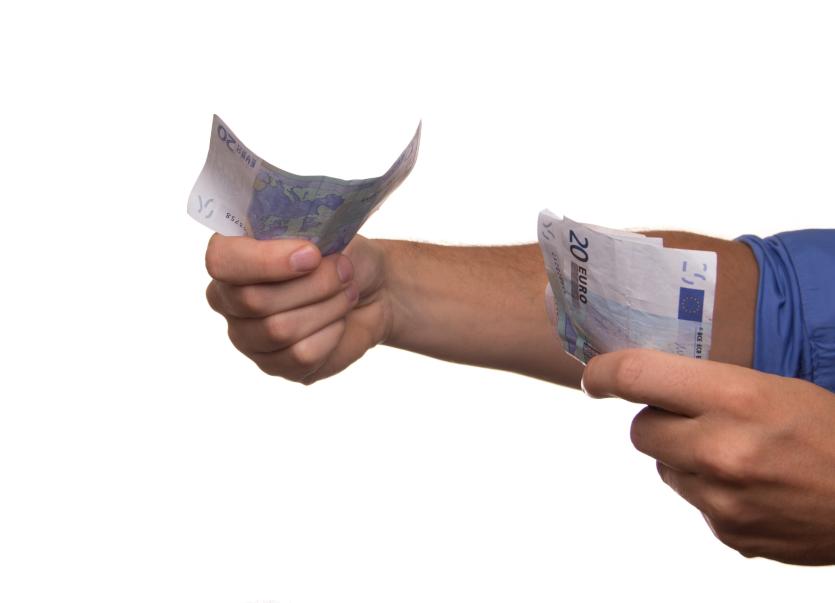 Lending between family members and friends can be fraught with pitfalls

What would you do if you received a call from a sibling, or a very close friend, and they advised they were under pressure and needed money?

There could be any number of reasons they might need it, but they have exhausted every other avenue and you’re their last resort. And they promise it will only be for a short period of time, because when they get paid, or get that money they are due, they will give it straight back to you.

I believe most people’s instinct would be, of course to help, provided they have the ability to do so. However, sometimes even with the borrower’s best laid intentions, things don’t go to plan.

A recent study carried out in Ireland, has revealed that over €385m in small loans given to friends and family, remain unpaid. The average amount the person who lent the money is left unpaid is €216, and I’m sure in some cases, it’s much more.

Bad as these figures are, it’s worse in other countries. In the UK for example, 10% of an individual’s overall debt is to a family member with the average amount remaining unpaid at £415. And in the US, according to the Federal Reserve they estimate, a staggering $184bn is lent from the Bank of Family & Friends every year.

There is absolutely no doubt, loans between siblings or friends can create, and result in, a number of problems if not dealt with properly from the outset.

According to one leading debt charity, they reported that 33% of the people they encounter, reported problems with their spouse following borrowing money from a friend or relative; 16% said the relationship with the borrower had impacted on their family relationships and 3% admitted their relationship with a friend or sibling had broken down completely.

So, if someone close comes asking for money, the key to protecting your relationship and getting the money back is to be clear what is expected from both of you. And the first is having a fixed pay back date.

Most loans between siblings and or friends tend to be open ended and what that means is that there is no agreement between both as to when the loan will be repaid. This is more the fault of the person lending the money.

“When you have it give it back to me” or “No rush, whenever you can.”

And they are doing this I guess out of embarrassment and not wanting to ask for the money back within a set time period, and I also think they don’t want to put their sibling or friend under more pressure than they already are, so no timeline of repayment is agreed between both parties. Big mistake.

Because it leaves both parties in a sort of limbo, and when you have that lack of clarity and urgency about when a loan has to be repaid, uncertainty and paranoia begin to creep in. The borrower begins to stress thinking the lender will demand a payment at any moment, and the lender on the other hand, begins to feel they will never get any money back.

If you are lending money to someone, make sure you are both crystal clear when the money is to be repaid, and how frequently this will happen i.e. one payment or a series of equal payments over time. How you agree that schedule is probably less important than setting a date for when the loan has to be repaid in full, so make sure there is no confusion with this date.

I wouldn’t be embarrassed either about saying you want to put everything down in writing. Doing this will provide clarity to all involved and no misunderstanding about ‘you thought’ or ‘I thought’ will occur in the future.

If you don’t, you may find yourself in a situation which is difficult and awkward for you, and that is asking the person for the money back.

You either confront them and ask them directly, or you, or they, shut down communication and contact altogether, to avoid having that conversation.

Other family members start getting involved and taking sides, and I have seen this escalate to a point where it tears families apart.

If it isn’t the first time the same person has asked you for money, then there is a bigger underlying problem that needs to be dealt with and providing them with loans every time they are in difficulty is not the answer.

You would be doing them a bigger favour by offering, for example, to help them set up a monthly budget, or review theirs to see where they are going wrong, than just handing over cash.

Help from friends or siblings can be incredibly impactful and in some cases a life-changing intervention. And it can be very comforting knowing that if anything was to happen, you know someone has your back. But, it works both ways, you have to have theirs as well, and you need to repay them, even if the amount they gave you was the price of a taxi home.

based in Plassey. He can be contacted at liam@harmonics.ie or www.harmonics.ie.