Act now and your future self will be thankful 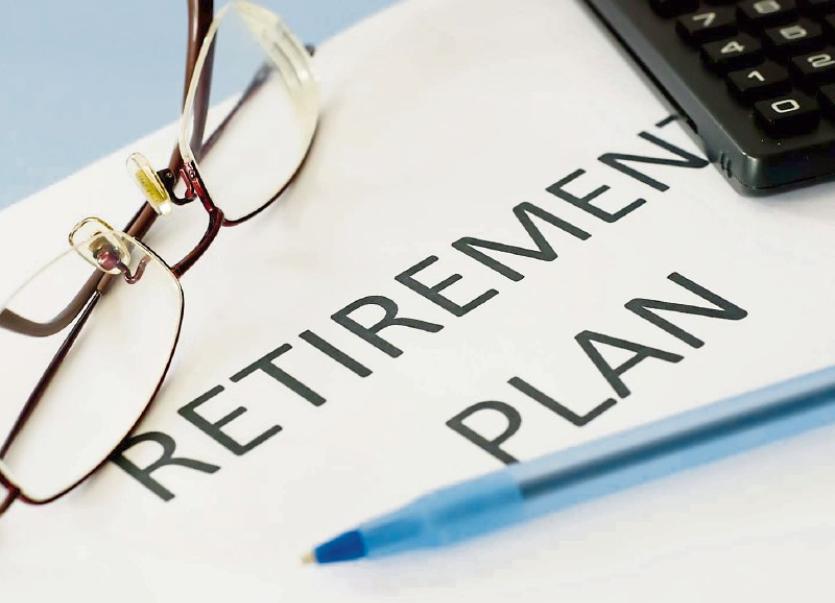 The definition of inertia is a tendency to do nothing or remain unchanged. And for many people, it is the single biggest thing that is preventing them from moving forward with their finances.

They know what they should be doing, but keep putting it off and this could be down to a number, of reasons.

They don’t want to make a wrong decision; they get distracted by work and home life; they prioritise short-term satisfaction over long term goals which, by the way, is the reason many people delay saving. They prefer to enjoy spending their money right now, neglecting saving for retirement, emergencies etc.

The impact of doing nothing however, and not following through on what you know or have been told to do, may not be seen until much later in our lives and by then, we are unable to remedy the situation.

A gentleman I met last week is a case in point. He reached out looking for help with some retirement planning. He is 43-years-old and explained how he had been working with the same company for the past 13 years. But in that time, he never joined their pension scheme, despite being invited to, shortly after joining.

I asked him why he never did, and he said he remembers being presented with a form and being asked to choose which investment fund he wanted to invest in and it all seemed, pretty complicated, and confusing, so he put if off at the time.

He promised himself that he absolutely would join the scheme and he was right, but it took him 13 years before he eventually did.

So, doing nothing right away is often the easiest choice to make, but it’s incredibly counterproductive.

As a result, of his inaction he has missed out on 13 years of free money, because had he joined the scheme when he was invited to, his employer would have contributed 8% of his salary to his pension fund, if he made the same contribution.

By not doing anything, he effectively said no to receiving €94,640.

If he made a commitment and joined the scheme, the value in his pension fund would have been €220,919, and the amount he would have personally contributed, only €40,560.

The value in his pension fund today, because of his inertia is ZERO - nothing. And he will never catch up to where he could have been because he can’t afford to make the contributions required – they have become too high.

I came across a similar situation last week when I met a woman who was under serious financial pressure.

Her son was in college and she was helping him with accommodation, registration fees, food etc. and it was important to her that she do this.

She struggled through the first two years but now the cracks were starting to appear because all her savings were gone, and she was having to fund his costs from day-to-day income. But she still had a mortgage, utility bills, transportation costs and food of her own to pay for and try as she may, she didn't earn enough.

With probably three more years of college costs ahead, and even with her son working part time to help out, she would have to borrow €25,000; there was no other choice.

There was no other choice now, but there was an easy one a number, of years ago that she failed to act on. And she admitted to me, it was her own fault.

She knew she had the opportunity when her son was younger, to save his children’s allowance. Even without it, she could have easily saved an amount each month that would have covered his future costs without now having to resort to borrowing.

Again, she always thought she would get around to opening that account, but never did.

And as the years went on, she began to rationalise to herself that she would be able to fund any college expense through her income, or from a future bonus or inheritance but they were poor excuses for inaction and she knew it.

I have many more examples I could give you, like the couple I encountered who were paying €107 more each month than they needed to for a life policy, but two years on, they still haven’t gotten around to changing it. It’s not just the saving they could achieve but the opportunity cost of not doing something else with it.

Or people who promise they will begin overpaying on their mortgage but don’t and again discover years later how much interest they would have saved. But now that interest is gone, and they will never be able to recover it.

Unfortunately, as time goes by and the longer people delay taking action, they begin to rationalise their inaction by saying things like “investing is too complicated”, “I will save more when I earn more”, “insurance policies are a waste of money” etc. If this is you, you need to overcome this way of thinking quickly because you are deluding yourself.

You become your own worst enemy with this type of behaviour and you need to stop if you want to make progress.

One of the ways you can overcome inertia is plain old action. So, whatever it is you have been putting off, just go ahead and do it.

It might be setting up a savings account, making a will, reviewing your mortgage etc. but I assure you, it will be a small-time commitment for a long-term reward. So, stop making excuses. Stop rationalising yourself out of doing something, and rationalise yourself into doing something instead.

And in 10 or 20 years’ time you will be more than disappointed by the things you could and should have done. So act now - your future self will be very thankful you did.