Momentum better than maths or the shotgun 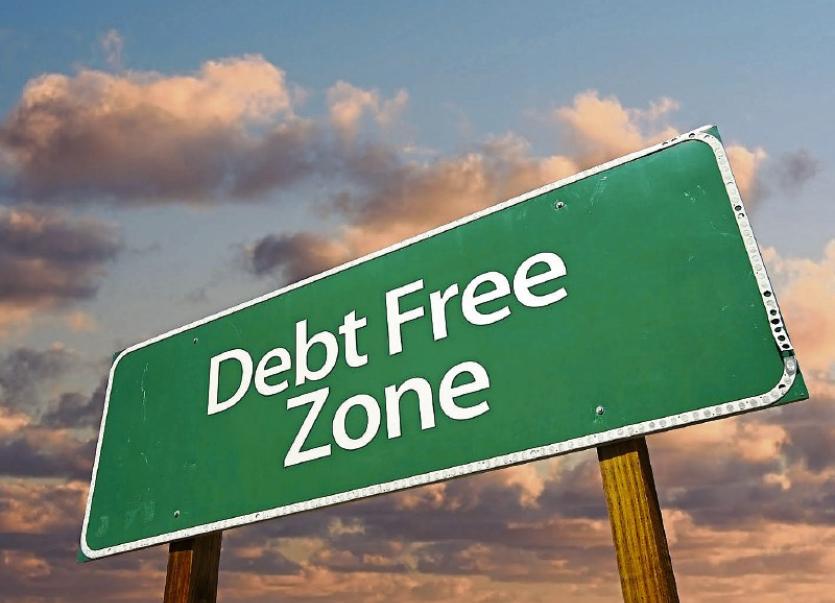 There are three methods of getting rid of your debt. Read on to see which is most effective

The trend of Irish people paying off debt has accelerated over the past few years.

Figures from the Central Bank show the ratio of indebtedness to income has decreased significantly in recent years. Despite this, Irish households still rank third on the European table of most indebtedness, with only Denmark and the Netherlands worse than us.

Debt exists in a person’s life for many reasons, but the two I come across most frequently are (a) poor spending behaviours and decision making and (b) lack of preparation for the unexpected i.e. unemployment, unexpected illness, divorce or separation, etc.

Regardless of the reason why people end up borrowing, everyone would love to be debt-free as fast as possible, but unfortunately the majority are going about it the wrong way, especially people who have multiple debt.

They want to pay it off as quickly as possible and are trying to do this, but quickly end up frustrated because of a lack of progress and give up. It can be very disheartening when you are paying a little bit more each month than you need to, but despite all your effort, you are still making very little inroads. So why bother?

The reason people don’t make progress is because they’re using the wrong strategy.

In the financial industry, it’s known as the Shotgun method of repayment.

The is because when you fire a shotgun, you release a number of pellets; the idea being by peppering your target area, you increase your chances, and are more likely to hit your intended target. So, when you are trying to attack all of your debts in one go, you pay more than you need to on each, but the difficulty doing this, is that you are getting nowhere fast. You would be much better off, if you concentrated all your efforts on clearing one debt at a time.

When it comes to choosing what debt you should focus all of your energy on first, if you were to look at the numbers only, it would suggest that focusing on debt that is costing you most i.e. the one with the highest interest rate, is where you should start.

This is technically the best way to pay off debt, and is called the Maths method.

Each debt you have has its own interest rate. Some may have a rate of 7% and others 12% or more. Of course the higher the interest rate, the more money you will end up paying back. So, it makes perfect sense to attack the loan with the highest rate.

But this method has its drawbacks as well, the biggest one being human nature.

It can prove time consuming particularly if the term is longer than a loan which has a lower rate. And even though it makes financial sense to focus your energy and surplus monies towards it, if you don’t feel you are seeing immediate results, you might abandon it and default back to the original repayment amount.

To counteract this, there is a second method which takes account of human behaviour and our need to see quick and immediate results and it’s known as the Momentum Strategy.

It gets you to focus on debt with the shortest term remaining. Forget about what rate is being charged, reorder your debt from lowest term remaining to highest and any surplus money you have, direct it in that order.

What you are doing here is building momentum with small debt payment victories. It’s like going on a diet and losing 5lbs in the first week. It’s confirmation that what you are doing really works.

Regardless of what strategy you use, the key to paying off debt quicker is paying more than you are asked to each month. To do this, you need to create those surplus funds.

And there is no better weapon to clearing debt than creating a budget.

A good starting point for anyone who wants to understand what their priorities are is to look at where their money goes each month. And in this regard, it’s important that your monthly outgoings aren’t just guesses, they need to reflect what your reality is. The best way to ensure this is to simply follow the money, preferably for a month, but at least for a couple of weeks, and record what you are spending your money on.

A client told me recently her priority was to save enough to put her child through college, yet we discovered she was spending more on clothes each month than she was saving into an account for her daughter.

That was her OMG moment. She could now identify areas where she could save or cut back. If, for example, you are committed to becoming debt-free as fast as you can, you can almost always reduce down, your spending.

When you see the impact, and how you can accomplish more, and achieve things that are important to you, by making some small changes, you will be motivated to act. But you need to know what you are up against first.

And if becoming debt-free is important to you, look at your monthly budget, identify that extra money that can be used to accelerate the repayment of debt, and I use the Momentum strategy. I believe it’s the fastest and best way of getting out of debt for good.