Fixed or variable? Third way could be for you 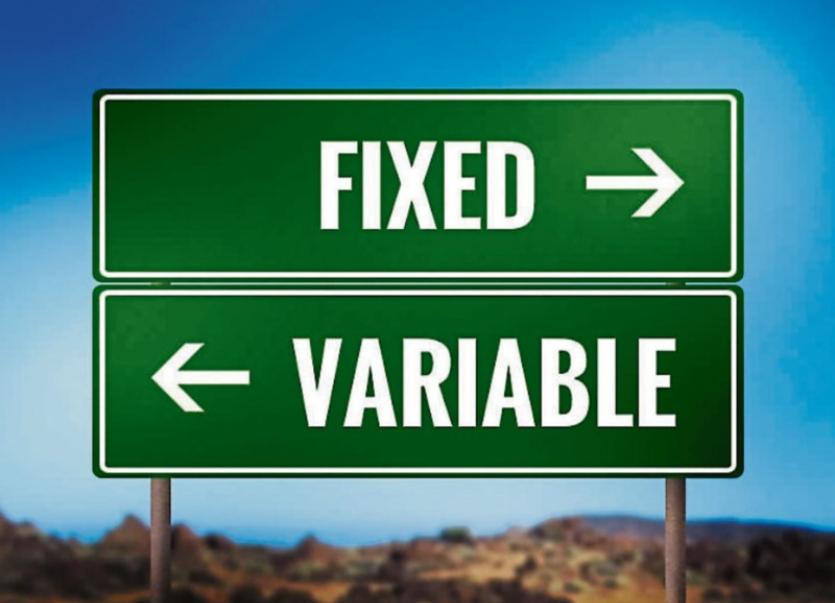 Fixed rate mortgage or variable rate? Or could there be a third way?

Since AIB announced a reduction to its variable and fixed interest rates earlier this month I have been receiving a lot of enquiries on the topic of mortgage.

Whenever a bank announces a rate reduction or increase for that matter, it's not always easy to know what to do. Should you stay with the rate and product you already have? Will rates come down further? Should you wait and see what happens?

If you did opt to switch to a fixed rate, how long should you choose? One, three, five, seven or even a 10-year fixed?

Before you make, a decision it’s worth remembering what each has to offer and what the advantages and disadvantages of each are.

In general, variable rates should be lower than fixed rates because the borrower pays a premium for the certainty of that fixed rate. That is not always the case, however, and some banks have lower fixed rates than variable ones, particularly when the loan to value is > 50%. Over the length of a mortgage, however, a variable rate should cost less than a fixed rate.

Variable rates can be more appropriate for some people because they don’t tie you to a lender for any set period and the mortgage can be redeemed at any time without penalty. You can also make monthly overpayments which would accelerate the repayment of the mortgage, something you can be restricted from doing when you have a fixed rate.

And with a variable rate, if the interest rate reduces, you benefit but if the rate increases you obviously will see your monthly repayment increase. This is something people who operate a very tight monthly budget have to be mindful of. If rates went up by 1% for example, what impact would this have on your monthly repayment? Would you be able to meet the increased repayment comfortably or would it put you under pressure?

A fixed rate, on the other hand, gives a borrower the option to have the same rate for an agreed period of time. At the end of the fixed period the borrower is given a further range of options. So, it provides certainty for a borrower and makes budgeting each month that little bit easier.

The benefit of a fixed rate is that if market rates increase, it does not affect the borrower; equally they will not be able to avail of reductions when rates drop. And fixed rates really do tie you to a lender because if you try to leave early, they will impose exit penalties, and those can be very large. So, with a fixed rate, you are effectively taking a gamble on whether you will be better or worse off depending on how interest rates move in the market place during fixed period chosen.

Apart from the advantages and disadvantages of each, you picked one over the other at some stage and did so for a reason. So, has the reason changed that is making you consider moving from variable to fixed and vice versa?

For example, you may have originally chosen a fixed rate because you were unsure about how secure your job was. Now, you may feel your job is more secure, and your income is back at a level that could absorb an interest rate hike. Because of that, a variable rate is more appropriate and you are now also in a position to overpay each month - more than a fixed rate will allow you to.

The decision to opt for a fixed or variable rate therefore, really comes down to your own personal circumstances. This is best illustrated by a client I met last week who had a mortgage with Ulster Bank.

He was currently on a variable rate at 4.3%. He had no equity in his property i.e. the value was worth about what he owed to UB, so he couldn’t move to another lender even if he wanted. But nonetheless, he had three options, and one was particularly good. They were:

The caveat with this rate was that he had to move his current account to UB as well.

Should he move his current account to them? Damn right he should. If he maintained a minimum balance of €3,000 in his account during the charging cycle he would pay no monthly management charges and if he didn’t, it would cost him €4.

So, worst case scenario, for the sake of €48, his repayments would be €720 lower over the year. So, a bit of a no brainer and something he is going to do.

That difference meant even more to him because his mortgage interest relief was just coming to an end; that was going to be €150 he would no longer receive, so switching from a variable rate 4.3% to a 3-year fixed rate at 3.2% made up that difference. That was his trigger to move to a fixed rate.

You don’t have to choose between a fixed or variable rate either; there is a third option and that is choosing both.

By opting for this structure, you are effectively hedging your bets. If interest rates rise, the fixed portion of your mortgage will provide stability and will save you money, and the impact on your monthly repayment isn’t as much because only a portion i.e. the variable bit, is exposed to the increase.

When rates decrease, you will benefit because the variable rate portion will decease reducing your monthly repayment.

I personally like this option because who knows what way rates will move in the months and years ahead. You could be lucky or unlucky depending on what choice you make, so take luck out of the equation and consider opting for both.