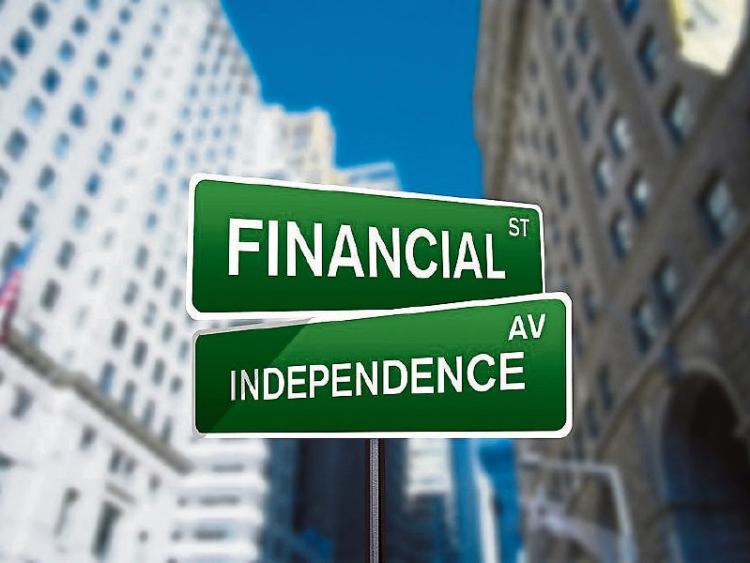 Financial independence is the key to retiring early

I was introduced to a gentleman last week, aged 50, who was looking for some financial advice.

In advance of our meeting, I asked him to prepare some documents so we would hit the ground running when we met. One particular spreadsheet he gave me outlined what pension provisions he had in place, and there among the data, in bold capital letters was: FIRE 58

When I saw this, I was very impressed, and let me tell you why. There are a number of different financial terms, that you may have heard of, that relate to a particular course of action.

The concept is this: You achieve a state where you have enough resources to live off, that allows you stop working if that is what you choose. So, the amount of money you have saved is enough to meet outgoings and you don’t have to rely on traditional sources of income anymore e.g. salary.

The reason some people follow a FIRE strategy is because they want to do other things with their lives, and don’t want to have to work well into their 60s. There are people, like the gentleman I met, who buy into the FIRE way of thinking and are challenging the way we traditionally think of what retirement is i.e. work until you are in receipt of the old age pension and at that stage, hopefully have enough money and good health to enjoy your free time.

There is a whole community that have set their FIRE date and are incredibly focused on achieving their goal. But, in order for it to become a reality, they have, to save, and save big.

The number that is most often bandied around when it comes to saving for a reasonable retirement is between 10% and 15% of your income. If you are doing that % and if you are lucky enough to have an employer contribute as well, then they’re good numbers.

The difficulty is that even if you are saving for example 15% of your income, you will still have to work for 43 years until you have enough to be able to retire on. People who understand the concept of FIRE are aware of this, and have no intention of waiting that length of time before they stop working. So, this is what they do.

They save between 50%, and in some extreme cases 75%, of their annual income.

Firstly, how much money do you actually need? Begin by writing down what income you think you need to live off, and if you need help, use your existing outgoings as a benchmark.

Building up that sum may not be achievable for some, but they may have other sources of non-pension income as well i.e. savings and investments, rental income or income from a second job they work at in their spare time.

Having another source of income other than having to rely on what you have built up in an investment or pension account, is the key to achieving financial independence and retiring early. Even saving 50% of your income is probably not going to be enough if you want to retire early, and those who recognise this, know they have to continue to earn after they “retire”.

After I completed the financial review for the gentleman I spoke about, the output from it showed he wasn’t going to reach his FIRE target at 58 but that was okay. He was going to continue saving as much as he could and would have a substantial fund in eight years’ time. While it wouldn’t sustain him for the rest of his life, he didn’t want or need it to either.

And most people who adopt the FIRE strategy are the same. They want to work, contribute to society, build social connections, and they have some purpose to their life.

My client will have to work to supplement his FIRE fund but he will need to earn just €15,000 every year. He’s currently earning €75,000 so he has built quite a bit of flexibility into his plan which will allow him work part of the week, or month. He can work for three months of the year if he wants to, and take the rest of the year off. How great is that to look forward to?

The concept of FIRE in theory is pretty simple, but real life and all the financial things associated with it mean it’s not as easy to put into practice, and in some cases, impossible.

However, rather than dismissing the idea out of hand, keep the FIRE idea in mind, but consider redefining what you think retirement is, because this will help. Most of us believe it is a life of never making money ever again, but it doesn’t have to be like that. And maybe you don’t want it to be either.

We need to change our mindset and not automatically dismiss something out of hand and think it can’t be done. We need to give it more thought, and see what’s possible for each of us. If we can’t retire in our early 40s, we should look at developing other sources of income than just what our employers pay us, and it doesn’t mean we shouldn't look at our monthly budget a little more closely either.

FIRE isn't for everyone, but if the concept gets you thinking about how you can achieve financial independence and, or, retire early, two excellent goals, I think most would agree, then great, that’s the purpose of this article.