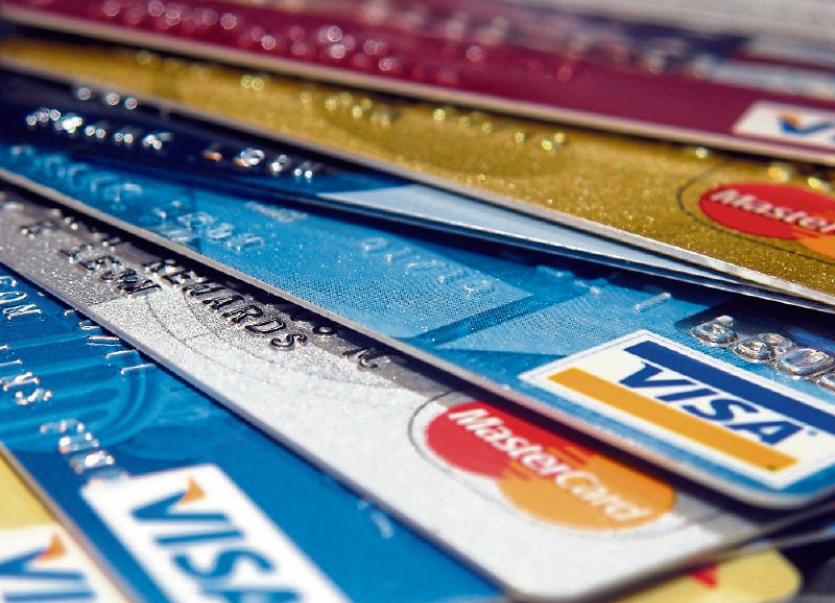 “What am I doing wrong?” That was the first line of an email I received last week from a women who reached out to me looking for advice. Her problem was her credit card.

And of course, the card itself wasn’t the problem. The amount she owed on it was.

She told me she owed €5,350 and all she could afford to pay was the minimum amount each month which was €107 (2% of the balance outstanding)

The interest rate she was being charged was 22.1% which meant that if she continued to pay the minimum amount each month, it would take her 11.4 years to clear it in full, and she would end up paying c. €9,500 in interest payments in the process.

The problem she had with paying the minimum amount each month was that she was making very little inroads into paying the debt off. She didn’t know how long it was going to take her to repay it in full, but she knew the amount she was paying was having very little impact because every time she received a statement, it was showing little or no movement on the balance owed.

And she was right. The €107 she was paying each month was making very little impact. When I told her just €8.47 of it was going towards the capital, she was shocked, angry and upset.

If you want to figure out very quickly how much your card is costing you in interest each month by the way, this is how you calculate it:

So, making minimum monthly payments will get you nowhere with clearing debt. This strategy is what credit card providers want you to do as it makes them very rich, because you end up paying them a fortune in interest.

Unfortunately the woman who contacted me, is not alone. According to the Central Bank who issued data in this area on May 15, they confirmed there is c. €1.6 billion owed on personal credit cards in Ireland as of the end of March 2017. And of that amount, interest is charged on c. €1.2 billion of it.

The worrying aspect of the findings however is the balance outstanding as a % of their credit limit. They have stayed the same from the previous year which would suggest the vast majority of people who carry debt over to the following month are only making minimum payments each month.

The good news for the woman who contacted me, however, is that with a little bit of effort and hard work, she won’t have to wait 11 years before she sees her balance at €0. She can accelerate the repayment of it if she has what I refer to as the PBS method, and it stands for:

S – Stick to the plan

If this woman was to pay 3% every month rather than 2%, the impact this amount will have on the time it takes to repay her debt and the amount of interest is significant. She just didn’t know how significant until I told her.

Increasing her repayment each month to €161 (3%) would mean her debt would be repaid in full in 4.3 years. That’s seven years quicker than her current plan.

And the amount of interest she would pay back is €3,002. Again, that’s an interest saving of 67% from what her current strategy was, and all for an extra €54 per month.

She needs to know what areas in her monthly outgoings require adjustments so she could add it to her minimum repayment amount and reach that figure of €54.

Breaking down that amount to €1.77 per day, I think makes it all the easier to find.

I don’t think giving up one soft drink, a bar of chocolate, or one less coffee every day is going to alter your quality of life that much. It’s amazing how much money you could save if your motivation is strong enough. And if saving €6,000 in interest payments and taking seven years off the length of time your debt is repaid in full, all for €1.77 per day, isn’t a big enough reason, then I don’t know what would be.

A word of caution: when you see the impact the extra amount can have on your debt, some people go too far and cut too much from their monthly expenses. The weekly takeaway is gone, they reduce their weekly grocery shop etc. but after a while they get fed up of this and begin to think repaying their debt isn’t worth the effort, even with all the savings.

You can’t dip in and out of paying an extra amount when you feel like it. It has to be consistent if you want it to be effective.

And once you find it, the best way you keep to plan is to make it automatic. Set up a standing order from your account for that fixed amount each month so the overpayment happens automatically without any interference or temptation from you.

If you take one thing away from this article, I hope it is to pay more than the minimum amount each month. Don’t get suckered into paying it because that’s exactly what your credit card provider wants.