Put your mind to a goal and you'll achieve it 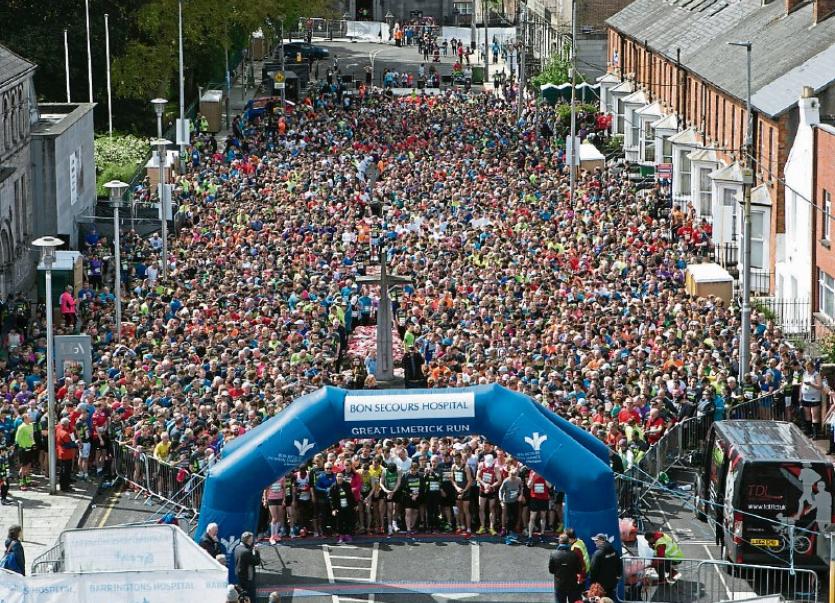 I did a 10km run back in January, and it was horrific. I didn’t train at all for it, and very impulsively decided to enter the week before after seeing a sign advertising the run.

I would say less than 1km into the race, I knew it was a bad idea. I was going to suffer, and suffer badly I did. And as I crossed the finish line, I said to myself that was it, never again.

I was actually ashamed of myself at how terrible I ran and how badly I felt afterwards, but it quickly became a turning point for me as well. It was a moment when I vowed it will never happen again, because I was going to do something about it.

And with that in mind in early February I set my sights on The Great Limerick Run.

You might be wondering what any of this has got to do with finance, but it has, because when I began to think about the lessons I learned from the race in January and two weeks ago, from a financial perspective, they were these:

Get help and put a plan in place:

I had no idea how much I should be running each week, or often I should be training so I did something very simple, I googled how to prepare for a 10km run.

The result was thousands of sites but I followed one I thought would suit me best and it was a schedule developed by one Hal Higdon.

And there it was all laid out for me, what I should be doing for the next eight weeks.

If I tried to do it myself, I might have been running too much or not often enough, but here was a tried and proven plan, written by an expert. I didn’t have to write it, or second guess it. All I had to do was follow it.

And when it comes to your finances whether that is trying to get out of debt or preparing yourself to make a mortgage application for the first time, get help. Find out from the experts what you need to do in advance and if you follow through on the advice, you will be guaranteed the outcome you want.

Set a goal and stick to the plan

There were times when I might have been working in Dublin and wouldn’t get back home until late in the evening so I missed some of what Hal Higdon said I should be doing.

I wanted to set a goal that would challenge me and achieve something I would be proud of. It was going to be a big ask, but if I didn’t create a big enough goal for myself, I don’t think I would have trained as hard as I did.

When it comes to your finances, you have to set a goal that is going to challenge you, something that will motivate you to keep going. If you want to save a certain amount or you want to get rid of personal debt, set yourself a goal that is challenging but also achievable.

When you are going to achieve your financial goal is critical. It’s like the pace you run at.

I remember my first GLR, because if I ran the last 5km like I did the first, you would have seen me in Rio last year.

I took off like a greyhound but I couldn’t sustain it and walked the last 3km because I was burnt out. I have since learned that really good runners start off at a pace which gradually becomes faster as the race goes on, and by doing this they reach the finish line faster than it they did it the other way round.

So, you need to get into a rhythm that suits you. If you want to save money, there is no point in starting off with an amount you can’t continue with. It’s pointless saving for example €400 each month and putting yourself under huge pressure, so much so that in four months you stop saving altogether.

You would have been better off starting saving €200 and continuing to save €200 in month 4, 5, 6, 7 etc... Then gradually increase that amount over time rather than starting off saving too much and end up saving nothing at all because you started off at a pace you couldn’t sustain. So, pace yourself.

But be prepared for the little voice in your head that will tell you this is too hard. Don’t give in, listen to the other voice telling you why you are doing it, and how much better off you are going to become.

When I thought back about the run and the training I did, what I really felt good about wasn't the time I ran, which I thought it would be. I was more proud of the fact I overcame the negative thoughts of not being able to run as fast as that again. So, it was more a mental success than a physical one. No matter what you try to do whether that is run a 10km, a marathon, or become mortgage-free in 10 years or less, you have to first overcome your limiting beliefs that it can’t be done. Why can’t it?