Prize bonds - are they worth investing in? 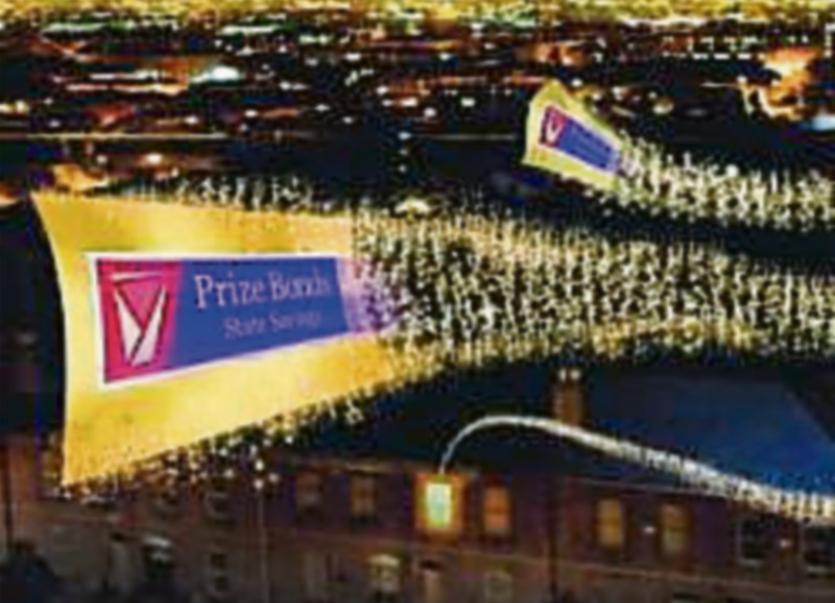 There are millions worth of prize bonds bought each year, but are they worth the investment?

You have a better chance of winning an Oscar, dying in an airplane crash, being attacked by a shark or being struck by lightning than you have of winning the prize bonds jackpot.

But despite the massive odds, people continue to invest heavily in Prize Bonds. In 2015, the last available accounts for The Prize Bond Company Limited, c.€551 million worth of prize bonds were purchased and c.€253 million were encashed and can you blame them given how bad interest rates are.

Given that a prize bond is 100% capital guaranteed and fully redeemable at face value of the amount you originally bought them at (after an initial period of three months) the only risk to your capital is an inflationary one.

Interest rates from money on deposit where you have immediate access to funds are about 0.4% gross, so if you had €10,000 on deposit, the net amount you will earn in interest after 12 months will be €24.40.

Absolutely appalling, I know, and if you did have €10,000 to invest, where you wanted quick access to funds, you have a number of options. Three of those include:

1. You can suck up the awful interest rate for money on deposit, until interest rates rise, and be happy with your €24.40 each year.

2. You can invest in equity-type products where your capital isn't guaranteed, where you could see your balance increase by 10% (€590 per year after tax) or equally see it drop by 10% (€1,000). Of course the increase and decrease % could be quite a bit more depending on the type of product you invest in, but for the purpose of this exercise let’s stick with 10%.

Prize bonds are 60 years old this month with the first draw made back in March 1957. They came into existence under the then finance minister, Mr. Gerard Sweetman, who provided for PB in the Finance (Miscellaneous Provisions) Act of 1956.

They have progressed quite a bit since then; this year there will be in excess of 5,000 prizes won each week.

There is a draw for €1 million made in March, June, September and December and the amounts you can win each week, which are received tax-free, are €50,000 (one awarded each week but not when the €1million draw is made), €1,000 (10 awarded), €500 (another 10 awarded) and the remainder is made up of €50 cash prizes. The number of €50 prizes won will depend on the size and value of the fund which will change each month.

Briefly, a prize bond is an IOU given by the government to you for the money you give to them, and rather than them giving you anything in return, like a government bond would, your money is entered into a weekly draw in return for cash prizes.

At the end of 2015 there was c. €2.4 billion invested in prize bonds and from that the Government take 0.85% of the fund invested. That amount is then available for prizes each month. What this meant in real terms was a prize fund of c. €29 million that was made available for draws in 2015 with the average win, based on the number of prize bond holders (there was about 384 million in 2015) of €75.50.

A client told me recently how he wins on average about €500 per year in Prize Bonds for his €20,000 investment and has done so for the past five years. This is a return of 2.5% per year and because he doesn’t have to pay tax on it, he is effectively getting a gross return of 4.09%, which is excellent.

Maybe he is just very lucky because the majority of people I know, who have prize bonds, have never won anything, despite the claim that you have a one in four chance of winning.

Is this down to the amount of bonds they have? It could be, is the best answer I can give you.

It has been suggested that the minimum you would need to invest in Prize Bonds to improve your chances of winning is €4,000 because if you did, rather than waiting statistically four years before you win a prize if you invested €1,000, your odds with a €4,000 investment will mean you have to wait on average 47 weeks before you win something, which in all likelihood is going to be €50.

The odds mightn’t be great, but that’s not to say you shouldn't invest in Prize Bonds either, because I think you should, just not all of your money. There were four €1 million winners last year from Galway, Kilkenny, Dublin and Meath and I don’t know if all of their money was invested in Prize Bonds or not, but the likelihood is that it wasn’t.

As they saying goes - if you’re not in you can’t win. Just don’t go all in, that’s all.