Consider this before you quit your day job 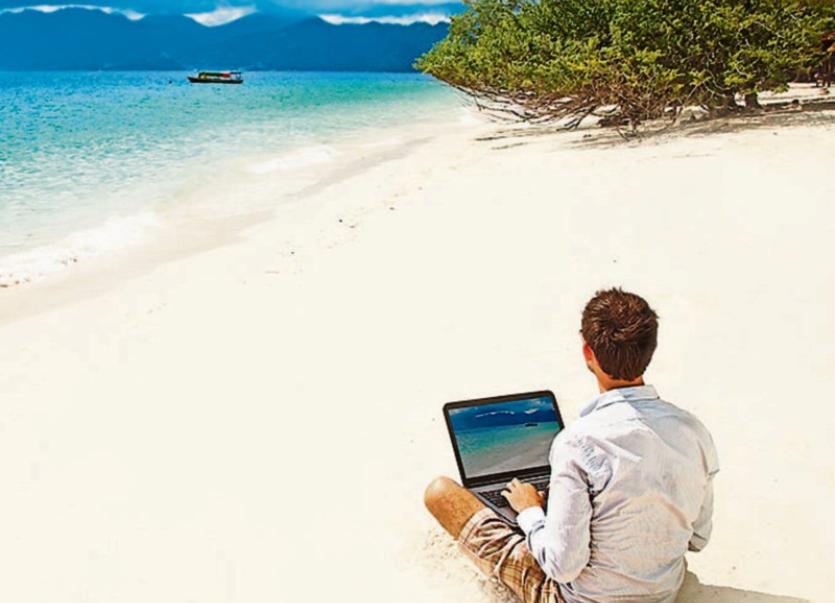 Many people might have an idyllic notion of working for themselves...but the figures have to add up

There was much debate recently when it was revealed that bestselling author Donal Ryan, had to return to his day job, because he simply couldn’t afford to remain a full time author.

With a mortgage to pay, kids to put through school etc. he just didn’t want to, in his own words “scrape a living”, so he is returning to the civil service and taking up a role with the Workplace Relations Commission.

I only hope having to return to his day job doesn’t impact the frequency and quality of his work. I’m sure it won’t and our loss (and I’m sure there won’t be one) is the WRC’s gain.

What interested me when I heard about Donal’s decision was that it really shouldn’t have come as much of a surprise to anybody.

People think because you are a bestselling author or you appear on the TV you must be loaded. I have worked with many well-known individuals in the literary and television sector over the past number of years, and they don’t earn half as much as you think they do. They have financial woes just like everyone else.

I come across people all the time who are working in corporate land but would rather be doing something else. Some get carried away in the excitement of what might be, decide to roll the dice and discover, much to their regret later that even if they were successful, it still may not be enough to pay their mortgage.

They may love doing what they do, but from an economic perspective, the numbers don’t add up, and you know what? They never did.

People get carried away in the moment, and the trigger for this might be because they don’t like their present job, they don’t get on with their boss, feel their work isn’t being recognised properly, don’t see any advancement in the future etc. or they have seen others who left their 9 to 5 job, began their own venture, have become successful and they want the same, so they take a giant leap of faith and go for it.

Any entrepreneur will tell you you have to take risks, there are no guarantees. But these risks have to be grounded in reality whether you like to hear them or not, and that is so important. Let me give you an example of this.

I was working with a gentleman last week who had just accepted a voluntary redundancy package from his previous employer of nine years. His package was good and he had time to figure out what his next step was? He had this idea and he thought there was something to it, and from the way he spoke about it, it was obvious it was something he was very passionate and excited about.

I asked him what his break even point was with his own finances each month.

Forget about this new business for moment, how much did he need in his account each month to pay his bills and put food on the table? Once we knew what that number was, we could work backwards and figure out if this venture would be able to pay him the amount he and his family needed.

So, we figured out how much it was. (It was €5,300 per month by the way). We then looked at his initial outlay and the capital he required to get started, and we looked at how long it would it take before funds started to come in. The latter point was important because he would need to use his redundancy money to pay himself a salary for a while, so how long would that last?

Would his new venture be able to pay him €5,300 each month when he was fully up and running and trading for a period of time? The answer was no. No matter how successful this venture was, at best it would pay him about €3,000 each month. This was still an excellent amount but he needed more, he was €2,300 short of what he needed.

Yes he could have asked for a moratorium on his mortgage for 12 months or asked to be put on interest only repayments but why in the name of God would you want to do this?

You may need that breathing space from a cash flow perspective while you get your new venture up and running but I would caution against this unless you were absolutely certain the amount you earn in the future will exceed your normal outgoings.

Why take the risk otherwise? You are fooling yourself and trying to make things happen and you begin to massage the numbers to convince yourself you will make a go of things.

Donal Ryan said he gets about 40 cent for every book he sells so if someone was getting the same amount for every book sold, and they needed to earn €4,000 per month to pay their mortgage, utilities, food, transport etc. they would have to sell 170,000 books to net €48,000 per year.

That’s a big ask when you consider the bestselling book in Ireland in 2016 was written by JK Rowling (Harry Potter and the Cursed Child) which sold 69,890 units.

You have to be very careful before you quit your day job to pursue something you are passionate about. Be realistic, and ask yourself what’s the worst and best that could happen, before you make a decision.

Maybe your new venture should start off as part time business. The great Jim Rohn once said, he started off working part time on his fortune and full time on his job.