Focus on one or two areas of financial fitness 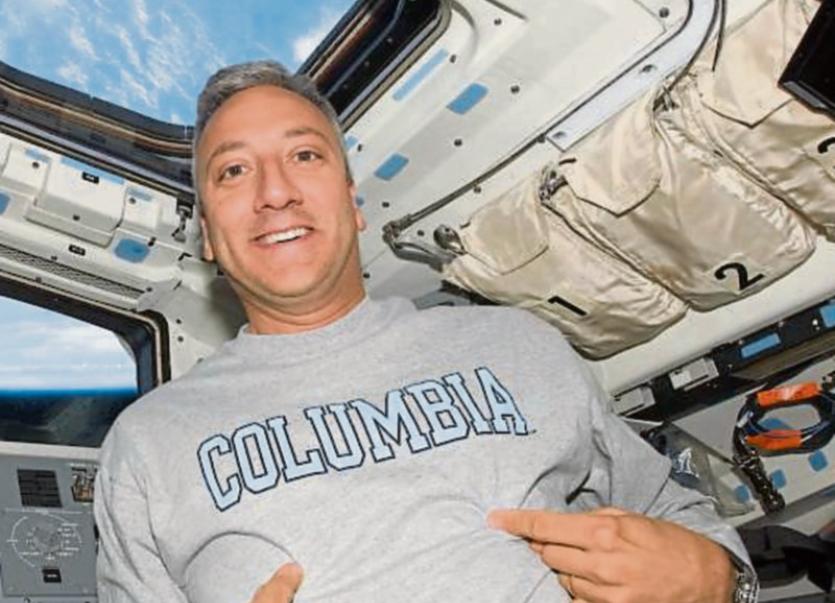 Mike Massimino said “Okay, if that's what I have to do, I'll do it," when told what was required to be an astronaut. The same attitude applies to your financial goals

As promised, I wanted to follow up last week’s article with suggestions for some New Year’s financial goals for you to consider.

Sometimes people don’t know what to focus on, or they don’t know how to set goals, others don’t want to set any because of fear of failure. Of course there is a danger in failing at anything you do, but there is a bigger danger when you don’t aim to achieve something, or at least try.

There is no doubt we are living in uncertain times - 2016 was a doozy with Brexit and Donald Trump’s election as US president and 2017 looks set to be just as unpredictable.

From a financial perspective, however, no matter what happens in the outside world - despite what you might think or what others might lead you to believe - there are things you have complete control over; like, how much you spend and save each month, and how much debt you decide to take on.

I am going to outline some areas I would like you to consider, think about and focus on in 2017. Rather than trying to implement all of them, focus on just one or two, and concentrate all your efforts into achieving whatever these goals happen to be, rather than trying to do a little bit of everything.

For example, if you want to pay down debt, and you have emergency funds in place, then it should be your sole focus for the year ahead.

You want nothing else to distract you, and you want tunnel vision in getting rid of it. If you have no debt, but you want to increase your savings, again it should have priority over any other area of your finances and so on.

I want you to consider the following in 2017:

If you are not contributing to a pension then start one and take advantage of your employer matches, if they are making them as well.

If you have been contributing already, then well done but how about increasing the amount you save this year by 1%, or can you even do 2%?

You might think 1% is not much and it won’t make any real difference but it could, and for a client of mine who increased his contributions this week, the1% increase means he can retire two years earlier than he could have if he kept his contributions the same as last year.

Don’t make the mistake and fool yourself into thinking that because you are not driving a 2017 reg car, or have two holidays planned that you are not overspending.

A shopping trip every weekend could add up over the course of the year and be as damaging to your finances as debt is. Keep an eye on what you are spending each month and if you can set up a monthly budget, I guarantee you, it will make you make better financial decisions.

Take more notice of your credit card and what interest rate you are being charged - consider moving to lower rate providers. Whatever you do, pay more than the minimum amount due each month. Better still, pay everything you owe off every month.

If you are not prepared for the worst, then get emergency-ready and aim to save at least one month’s salary as fast as you can that can be called upon in the event of an emergency

Spend less time looking at Facebook, Instagram, Twitter, Paradise Bay or whatever it is, and take a walk, exercise, or read a book. Someone once said the greatest wealth is found between the pages of a book, and I couldn't agree more.

I have been reading a great book over Xmas about the life of a NASA astronaut called Mike Massimino and his story is incredibly motivating and inspiring. Spending 15 minutes a day reading a book like this, rather than mindlessly looking at photographs of Kanye West or the Kardashians is something I would encourage people to try.

Don’t panic or get overly stressed about the stock markets ups and downs and how they might affect the value of your pension fund.

Over time the stock market will perform better for you than having your money invested in cash or bonds.

So if you are 10 years+ from retirement, don't try to beat the market by reacting to everything that happens - it’s all outside your control. Stay invested, take a long term view and you will be fine and end up better off and less stressed!

Spend a little bit more time looking at your finances. We spend c. 40 hours working each week, but we spend no time managing and organising them. So, how about spending 10 minutes each week in 2017, looking at and reviewing your finances?

This includes having a system in place like a file saved on your computer or even something as simple as having an A4 size folder at home which includes copies of bank statements, your will, pension statements, home insurance policy, life assurance documents etc. The key is having a secure, go-to place that has up to date statements for all things financial.

Focus on getting rid of high interest debt and make it one of your top priorities to achieve that in 2017.

It can account for a large part of your monthly budget and any debt repayments are the enemy to savings. Find areas in your monthly outgoings that you can cut back on, and use that extra money to pay more each month.

Don’t rule out selling things you don’t need or use, create a second source of income, do anything it takes to clear off your debt.

As Mike Massimino says in his book, when told what he would need to do to become an astronaut he said, “Okay, if that's what I have to do, I'll do it.”