Don't rush to play your cards over Trump 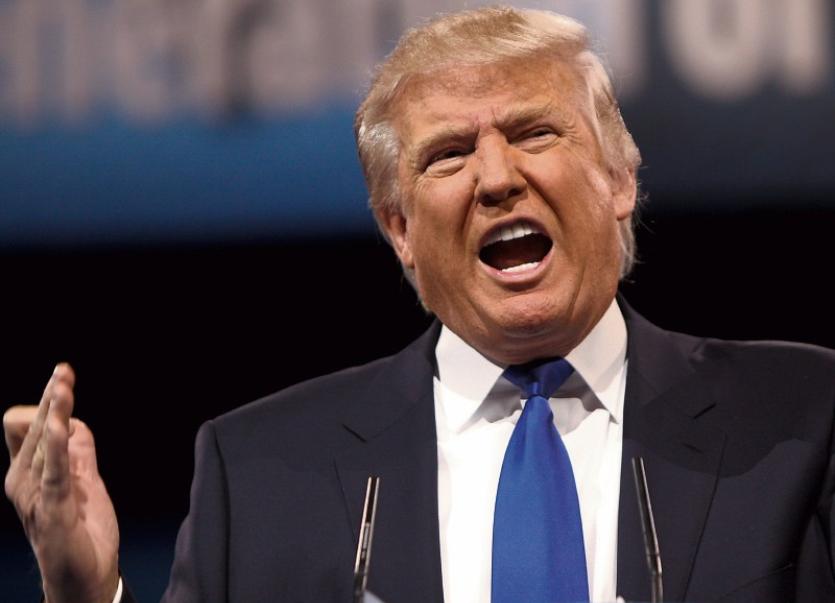 Like him or loath him, Donald J. Trump on Friday January 20 2017, will be sworn into office, becoming the 45th president of the United States of America.

He’s not the first personality who is going to be president and not the first who was made wealthy by his father. He is however, the first non-politician, and the first whose companies, filed for bankruptcy, not once, not twice, not even three times but four times. Incredible stuff!

Anyway, what does a presidency with Trump at the helm mean to us and our money this side of the Atlantic? Will it have any impact on the value of your pension fund? What will it mean for investment funds? Is now the time to invest in the stock market or get out?

Who knows what the next four years will hold, but what I do know is, how you react and who you get your advice from, and act upon could have a bigger impact than anything Trump might do.

I say this because the level of inaccuracy and misinformation coming from the media here and abroad, on a regular basis, when it comes to financial matters is appalling. Not only do commentators get it consistently wrong (one study found that 97% of the time so called experts failed to predict recessions, failed to predict market performance etc.). If you act on their advice, you could end up losing money and losing it very quickly at that.

Citi Bank for example predicted a Trump victory would see markets drop by 3% to 5%.

A professor at MIT Sloan, Simon Johnson predicted financial Armageddon if Trump won, a likely crash in the broader world market he said. This is what actually happened.

When Trump was named the winner in the early hours of November 9, markets immediately plunged by more than 4% but when the Dow and S&P 500 opened later, they were actually up a fraction of a percentage and ended the day a little over +1%.

The fear of what might happen to markets because of Trump’s victory failed to materialise and while they stuttered as the news of his victory emerged, they rallied.

They did so, because some of Trump’s policies may actually help US companies because his economic platform is very pro-business. The centre piece of his economic plan is a big tax cut, nearly $3 trillion over 10 years.

He wants to lower the corporation tax rate from 35% to 15%. He wants to reduce the regulatory burden on corporations; he wants to allow organisations to repatriate overseas cash at a rate of 10%. If these are passed it would result in bigger valuations of companies by increasing their corporate after tax incomes.

All of this is not lost on investors because three days after his election more than $4 billion was invested in US equities.

Hargreaves Lansdown, the UK’s biggest retail investment platform said the majority of investors were buying (62% of trades) as opposed to selling which was a completely at odds to what the ‘experts’ had been predicting.

Investment strategists have said it would take time until everyone knows how much of Trump’s pre-election rhetoric was just mischief on his part or whether they will actually be transformed into policies.

There is lots of noise out there about what Trump will or won’t do, so you need time to reflect and decide what you should do next, if anything. Because, you never want to make decisions when you are in an emotional state, especially when it comes to your money.

The worst thing investors can do and it is something I have said many times in this column is to act rashly, when emotions are still running high, and we only have to look at what happened with Brexit as a prime example of this. Those who panicked at the result crystallised losses, whereas those that remained invested bounced back and have seen gains since the result.

If you want some reassurance that Trump in the White House doesn’t automatically mean your pension fund will halve in value like it probably did back in 2008, the evidence that it won’t is compelling because the majority of academic research proves that when returns are measured in years, rather than weeks or months, which is the kind of time horizon investors should focus on, it doesn’t matter much who occupies the White House.

What is very important however is to have a well-diversified portfolio. Review your pension and investment funds and don’t limit yourself to just one or two types of investments or sectors. Spread your risk across different companies, industries, geographical locations, property and bonds.

And take a long term view. It’s easy to get caught up in the drama of short market falls, and lots of knife throwing financial experts who only have a 3% success rate with their predictions so be very careful who you listen to and what they are suggesting.

Rather than stopping putting money into your savings or pension funds because of what happened in the US, because you fear what will happen to them, you should in fact do the opposite - you should save more if you can. If anything it will only improve your personal financial situation, no matter what happens in America or to markets.