Income is your most vital asset - protect it 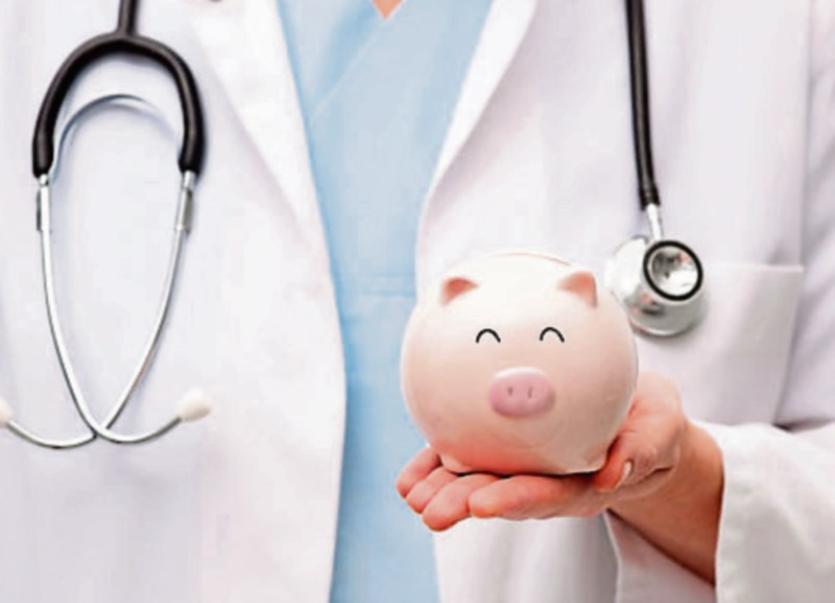 Serious illness cover is worth considering

How many people, do you think, are out of work for more than four weeks because they suffered an accident, illness or injury which prevented them from working?

You might underestimate the amount because according to research carried out by Canada Life recently, employees seriously underestimate how common it is to be out of work for more than four weeks. They found the numbers out of work due to illness or injury are 10 times greater than we think.

Obviously there is never a right time to fall ill or become involved in an accident. Most of us take our health for granted and do not expect a long term illness or injury, but we probably all know someone it has happened to.

If someone is unable to work for whatever length of time, it can also bring their earned income to a halt as well. “It will never happen to me”, is an answer I often hear from people when I discuss income protection with them. Statistics, however, tell us a different story.

For example: Just 15% of the private sector employees get paid for six months or more if they are off sick. Do you know how much your employer would pay you for and for how long?

Over one third of employees believe their salary will be paid by their employer, when in fact they won’t. The worst statistic of all is that less than 10% of the Irish workforce has any form of income protection cover

We spend considerable time, and rightly so, planning for our future after we finish our working life - saving into retirement plans, paying down debt as fast as we can - but we fail to put plans in place if our working life has to end sooner than anticipated. How are we going to repay debt, or fund pension plans when our income could drop by as much as 80%?

This is exactly what was going to happen to a new client of mine I met recently. He was very keen to pay down debt, save as much as he was allowed to into his pension plan, save into a regular savings account etc. all of which were really good things to be doing, by the way.

But I wanted to rein him in a little, so I asked him before he got too carried away with himself, how much of his salary would his employer pay and for how long if he was unable to work because of an illness?

He looked back at me with a blank expression on his face – he had no clue.

He discovered, by asking his employer, that if anything did happen to him and he was absent from work due to an illness, any payment made by them was entirely at their discretion.

Best case, should they deem a payment appropriate, they would pay 75% of his salary minus social welfare payments for a maximum of 13 weeks. Worst case they would pay him nothing, effective from the moment he doesn’t show up for work.

While he had savings that could be called upon if needed to bridge this deficit, they would be exhausted in 14 weeks. He may have had financial support from his family, but did he really want to be dependent on others, or put them under pressure as well?

Of course he didn’t, so what could be done to overcome this?

Permanent Health Insurance (PHI) is a protection offered by life assurance companies, that pays out an income should you suffer a loss of income by being unable to work due to a sickness or disability lasting longer than the deferred period under the policy.

The deferred period will typically be either 13, 26 or 52 weeks, so you must be out of work for at least the period chosen before the PHI income starts to be payable.

You can claim tax relief on PHI premiums, up to an annual limit of 10% of income as well.

In my new client’s situation, I looked at covering 75% of his salary, inclusive of what the state would pay him, and the cost of putting this policy in place for him was...€1.19 per day.

Finally, I just want to refer to the merits of having a serious illness policy in place and whether it is better than an income protection one, because some people confuse and conflate them. They are two very different types of policies, so let me explain why I believe the PHI one was better for him if he had to choose one over the other.

A serious illness policy only covers a specified number of illnesses whereas income protection covers any illness, injury, accident or disability that prevents you from working.

There is no tax relief available on a serious illness policy, whereas there is with a PHI policy and you can currently claim tax relief at your marginal rate on monthly premiums

You can only claim once on a serious illness policy, but with an income protection policy there is a multiple claim facility so you can claim as many times as necessary.

If he took out an income protection policy that covered his income in the amount of €51,000 paying €3,056 each month, it would cost him, after tax relief €35.96 per month, and would last until he reached retirement age i.e. 68. So not only was a PHI policy less expensive each month, more importantly the end date is when he reached 68 – not 32 as would be the case with a serious illness policy if used now.