Brexit can awaken vigilance about pensions 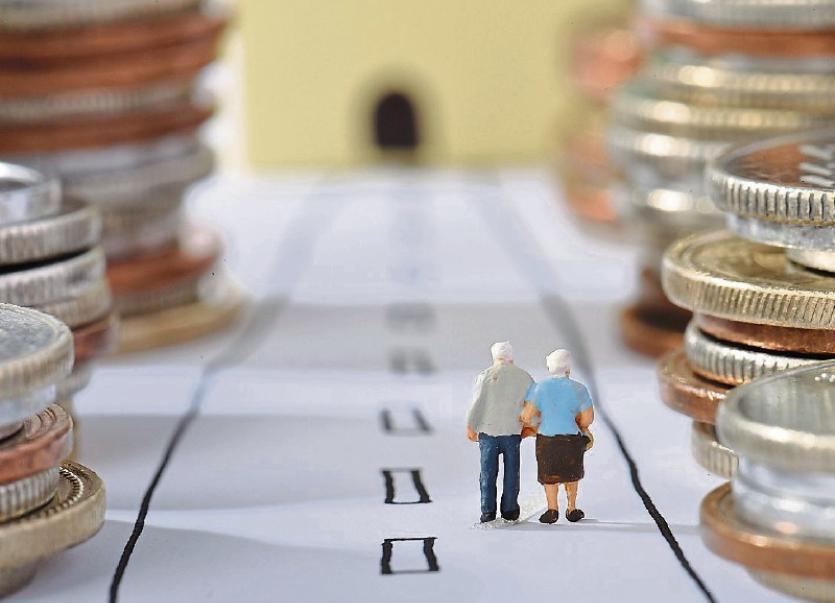 I received quite a response to last week’s article about what you should or shouldn’t be doing with pension and investment funds following the UK’s decision to leave the EU.

Given how important this subject matter clearly is to people, I am going to continue this week and cover some of the questions readers have been sending me.

I received one email from a reader in his 30s which was typical of many who was about to do one of two things following Brexit.

Those were a) stop paying into his pension altogether until things calmed down or b) change his pension strategy altogether and move everything he invests each month into safe investments like cash or government bonds.

Let me first deal with suspending putting money into a pension for a period of time.

This gentleman was setting aside €200 each month, and after tax (he paid tax at the marginal rate which is 40%) it was costing him €120. His employer was matching his contribution of €200, so there was €400 going into his pension fund each month, which was costing him just €120. That means, without any growth, the return he was receiving based on the net amount he personally lodged to his fund each month was 233%.

All he was hearing from friends and family, however, and what he was watching on TV, was how stock markets across the globe were crashing, and his emotional instinct was he should stop contributing, to protect himself.

His starting point every month was +233%, which is quite a return and incentive to not stop contributing, don’t you think?

Thankfully when I pointed this out to him, he saw the light and didn’t stop contributing. In fact, he is going to increase his contributions. This leads on to his next question which was how often should he look at how his pension is structured.

Generally it’s probably not a great idea to look at your pension or investment statements too often, but now is that time when you should take a look. Review how your investment and pension funds are structured is something that should be looked at, and maybe rebalanced every 12/18 months. Research shows nine out of ten people don’t rebalance and don’t go through a regular process of updating their risk profile and pension portfolio to keep up with movements in the market.

The importance of making sure your fund is well diversified can’t be underestimated because no one knows for sure where markets are going, but one thing we do know is different segments of the market i.e. equities, bonds, cash, property etc. tend to do well at different times, so owning bonds is a form of insurance against owning equities and vice versa.

Although you can’t shut yourself away from risk altogether, and you shouldn’t, you can still protect yourself by diversifying your assets.

Having a mix of each in your portfolio will mean that although you won’t do as well as if you held everything in the asset that performs best (something you cannot predict) holding a percentage of each will mean you won’t lose everything either.

Unless there is an overwhelming reason for you to change your investment strategy - like if you are coming close to retirement age and are still heavily invested in equities - then stay invested, but know what you are investing in.

What I have suggested with some of my clients to avoid over reacting and succumbing to that loss aversion behaviour I referred to was to have a bottom line number (you should also have a top line number). Unless the value of your fund goes below that number don’t do anything. This stops people from getting carried away at crucial times.

There is a volatility index that gauges the level of fear in financial markets. It is called the CBOE Market Volatility Index (VIX). When the results of the UK referendum were known, the index jumped 49% to 25.76 points.

Traditionally when the VIX rises above 20, it suggests that investors are very nervous. Not as nervous as the financial crisis of 2008, however when it topped 80.

Judging by these numbers it appears investors monitored the referendum for months and had time to adjust their portfolios, just in case. Many fund managers back in May actually cut their allocations to UK equities to their lowest weighting in seven and a half years, so the chances are that your fund will have a diverse mix of assets.

Finally, if you can’t handle the stress of investing in the stock market, that is fine as well. The market is going to be volatile for the next few years, no doubt about it, and if you are reluctant to give the situation in the UK and Europe time to work itself out, then consider the alternatives.

The only downside to this is that there are very few investments that can deliver the kinds of returns that global stocks can without their own accompanying anxiety and uncertainty.

The safe haven for investors would be to put money into cash or bonds. So if having to work longer or live more modestly to match return is OK and allows you sleep easier, then that is an acceptable trade off as well.