Be careful when you use card instead of cash 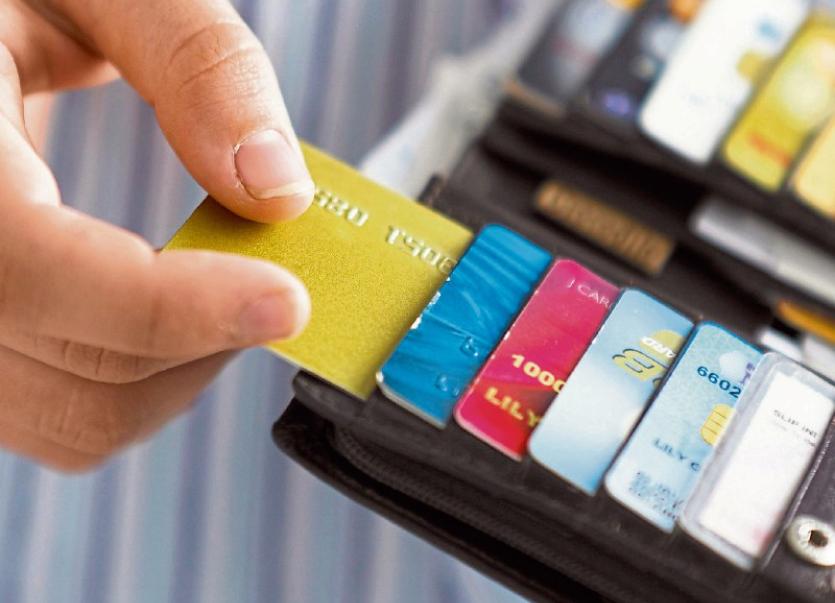 LAST week, my wife Roseann asked me to go to the shop for milk and bread. She asked me did I want cash for the said items, and I replied not at all, I had my laser card and I would use it, so off I went with the intention of being back in five minutes, I mean how long does it take to pick up milk and bread?

The cost of both items, by the way is €2.18. Fifteen minutes later I returned, with the milk and bread all right, but also with two packets of grilled and smoked ham, a packet of bagels, a can of deodorant, six scones, a frapacinno, a large pack of peanut M&Ms, butter, a bottle of Coke life, a packet of streaky bacon, and a magazine. The total cost was €30.92.

I set out with the intention (and instruction) of spending about €2 but ended up spending 14 times more. I am sure this is something that is familiar to lots of people reading this. Roseann probably deliberately suggested giving me cash because it wasn’t the first time I left to get two items, but brought back six or seven.

Research has shown we are likely to spend more, and make more impulsive purchases if we pay for items by credit or debit cards than if we use cash. One such study monitored the food shopping habit of 1,000 households for six months, and found overwhelmingly that when we pay for things by card, and don’t have to physically hand over “real money”, we have a much higher propensity to indulge ourselves and spend more.

The same study found when we use a card, not only are we more likely to go ahead with a purchase, but our thinking also changes, because we are less likely to remember the amount we paid, and more likely to spend more on the same goods.

An experiment was carried out on students at the Massachusetts Institute of Technology (MIT) where they were asked to bid for a pair of much sought-after, season-ending basketball tickets. The students were told they had to bid against others in a silent auction, and what the researchers wanted to find out was how much the students were prepared to pay for the precious tickets, and whether the form of payment would make any difference.

Half of the students were told they had to pay for the tickets in cash, and the other half could pay with a credit card.

The difference between each was significant. Those paying with cash bid an average of €25, but the card payers were prepared to offer more than double the amount at €54.

The results aren’t probably that surprising, because we all know that paying for something in cash - and that physical act of exchanging money - makes the transaction much more real and painful. Whereas paying with a card makes the purchase easier, and delays the pain until your statement arrives.

The lesson to learn from this is, if you are ever tempted to buy something using your card, take the amount out of an ATM instead and see how you would feel handing that amount of cash over. Another reason why we tend to spend more than we should is down to a term known as HALT, which stands for: Hungry, Angry, Lonely and Tired.

If we are feeling one of these emotions, we are prone to over spending and psychologists believe they lead to what are called cognitive distortions - thinking exaggerated and irrational thoughts.

For example, if we are angry because we had a bad day at work, to make ourselves feel better, we go off and reward ourself because no one else will. We end up spending money on clothes or food or whatever for a short term fix, but could end up getting ourself into long term debt because of it.

They key to stop this from happening to you, is recognising the emotional cues when these thoughts begin to take hold. Some GPs suggest to people with eating disorders that they start a food diary and whilst recording what they eat, they also write down what and how they are feeling at the time i.e. Did I plan to buy this? How did I feel before and afterwards? What was my urge to buy it?

By identifying the underlying issue, and knowing what they are, you will be able to make smarter, more rational decisions resulting in you being able to find ways of avoiding spending money and the expense.

Another technique that works for me is reminding myself why I don't go out and spend money on things that don't have much meaning other than feeling happier for a short period.

Reminding yourself why you limit the amount you spend each month because you have a bigger goal will bring you more and lasting happiness; for example clearing your mortgage off earlier, putting your kids through college, driving a debt-free car, going on holidays each year without having to get into debt.

Finally, if you are tempted to buy something, take a walk or drive by first. Go and view the item, but take no cash or cards with you; that way you are forcing yourself to think about whether you need it or not. By doing this you are weighing the costs and benefits of purchasing or not. Before you purchase, and I am specifically talking about buying goods that are non-essential, ask yourself, what are three other things I could do with this money? How many hours would I need to work to pay for this? Would I miss it in a month’s time if I didn’t buy it now?”

By the time you review your answers in your head, you will be better prepared to either not buy the item or confirm that yes you should and you are happy to proceed.