It's important to know the value of your time 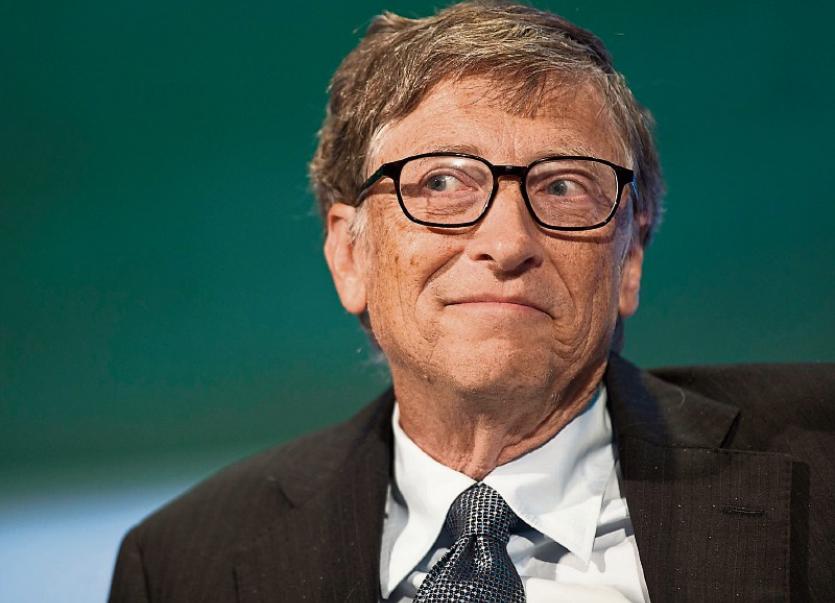 Hours in week: Bill Gates has the same as everyone else - 168 hours

I HAVE 168 of them, you have 168, and the richest person in the world, Bill Gates, has the same amount. And we all choose to use them differently. One of my clients, for example, spends six of his 168 with his children each week, and 70 working.

I am talking, of course, about the amount of hours in a week, and how much of our time we spend on various activities from Monday to Sunday.

If you were to account for the time we spend sleeping (on average we are asleep seven hours daily) it means our waking hours amount to about 119. So what do we do with them, and how much is one hour of our time really worth?

To answer this question, you have to figure out first how much money you earn each hour - and I mean how much you really earn. Figuring this out is not difficult; if you look at your last payslip and multiply your net monthly takehome pay by how many times you are paid in a year, then that is the amount you earn after taxes each year.

The average for a full-time employee in Ireland is 40.3 hours. If you factor in public holidays and, say, 25 annual leave days, you would work approximately 46 weeks in a year, so in this instance you would work c. 1,854 hours per year. This figure doesn’t include the time you spend commuting to work, which some might argue should be factored in as well, but for the purpose of this exercise, I won't.

In this particular example, the amount you earn per hour is €22.65. This might surprise you, particularly when someone earning €42,000 net each year, when grossed up amounts to around €62,000.

You might think they would be earning much more per hour, but they’re not - if that is the amount of hours they work.

When you consider the minimum wage is €9.15 per hour, it isn't a whole lot more.

I was working with an executive in Dublin recently and he earns €160,000 each year before taxes and works about 70 hours per week.

He earns €27 per hour and when I pointed this out to him, he couldn’t believe how modest it was. He remarked that their au pair earns more per hour than he does.

He had a figure in his head about how much he thought he earned on an hourly basis, and it was a whole lot more than what it actually was. The reason he thought this - and you might be thinking the same - is that some professions charge an hourly rate.

When you divide their total after tax income by the amount of hours spent working, the value of each hour is worth much less than what they might charge for any given hour.

In the company this executive works for — and the industry it operates in — 70 hours are expected. If he chose to work less, then off the treadmill he will go, career progression lost, only to be replaced by someone else who will put in the hours.

Regardless of why they choose to work those long hours, what impact do you think it has on their health? Obviously it can’t be good, but it might be far worse than we think.

In Japan, death from too much work is known as Kiroshi. It is estimated that 10,000 workers drop dead at their workplace each year because they are working 60 to 70 hour weeks.

There is another term in Japan known as Karojisatsu, which is people committing suicide attributed to fatigue from work and or working in stressful conditions.

I digress a little because the point I am trying to make is for you to calculate the value of your time. Because it’s important. Knowing what that number is may help you make better decisions about how you spend money.

When you figure out how much you earn per hour, this number will help you decide whether it’s worth your while doing something yourself or paying someone to do it for you.

If, for example, you earn €22 per hour and someone was to offer you €20 to cut your grass and it would take an hour to mow your lawn, then you should pay them. But, if they offered to do it for €25, then get the mower out and start cutting it yourself.

Calculating the value of your time is easier than it sounds and more powerful than you think because it puts things into perspective.

Some people may have to work those 70 hours because they need a particular income to pay their expenses, but don’t forget that there may be other ways to free up your time.

Time that can be spent out of work with your family, on your hobbies, or working in the community. The key to achieving this can be down to what your monthly outgoings are. Because the less you spend in relation to your income, the fewer hours you need to work.

She earned €42,000 net per year, which for her meant an hourly rate of €22.82. The problem was that she spent €42,000 as well, and didn’t leave much time for anything or anyone else because she had to earn that amount.

When I showed her how to manage her money better and spend €38,000 per year, without it having an impact on her finances, it meant that she freed up 175 hours.

She didn’t have to work that extra time, for that €4,000. She now has an extra 14.5 hours every month she thought she never would have, which was more important for her than the €4,000 was, and it really came down to knowing the value of her time and what it was worth.