Don't let those 'forgotten' pensions get away 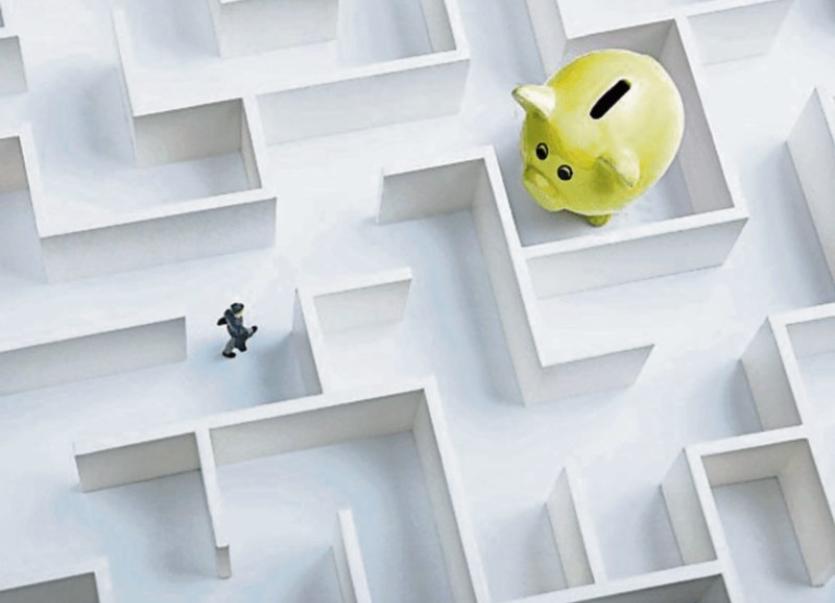 The current estimated value of the Irish pension market according to a global pension sssets study carried out by Towers Watson in 2015 is c. €115 billion, and the Irish Association of Pension Funds (IAPF) believes there is c. €500 million of unclaimed pensions here.

I come across people all the time who, when I ask them if they had any pensions with any previous employers, reply with a number of vague uncertain answers.

If you were an active member of a pension scheme with a previous employer, and you left to join another company or departed via a voluntary or compulsory redundancy programme, then you have typically four options with what you can do with your pension fund:

A) leave it where it is

D) transfer it to a PRSA type scheme where along with adding the lump sum, you can continue to make regular contributions each month as well. With a retirement bond you can’t add to it each month.

There is no right or wrong decision when it comes to what you should do it really comes down to what is best suited to you. When you leave an employer you are given a number of forms to complete and one of those is what you want to do with your pension fund.

When you may not have access to anyone who can advise you, the majority of people would tick the box to leave it where it is. This is the easy, ‘I-can’t-make-a-mistake option) but promise themselves that when they are bedded down with their new employer and role, and when they have more time to think about what to do with it, they will then do something like bringing it over to their new scheme.

But then life takes over, they get consumed by work, they may even move employer again, and the pension they had with that employer six years ago is long since forgotten.

When people think about pensions they may have forgotten about, they may dismiss them as not being an issue because they may have only been with a previous employer for two or three years, and the amount in a pension fund might have been very small.

Think about that for a second, a “lost”, “forgotten about” or “not cared about” €5,000 would generate an annual pension that is 25% of what the state will currently promise to pay people who qualify for the maximum contributory old age pension. That’s incredible! A small pension fund generated over maybe two or three years is worth a quarter of what the state pension will be (if the government can afford to pay you that amount that is) after 40 years, of making all those PRSI contributions.

So, even small amounts can make a massive difference not just to your financial life in the future but to your overall wellbeing because that €5,000 might be the difference of you being able to afford the cost of private health after you have stopped working, or not.

One of the reasons people tend to forget about pensions is because the days of having one employer are long gone, 21st century careers typically involve multiple employers.

According to one study carried out recently by Forbes Magazine and recruitment specialists, Morgan McKinley, the average 35-year-old will change jobs eight to 10 times before they are 42, and change careers six to eight times before they retire.

With that in mind, it won’t be surprising that in the future the number that is currently €500 million going unclaimed is likely to increase because, if left to our own devices, it could be a lot harder to keep track of all those pensions schemes we might have been members of.

The UK has been much more proactive in this space than we have because they have introduced an initiative called the free pension tracking service, which uses a data base of 200,000 pension schemes where it can help provide details of the scheme administrator.

The impact and success of this service was immediate. Last year for example they received 145,000 queries, and succeeded in putting c. 90% of people back in touch with a former pension provider. Surely we should have a similar system put in place in Ireland?

We at Harmonics carried out an exercise late last year, where we took a random sample of 30 of our existing pension clients to see if they had pensions they had either forgotten about or ones they had lost details on, to see if we could recover funds for them, and out of those 30, we unearthed €1.1million, which was an average of €36,000 per individual. The biggest fund we reunited for a client was €78,000 and the smallest was €3,600.

If you are one of those people who have pension funds with previous employers and don’t have the paperwork to hand, and you don't know where to begin to look, then get some help from a financial adviser in tracking down some of those funds.

You could also contact the pension ombudsman or the Irish Association of pension funds for help. If you are one of those who know where your previous plans were, then great, set up a good filing system, save all your paperwork in one place, and don’t forget that if you ever move, notify all pension providers past and present of your new address, because if you don't they are not going to chase you when you reach retirement age.