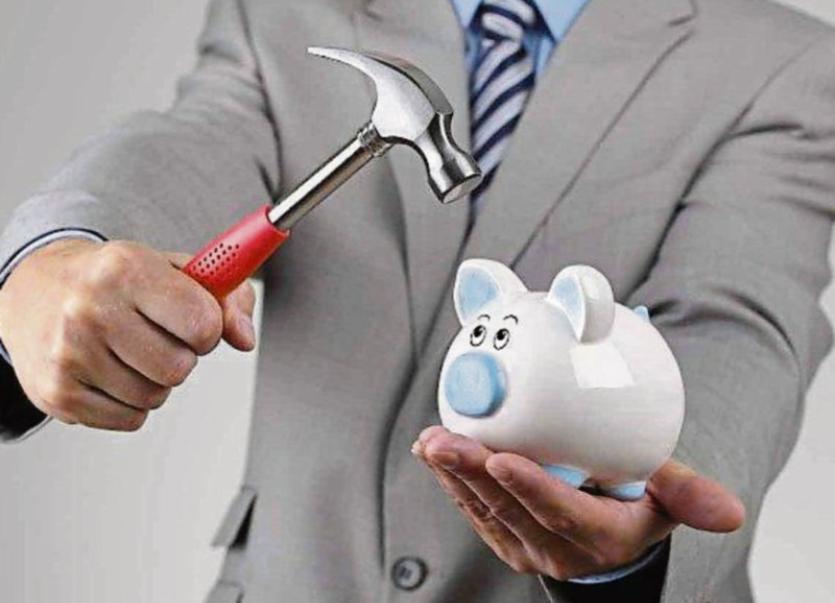 I RECEIVED a phone call from a client last week, a woman who wanted me to review her finances.

When I say ‘client’, I mean it in the loosest possible sense, because it’s her husband I would consider more of a client. He was the one I had dealt with in the past. And even though she was party to the accounts we set up for them, he was it was her husband who participated in all the one-to-one meetings we had. It was clear he made all of their financial decisions.

So, it came as somewhat of a surprise that she called me to set up a meeting. When I asked if her husband would be joining us, she said no.

From the very moment we met, I knew there was something wrong. It wasn't long before she broke down crying. The reason she was so upset was because she had discovered that, since December, he had withdrawn €11,000 from their savings account — without telling her.

It was only by chance when she enquired, whilst visiting a local branch of her bank for something else, that the bank official gave her the news. Rather than having €20,000 in their joint savings account, there was €9,000. She told me she didn't know what came into her head to make her ask, but she had a feeling something wasn't quite right. Her intuition and fears were confirmed when the balance was revealed.

There were those ‘aha’ moments when she replayed those conversations that began when he asked her to switch the withdrawal authority from both signatures to just one. He said it would be easier for her if they ever needed funds in a hurry. He bought a new state-of-the -art bike from funds he said had been repaid to him by a brother he lent money to years ago.

It all began to make fall into place, and she was so upset for a) being so stupid and b) the betrayal of trust on his part.

You see, they had been married for 21 years, and she had thought that they told each other everything. She felt there wasn't anything they didn’t share or couldn't tell one another. The reason he had given her for withdrawing money from their account was because his business was going through a rough period (he was self-employed) and he was finding it hard to get paid for work he had completed. He didn’t want to worry her, so he withdrew the funds to use as a stopgap until he got paid those outstanding monies. When he did, he would replace what he took, and all would be fine.

That was his story, and it would seem a reasonable one — but regardless of what I thought, she didn't believe him. The reason she wanted to meet me was to see if he did the same with any money we had advised them on. She also wanted to find out what funds they had invested, because she hadn't a clue.

I told her what accounts I had arranged for them and gave her the balance in each. She was pleasantly surprised, to say the least. She knew they had a couple of accounts, and remembered signing application forms, but oddly never knew how much was in each. She never thought to ask, and he never thought to tell. She said she signed so many forms for him at one stage she could have signed their house over to moneylenders for all she knew. Or she could have been signing loan application forms thinking they were savings application forms. The possibility that this could have happened obviously worried her a great deal.

Sitting in front of me with tears streaming down her face, she resolved that things were going to change, and no matter how much she loved him, she wasn’t going to be a passive bystander when it came to their finances any more. I was happy for her, happy that she was taking a stand and taking an active interest in their finances. But shouldn't that have been the case always?

Unfortunately, it often isn't. Married women, working or not, are at times completely unaware of their families’ financial situation. Too many leave all financial decisions to their husband, and they do this, for a variety of reasons. Excuses I hear all the time are: “I don’t have the time to look after all that, so I let my husband do it — he likes that sort of stuff”; and “I don’t understand all that financial jargon”, or “I’m not very good at maths.”

If you happen to be one of these people, you need to overcome these thoughts, and do so fairly quickly. I suggested to the lady who reached out for help that she should do a number of things starting right now, some of which were:

- Get access to all of your accounts online so that whenever you are ever in doubt, you can check the activity on all your accounts right away. The first step in taking joint ownership of your finances is knowing where funds coming into your account are coming from, when they arrive and where they go. This step requires diligence and consistent updating, but if you want to make sure everything is in place then you must do it.

- Get a credit check carried out with the Irish Credit Bureau (www.icb.ie) so that she could see if there are any loans in her own name or held jointly with her husband that she wasn’t aware of — the bureau check will show her if there are any or not.

- Put together a one-page document which summarises every savings and loan account you have as a family - list every life policy in place as well, who it is with, the policy number, the account the repayments are debited from. Do this with any debt you have as well and list mortgages and loans and the amount owed etc. And this summary document should be updated every six or 12 months.

- Liam Croke is MD of Harmonics Financial LTD, based in Plassey. He can be contacted at liam@harmonics.ie or www.harmonics.ie.