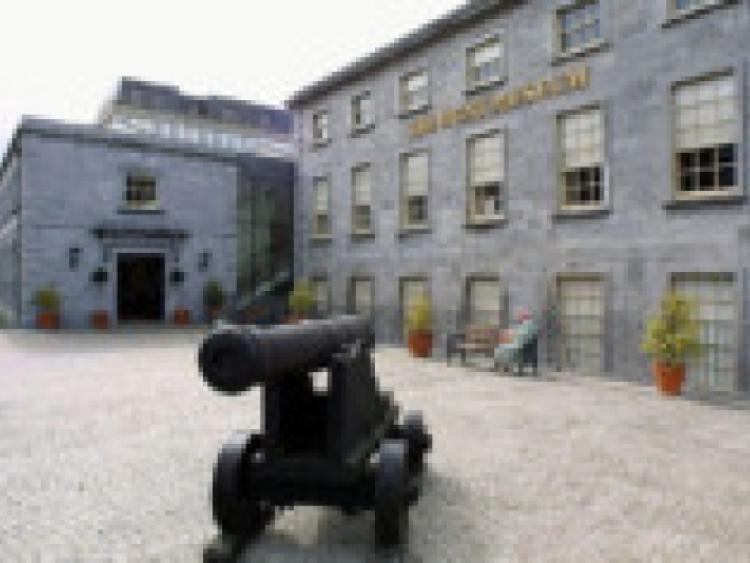 I WAS astounded by the comments of the Mayor of Limerick (well, one of them) Michael Sheahan in relation to the your story about the Hunt Museum’s pop-up market last weekend, a joint initiative with Lidl.

I WAS astounded by the comments of the Mayor of Limerick (well, one of them) Michael Sheahan in relation to the your story about the Hunt Museum’s pop-up market last weekend, a joint initiative with Lidl.

I visited this market and found it a very enjoyable and festive experience, which in no way detracted from the nearby Milk Market (which I also visited). What kind of nonsense is the mayor spouting? Does he really think that Limerick city is so full of attractions for visitors that we can afford to turn our noses up at this nice new idea, which is ideally suited to a weekend in December?

I am all in favour of supporting our own, but to criticise this venture on the basis that “the profits will be taken out of Limerick” is complete rubbish. The city is full of retailers who take profits out of Limerick, but also support local jobs and give people a reason to shop locally.

So the next time Mayor Sheahan decides to speak his mind, perhaps he should engage his brain.

From Aisling O’Donoghue: I think it’s a lovely idea, especially as they’ll have a carousel and Santa’s grotto. How can you argue it’s in direct competition with the Milk Market? It’s only one weekend, three weeks before Christmas!

From Bernadette Kearney Moloney: Surely anything that brings people into the city should be welcome, Lord knows it could do with it.

From Paul Hanley: The Hunt Museum is short of money so it does what it has to do to survive. If Limerick County Council supported the Hunt Museum more (if at all) financially then there might not be a need for a pop-up market. Desperate times require desperate measures. This is a typical Limerick attitude: they’re all at us but we do nothing to change our situation and when someone does do something about it, damn them for daring so! The Milk Market will survive if it has the confidence to do so.

From Forur Genealogy: Yes the Hunt Museum needs funds, but so does the Milk Market. The bumper few weeks to Christmas helps to keep the stalls open in the cold, wet and quiet January and February. Where will the Lidl Market be then. The “quick buck” brigade win again.

From Ann Glasgow: This is bringing people into the city and with the free parking after 3pm our city just might prosper over the next few weeks. This from a guy who supports Irish Water! This will not stop people going to the Milk Market. This market is rooted strongly in Limerick - nothing could compete with it This fellow cant be taken seriously.

From Jim Hartnett: The council granted planning permission to all and sundry for out of centre shopping emporiums and now they are giving out because someone sets up a temporary shop in the city centre? Is that it? As for his quip about profits going to Dublin, where do Tesco’s profits go?

From Redale7: I’m sure the council are supporting plenty of pop-ups themselves who pay little or no rates against those traders, who are paying rates to the hilt all year-round

From Ronan McKernan: Once again I appeal to the Leader to stop giving these idiots publicity.

From Jody Cox: And the Contintental Market is any different? I think it’s great to see. Well done Hunt Museum

From Caroline Doyle O’Connor: It’s a Christmas market opened near a “derelict” street (Patrick Street) that badly needs something good there. It looks lovely driving into the city from Clare Street.

From Ger Macauley: It is brilliant. The place is bustling in an area that you usually wouldn’t see anybody. Great for the city.

Taking issue with a Sideline Viewpoint

I write with reference to the Sideline View article of last weekend by Martin Kiely. He stated - and not for the first time - that many of the players that went on strike were never called back and what followed was a new dawn. If it was a new dawn then Martin has based it on a wrong premise.

Indeed, a review of records of 2009 and 2011 panels makes for interesting reading.

Of the remainder, three (Ollie Moran, Mark Foley, Donnacha Sheehan) had retired and two others (Brian Murray and Denis Moloney) withdrew through injury.

That leaves just two, one of whom - Mike O Brien - was at that stage in the twilight of a career in which he had given outstanding service to his county.

A new dawn maybe, but based broadly on same panel as 2009 and it is worth pointing out that none of the players that saw championship action for first time in 2010 has started a championship match since. [Editor’s note: Nickie Quaid, who is now the goalkeeper, made his debut in 2010, albeit in an outfield position]. This is not to diminish their contribution as they stood into the breach when required.

The rights and wrongs of the strike have been thrashed out at this stage and I feel everyone would be happy for us to move on but reading Martin’s article I am left wondering - what players not asked back is Martin referring to?