May 16: Views on same-sex marriage debate 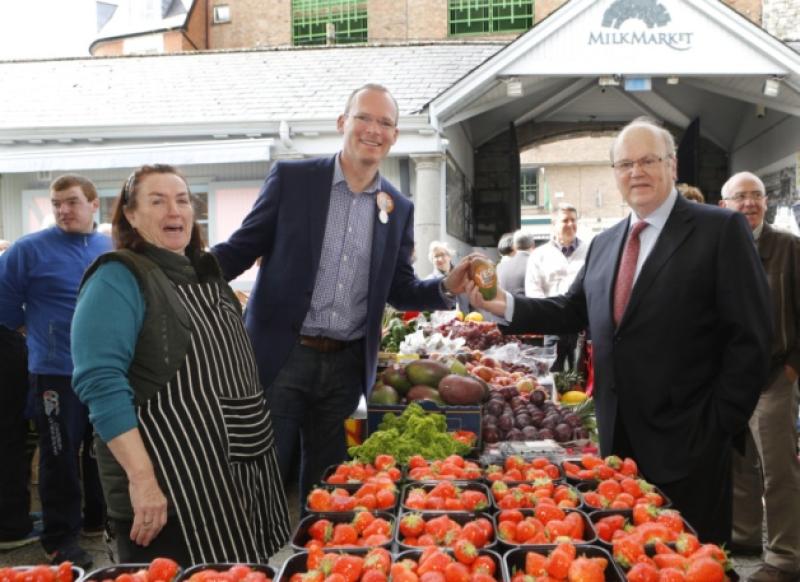 Minister Simon Coveney last week withdrew from a marriage referendum event in the University of Limerick. He turned down an invitation to participate in a Hear Both Sides Yes-No information evening at the University. By eschewing interaction with young student voters, he is doing a disservice to them and to democracy.

Minister Simon Coveney last week withdrew from a marriage referendum event in the University of Limerick. He turned down an invitation to participate in a Hear Both Sides Yes-No information evening at the University. By eschewing interaction with young student voters, he is doing a disservice to them and to democracy.

The invitation was to combine the UL Young FG ‘Yes-only’ public meeting with the Hear Both Sides Yes-No event. A few days later FG cancelled his appearance at UL on the evening in question, presumably to avoid participation. The organisers were fortunate to get Dr Fergus Ryan (NUIM) instead, to join Senator Mullen on the platform.

Hear Both Sides is an initiative of a group of students and staff at UL intended to give students a chance to hear elected representatives set out the Yes and No positions, with reasoned arguments, and allow students to question them in some depth, in a calm and respectful manner.

Students are currently hard-pressed with study and exams. Many have not had time to get to grips with the arguments in newspapers, radio and TV. Yet these young citizens, mostly first-time voters, obviously have the responsibility to consider the pros and cons before acting as legislators on May 22. The proposal before them is to place in Ireland’s constitution something not in the constitution of any other country in the world, something which will have a profound impact on public life and the personal lives of the citizens of our country. In discharging this role they rightly expect information and support from elected representatives.

The Minister’s withdrawal and non-engagement sends a strange message to these young voters about the importance of their role as legislators in the democratic process.

The marriage referendum proposal should be taken off the table until there is clarification on questions surrounding test-tubes, sperm catalogues and the like, and until we know if the inclusion of homo-sexual unions within the concept of marriage will bring with it the right to create families with the aid of said test-tubes and sperm catalogues.

The recognition of loving relationships among gay people will gladden many of your readers, but if those advocating for change argue that the legislation for civil partnerships has not given that recognition already, then many of us remain in the dark as to what more needs to be done.

It is not enough to chant the mantra of equality. Society has an interest in this because the traditional family is central to the ordered procreation of the species, no matter what the celebrities, the secularists and the veto groups like guards and others pressure the people to do in the run-up to the coming referendum.

What is needed here is a generous acceptance of the concerns held by a majority of your readers around the issue of children.

We need a much better statement than that given recently by the Rector of the Redemptorists in Limerick, Fr Egan, whose letter advocating a Yes vote failed to put the very generous vision of marriage of the Catholic Church.

I might as well include one of his predecessors here, Fr Flannery, who gave a long one-to-one interview on Irish radio in recent months in which he failed to put any of the Church’s teaching on this or any other question, as I recall.

The argument I have used for a No vote in this letter has to do with practical difficulties presented by the proposition being put to the Irish people on May 22.

It will be a concern if the Limerick Redemptorists present either a truncated version of the Church’s teaching on this matter, or none at all.

That teaching is eminently practical as well as intrinsically appealing for religious and spiritual reasons, and the people preparing to cast their vote deserve to hear it.