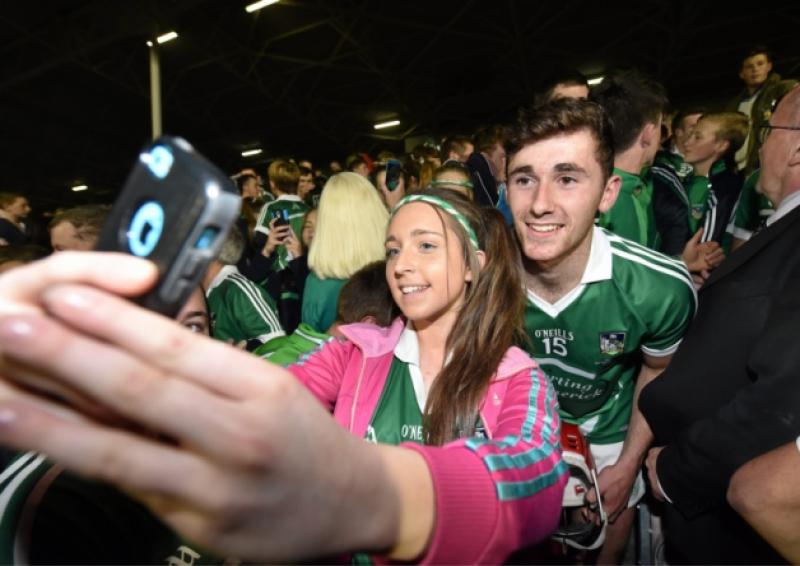 Congratulations to the Limerick players, management and support staff, on a magnificent Under-21 All-Ireland success. As well as being impressed by their work rate and skill, most of all I was very impressed by the humility and graciousness they showed in victory.

Congratulations to the Limerick players, management and support staff, on a magnificent Under-21 All-Ireland success. As well as being impressed by their work rate and skill, most of all I was very impressed by the humility and graciousness they showed in victory.

After each game I brought my five-year-old on to the pitch to get autographs and pictures. The players stayed for ages after games signing autographs and smiling for pictures, chatting to fans and were a very decent (and indeed at times patient!) bunch. When somebody shook hands or patted them on the back and said well done it was always replied with a “thank you”.

One example really stood out. Sean Finn did the Cul Camp at the club where my sons plays. After the Galway game I asked him to sign my son’s jersey. Had he just signed it and moved on I would have taken no notice or offence, but having recognised my son from the Cul Camp he started chatting to him and asking him did he enjoy the Cul Camp and did he like playing hurling, and when finished he kept signing autographs and smiling for pictures, and this was after playing the game of his life. Even getting young Shane’s picture with Diarmaid Byrnes and the cup was no problem and Diarmaid was happy to oblige

If a 20- or 21-year-old me played like they did, I can honestly say I would be dripping in arrogance. Yet these guys were so humble and genuinely appreciative of the the support and good wishes they received. They are all a credit to Limerick GAA, their team management, their clubs and families and most of all to themselves. Their attitude really bodes well for the futures in life as well as hurling. Needless to say my son and his little brother are spending their afternoons out in the back emulating their new heroes.

Well done to the Limerick Under 21s. What a relief to see ‘lovely hurling’ return to the county hurling menu! The feast of athleticism, skill of wrist and full heart that was served up by our U-21 champion hurling team at Thurles on Saturday evening last was almost edible to us hungry Limerick fans. Being starved of success is one thing but more importantly being starved for so long of teams not being allowed to use their own individual camain skills is another ‘half meal’.

Over coaching players into a ‘system’ at adult level that was never part of the traditional game only confuses the player and curbs the skills and hurling acumen built up since ‘tot’ days.

Hurling is a simple game, according to Henry Shefflin. It is about putting the ball over and under the bar at every opportunity, coupled with defending well when you don’t have the sliotar.

Simplicity is what the Limerick team achieved at Thurles on Saturday. They did the simple things from number one to 15, defending well, first to the ball and driving it forward at speed.

The forwards did their job with the fast delivery to them and centre field, or the ‘middle third’ as it is nowadays referred to by the broadcasters, buzzed in concert.

There was none of this old poking or sweeper system adopted in the game. That is part of another sport and not in the traditional hurling game.

Looking at the game from the stands on Saturday, it showed that the manager and his assistants knew what each player was capable of and let their skill do the talking on the field. There is hope for the ancient game played like this. All coaches take note.