September 26: Cost of a bus into Limerick is a big deterrent 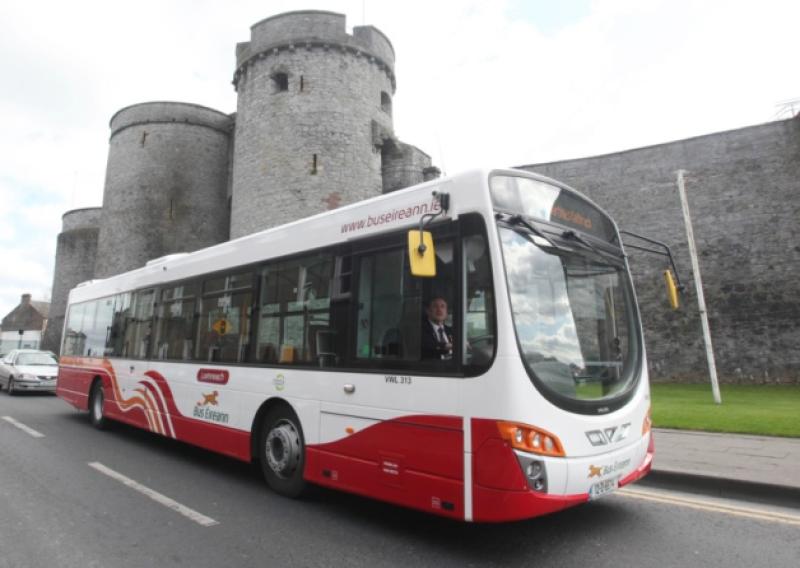 Public transport is very poorly organised in this country. Dublin has come a long way with the Luas system but has the rest of the country been forgotten about?

Public transport is very poorly organised in this country. Dublin has come a long way with the Luas system but has the rest of the country been forgotten about?

I have travelled to and lived or worked in many cities, including New York, Toronto, Edinburgh, Sydney, Barcelona and London to name a few, but I hail from Killaloe and have been predominantly based in Limerick for the last seven years.

I am back in Killaloe for one month for work and my partner and I are sharing a car. Living in a city centre before now one car has been enough. We were considering staying in Killaloe – until today.

We had a meeting in Limerick city in the morning and my partner had to head to a meeting in Newcastle West. I was set to get the bus back to Killaloe, as the times suited.

I haven’t gotten the bus in 10 years to Killaloe so I had no idea how much it was going to cost. Killaloe is 40 minutes from Limerick by bus. Considering I could get from the very same stop at Arthur’s Quay to D’Olier Street Dublin for €10 I figured it would be about a fiver for a single trip out the road. It was €8.40. For a single ticket. I had to ask the bus driver to repeat the price, from shock.

You can travel to the suburbs on a bus for £1.50 in Edinburgh or get a tram from one side of Toronto to the other for $3. Even to go from Mountjoy Square North in Dublin to Loughlinstown, which is a longer trip, is only €3.30, so it begs the question: why is the price so high for a comparable trip?

A big campaign in Limerick is bringing people into the city centre, but at this price all the advertising in the world would not entice people to make the trip using public transport.

I started to research the cost of trips to rural towns from town and city centres after this experience. Waterford to Dungarvan is €13.90. Galway to Gort is €7, and so on.

This is here it gets interesting; to get from Limerick to Bruff, single ticket, is €8.40 – the same as Limerick to Killaloe but the return price differs. Return from Killaloe is €12 but from Bruff it’s €13.70. Why is this? Miscalculation or lack of regulation?

I can understand that the amount of activity on the route feeds into fares, but if the public transport was more affordable would it not be used more often and therefore make up the difference? A student ticket is €7.30 single and €10.90 return.

Now that we have looked at the costs, let’s look at the possible knock-on effects of lowering the bus prices to commuter towns.

When I was a student, I used to get the bus into town with my friends on a Saturday and we would buy hot chocolates and cheap jewellery or catch a matinee at the cinema. With a bus ticket costing as much as it does today, I couldn’t have justified going. Now that smaller towns have better facilities and the internet can bring movies to you, what incentive is there to make the trip? It would chew up all your pocket money. However if this becomes a trend and students could afford to go into the city it would help the city to grow. Cities like Limerick need support from the commuter towns.

After speaking to the people using the service, it was clear that they go to the city once a month or six weeks instead of once a week. This is down to cost. One OAP said she “wouldn’t use it at all, only it was free”. Were she paying for the ticket, it would cost as much as what she might spend in town on lunch.

Who is regulating these ticket prices and the service? If our cities are expanding and commuter towns are growing should our public transport not reflect that? Everyone is preaching about cycling to work for the environment – would raising the rate of public transport usage also not have a positive effect on this? Let’s face it parking is a nightmare so an efficient bus system would be positively received in all commuter towns.

Who is responsible for addressing these issues and who will speak out for the commuter communities to have them dealt with? My hope is that the Minister for Transport Paschal Donohoe will begin to look at the entire country’s public transport system.