June 13: Why we had to put down our Pitbull 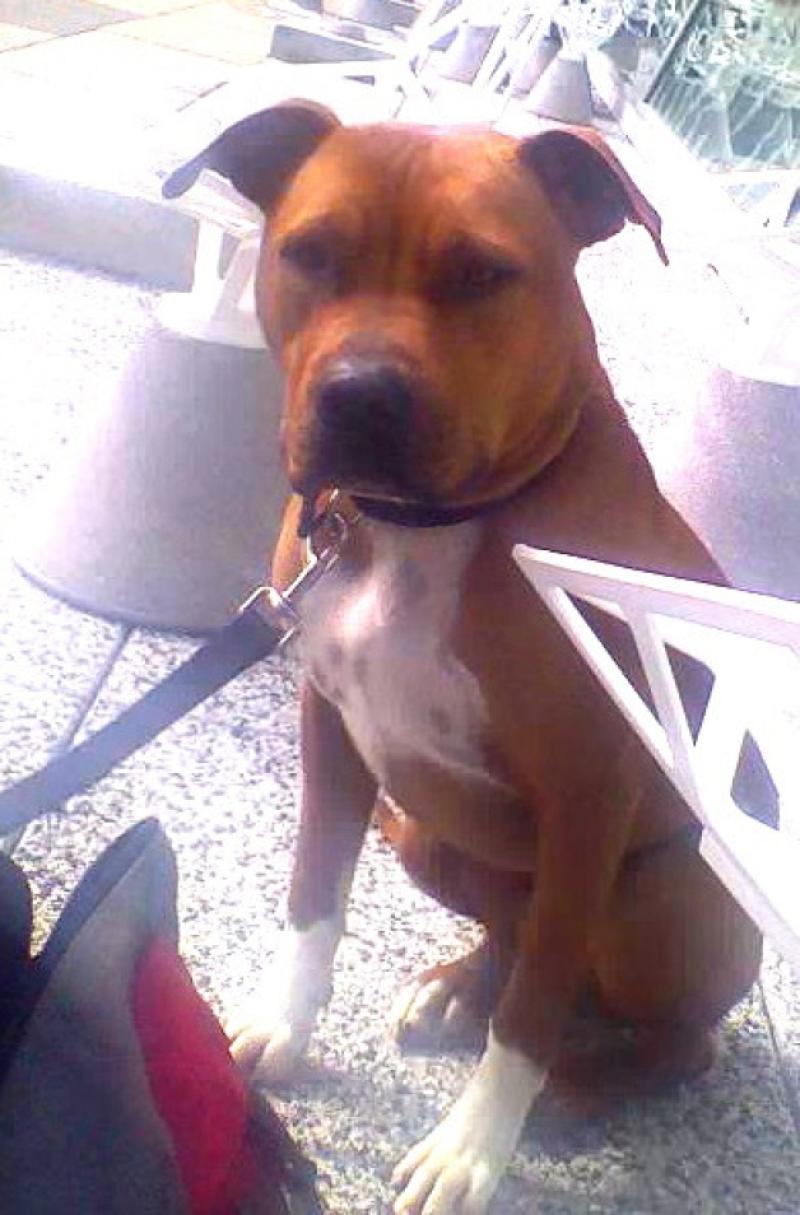 I AM a Pitbull lover and would like to make a response to: “Pet ‘savaged’ to death in Limerick pitbull attack” in your sister paper, the Limerick Chronicle.

I AM a Pitbull lover and would like to make a response to: “Pet ‘savaged’ to death in Limerick pitbull attack” in your sister paper, the Limerick Chronicle.

Our first family dog was Jodi, a mixed pit. Jodi strangely enough loved animals and even more so, humans. He lived to an old age of 15. Five years later, still missing Jodi, we decided to adopt another pitbull mix, David Bowie. David Bowie was a beautiful dog, full of life, and absolutely adored every member of our family.

We put down Bowie at the age of 2 ½. Bowie was wild as a puppy, and we made sure to take him to the dog park literally every single day, in order to get him accustomed to other dogs, and more importantly other humans.

As it turns out, Pitbull mixes are way more aggressive than purebred Pitbulls. Once the “family dog” in America during the 1930s and 40s, these dogs were then trained by drug dealers and other lowlives of society during the 1970s into aggressive animals - and they were bred, and bred, and bred. Nowadays, people fear Pitbulls. Some turn out like Jodis, but others unfortunately may have an inherent nasty gene in them, like our dear David Bowie.

At the age of 18 months, Bowie started turning on smaller animals at the dog park. Soon enough, we had to move him to his own pen. Then, at the age of two, we started noticing the hair raising on his spine followed by deep growls when he would see a human child - Bowie thought children were small animals. We were scared. We hired a trainer straight away, and researched grinding down his teeth. God forbid he might try and bite someone. We learned that the latter option sometimes made dogs more aggressive, so we decided against it, and the training tactics were not proving to lessen Bowie’s growing aggression.

One evening a friend was over the house, and Bowie was too close to biting him in the face. I went to bed very scared. I started thinking about Ty, and what if I were right now in the hospital waiting outside of the ER instead of in my bed. Then the most sickening thought came to my head, of the two tiny girls who lived next door getting off the bus and walking home. What if Bowie slipped out the front door, his leash broke, he.....I can’t even write the rest.

I brought up this highly plausible nightmare to my family. After many tears and even more yelling and arguing, we agreed that for the sake of society, our beloved David Bowie had to be put down. I will forever have a pain in my heart when thinking of my sweet Bowie’s wrinkly head in my lap at the dinner table, or the way his entire body shook in excitement when he saw one of us pick up the leash to take him for a walk. We loved him - but it is our duty in life to protect our neighbours if harm is in their way.

In my research into Pitbull aggression when I was searching for a cure for Bowie, I learned two tactics that will save your life if you are ever being attacked by a Pitbull:

1) If a Pitbull has bit you and is not letting go: do not move! Pitbulls, and other dogs of prey, have a built-in instinct that if their prey is trying to get away, they sink their teeth in further. I only wish the folks on Williams Street knew this as they were trying to pull poor Judy away from the Pitbull attacking her last week.

Most importantly, 2) If a Pitbull is attacking you, or running at you, etc: GRAB ITS EAR AND PINCH HARD. This goes for all dogs, but it especially works on those big nasty dogs that we are afraid of. I read this fact out to my mom and we thought, heh? How can that stop a big scary dog? Sure enough, we tried it out on David Bowie when we were playing tug-of-war with one of his chew ropes. As his teeth sank down into the rope, I reached over and pinched his ear - and he froze and dropped the chew rope. It was so odd, but think about it; as a kid if our mom ever grabbed us by the ear we would freeze and become helpless. It’s no wonder that this works on dogs as well - it’s almost humiliating for them.

To conclude, I would like to send out a plea to all dog owners, especially owners of more aggressive dogs: if you even have any doubt in your mind as to the wellbeing of other humans because of your dog, it needs to be put down. Do NOT bring the dog back to the shelter. We were going to with Bowie, for we couldn’t bear the thought of having to put him down ourselves, but then we couldn’t bare the thought of our Bowie huddled in the corner of some cold crate, wondering when we were coming back to get him, only to have some stranger put him down a week later. If you are going to put your dog down, realize that You are their world. Go to the vet yourself, and have your dog peacefully “fall asleep” in your lap.

Will you be able to live with yourself knowing that your dog maimed - or even worse - killed someone? A week after Bowie’s death, my mom was opening up to a co-worker - a retired member of the NYPD - of her new heartache. Instead of comforting my mom, he practically scolded her, saying that putting down Bowie was an absolute necessity. Nick recounted a call he received when first on the job: a Pitbull had dug a whole under its fence, and finally got to attack the three year old boy next door that it had been eyeing for over a year. That boy - who is now a man - is blinded in one eye and missing an ear. Would you be able to live with yourself if you knew that it was your dog that did this?