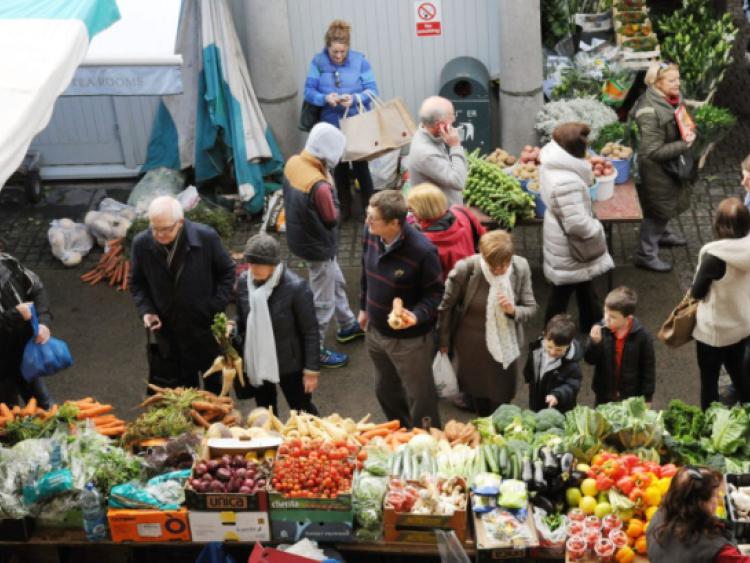 With shopkeepers’ and stallholders’ revenue way down due to lack of vision and planning for Christmas at the Milk Market – and no plans for the future by the Market Trustees – blaming the Minister and the stallholders on the outside of the market is hypocritical (Limerick Leader story, last week).

With shopkeepers’ and stallholders’ revenue way down due to lack of vision and planning for Christmas at the Milk Market – and no plans for the future by the Market Trustees – blaming the Minister and the stallholders on the outside of the market is hypocritical (Limerick Leader story, last week).

With as many as 80 stalls now packed into a Milk Market that was designed for 50 or so, revenue for the Market Trustees is increasing, but this has serious consequences for turnover of the stallholders.

The Milk Market Trustees’ record for regulating and running markets in Limerick involved selling off all their properties except for the Potato Market and the Milk Market.

The Potato Market is a paying car park. The Milk Market is a one-day market and the Friday Flea Market, which once had as many as 45 stalls and more, has been forgotten about. The Sunday Soul Market has nobody.

The Milk Market Trustees seem to have more interest in making up rules and regulations weekly for stall holders, traders, and shop keepers; it appears to be more about control rather than working together.

The pride that stallholders and shopkeepers have is slowly being eroded due to a lack of harmony and poor management by the Trustees. Lately there appears to be fewer artisan food producers and more fast food stalls invited in, just when the Milk Market had achieved a name nationally and internationally.

The Milk Market Trustees have no stallholder, or retailer, on the board and no management committee, which appears to be undemocratic. There is no coming together of retailers and traders with the Trustees to bring the Milk Market forward.

The Market Trustees might have nothing to do with the shops on the perimeter, but the retailers have everything to do with the Milk Market. They pay maintenance, pay for music, advertising, and promotions. Some of the retail units are opened six and seven days a week. They open for and support all special events.

The market management have stated that the Milk Market is trapped in a quadrangle and blames the outside traders. The traders in the market believe that it is not these external traders, or funding, that is the problem, but a lack of vision and commitment by the Trustees in bringing the market forward.

We feel that the Trustees want to turn the Milk Market into an entertainments venue and to close the Friday and Sunday markets. What the Milk Market needs is new management with agriculture, food, marketing, and business skills, working with all the people concerned now, and into the future. This means finding good food producers, food artisans, and the ordinary market traders willing to commit to the market full-time and part-time in harmony with new management.

Before it’s too late, let us all work together?