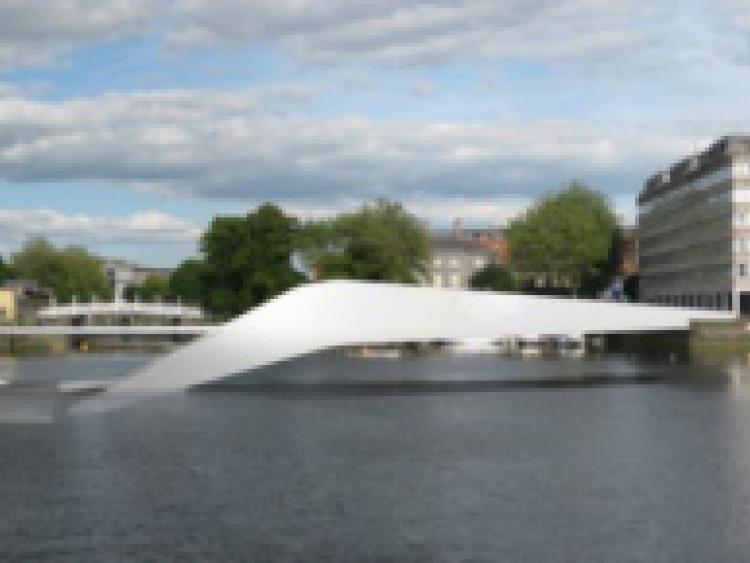 I have to say that I am disappointed with the proposed new bridge (Limerick Leader, last week). Although one or two of the designs are interesting, I fail to see the need for a bridge in the location proposed.

I have to say that I am disappointed with the proposed new bridge (Limerick Leader, last week). Although one or two of the designs are interesting, I fail to see the need for a bridge in the location proposed.

There is already adequate access from Arthur’s Quay Park towards King John’s Castle via the marina around Sarsfield House, hopefully soon to be demolished, the rear of the Hunt Museum, over the lovely O’Halloran Bridge, the Potato Market, City Hall and on to the castle. In fact, access from this walk could be provided to the rear of the Hunt Museum, which would allow tourists and locals to visit the museum while on that cultural walk. Even the weir itself is a feature of the city which would not be visible while on the bridge.

I believe that the money committed would be better spent elsewhere. Now that the council has managed to acquire the great Cleeve’s factory site, I think they should have more forward planning with regard to how this potentially great public amenity area will be accessed in the future from the city centre.

A pedestrian/cycle bridge from, say, the bottom of Shannon Street across the Shannon to the new site would, in my view, be an ideal access route for visitors. Any new buildings on the site, such as Performance Centre, Museum or Diaspora Centre would need ready access as that area is not suited to any large volumes of traffic. A bridge there, along the lines of the Peace Bridge in Derry, would be a wonderful asset both practically and visually.

I do hope that the Council will reconsider their current proposal.

I WAS intrigued to see your story about the proposed new bridge in the city, along with three conceptual drawings of what it might look like.

Assuming the bridge is indeed built – and I believe your newspaper should facilitate a debate on whether it is appropriate and the kind of design that would be most suited to this iconic location – then the question remains as to who it should be named after.

Let there be no nonsense this time about it being named after an American president. I believe the people of Limerick, not a handful of councillors, should be properly consulted by means of an opinion poll in the Limerick Leader. What about picking a shortlist of 10 candidates worthy of the honour and let there be a public vote?