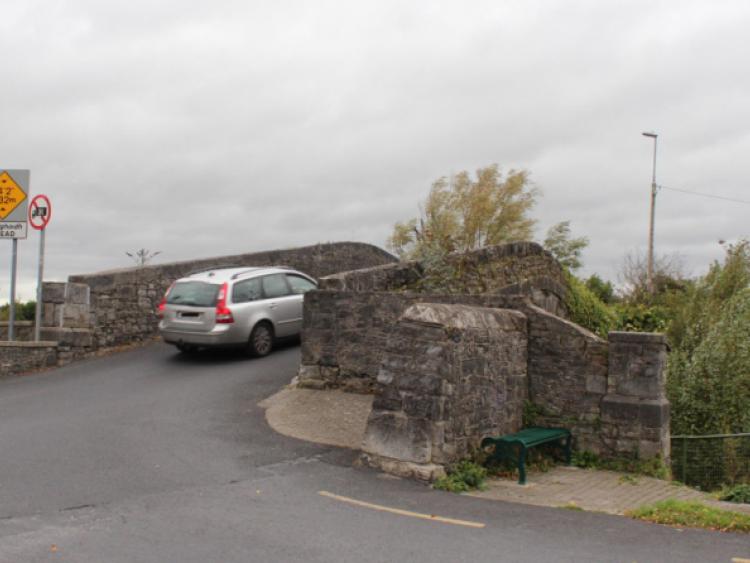 The proposal to make the Park Canal Bridge one-way, contained in a planning application submitted by or for Limerick Smarter Travel (LST) on which a decision will be made imminently, strikes me as one of the most foolhardy planning schemes I’ve ever encountered in terms of consideration of its likely impact on the local community.

The proposal to make the Park Canal Bridge one-way, contained in a planning application submitted by or for Limerick Smarter Travel (LST) on which a decision will be made imminently, strikes me as one of the most foolhardy planning schemes I’ve ever encountered in terms of consideration of its likely impact on the local community.

The plan’s overall objective to make the bridge and its approach roads safe for pedestrians, cyclists and traffic as part of LST’s broader vision of enhancing connectivity between Limerick city and UL is entirely admirable and sensible. However, the execution of the scheme—at least that part of it which involves making the two-way canal bridge one-way into Lower Park — undercuts the connotations inherent in the incorporation of the words ‘smarter travel’ in the brand of the organisation forwarding this plan.

If implemented, this anything-but-smart plan will leave motorists from the hundreds and hundreds of households along Lower Park Road, Old Park Road, and College Park Road (as well as many sizeable developments including but not limited to Carrubulawn and Danesfort, Abbeyvale, Abbeylock and Richmond Park), with only one way out of the Park area into Limerick — via the already hopelessly congested junction of College Park with Pa Healy Road opposite the SuperValu and neighbourhood shopping centre at Grove Island.The alternative option, to travel along Old Park Road and out on to the very busy and frequently congested Corbally Road is so unsustainable a notion as to barely merit mention.

At and around the College Park Road/Pa Healy Road junction, rush hour is already fraught with lengthy tailbacks and the dangers arising from children being dropped off at Ardscoil Mhuire. Introduce another x-hundred cars into that particular scenario and I shudder to consider the consequences.

The plan might also give rise to anti-social behaviour in the vicinity of the canal bridge. This is an area already bearing the visible signs of such activity. Therefore, any action reducing the movement and volumes of passing traffic that might act as something of a deterrent to such behaviour must be considered carefully, and, I would suggest, requires taking consideration of the views of An Garda Siochana on this specific point.

Last but not least, I doubt that there has been any or sufficient consideration of the likely impact such a move might have in the event of emergency services requiring direct access to Park when a fire, health emergency or any other incident requires the swift attendance of fire engines, ambulances or garda vehicles.

I note that the application is under Part 8 of the planning process, and so requires approval by the elected members either of Limerick City and County Council or of the Metropolitan Area. I pray that the councillors will have the sense to reject this proposal in its entirety, or in that part of it, outlined above, that seems to have been tabled without sufficient regard for the needs and wishes of the community in the broader Park area.

There is a slowly growing groundswell of opinion in the Park area that, already buckling under the weight of successive decrees from central Government, is viewing this proposal as an imposition that will do little if anything for the electoral prospects of those who profess to represent the public in the council chamber.