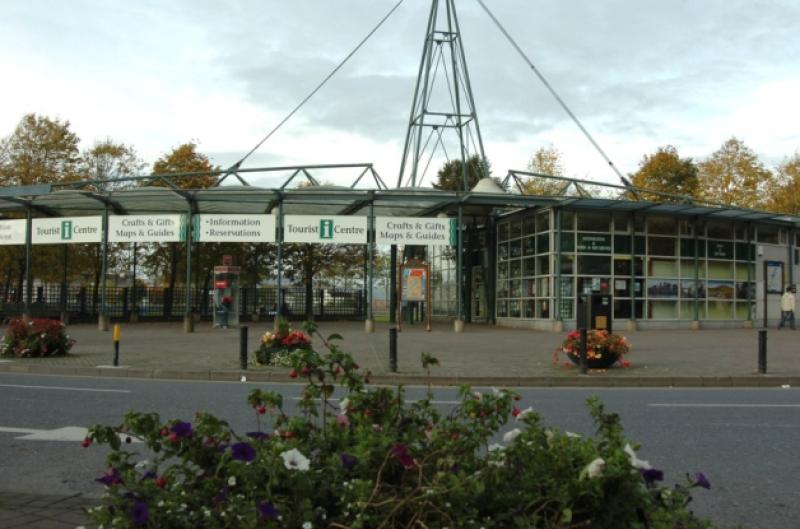 Once again my attention has been drawn to the laissez-faire attitude of some of those who carry out construction work around Limerick.

Once again my attention has been drawn to the laissez-faire attitude of some of those who carry out construction work around Limerick.

Over the years I have witnessed bizarre ‘liberties’ taken by those contracted to work in, and around, our fine city.

One of the most blatantly outlandish examples witnessed was during the demolition of the Carlton cinema in 2001. This saw demolition ongoing, by a skeleton crew, while traffic swerved to avoid chunks of rubble falling onto an unprotected Shannon Street below. Since then there have been plenty of other examples to irk and ire anyone with a care for what is allowed to happen to our city.

It is still not unusual to come across work being carried out in a manner one suspects equates public comfort, convenience, and even safety, with a cut in the profit margin. From work taking a seemingly undue length of time, to the nature of the finished work itself, one can see what can only be ‘profit logic’ taking precedence.

The most recent incident occurred on Friday morning last, (June 19) on O’Connell Street. A ‘snowstorm’ of dust raced up O’Connell Street, diminishing only as it blinded unwitting pedestrians. Some people were caught for breath, others turned their heads away as the ‘unknown’ hit them.

My warning came too late for one store, its welcoming door wide open. There were other premises with doors open and goods on display, which I’m sure were also impacted. I turned to seek the source and saw workers, themselves protected with dust masks, apparently involved in the ‘gutting out’ of a nearby building.

Back and forth they traversed the public footpath carrying dust blowing debris between pedestrians before throwing their ‘excavations’ onto an unscreened container. The fact the workers themselves wore protection was enough to indicate a risk existed to the young and old general public, walking the city’s main thoroughfare. That risk was totally disregarded in this case.

Not too far away, on a parallel street, another skip was being similarly filled. Close by, people were eating and drinking alfresco unaware of the side-dish they were being served.

There are many cases also where the ‘finished product’ has left a lot to be desired. What has been done to the cultural heritage of John’s Square is a disgrace. Dating from the 1750s, and now adorned with cheap black painted posts, the area now resembles the animal pens that once peppered the city’s old market days. All that’s missing is some chicken wire. In another type of abuse, it took a virtual re-possession order threat from City Hall before the ‘Dunne’s Derelict’ building on Sarsfield Street was lifted above the level of ‘eye-sore’.

The city seems to be in a constant state of flux - and not necessarily always for the better. Due entirely to a lack of inspiration, the potential that was the Arthur’s Quay arena has never been fully realised. Now, with the tourist office gone, we can indeed talk of the ‘doughnut-effect’ within the city. A self-made concrete one.

The splendour of Limerick city is continually at risk of being squandered. One only has to leave the city for a while, and return, to appreciate its grand, fresh, open scale. However, it is the details that let it down.

Like unpolished shoes, the sight of faded road markings is often the first hint of the unkempt character underlying a place. When the Sarsfield Bridge lamp standards were being refurbished, and seemingly not yet finished, this fine 1835 edifice was virtually barbarised when temporary lamp-posts were strap-drilled and bolted into its fine structure while traffic signage of the most primitive kind was thrown in place. Its fine, recently renewed, footpath was cut open along its length to facilitate wiring that could more easily, and obscurely, have been laid, unseen, on the river side of its balustrades. To this day, the footpath bears the scar of the cuts and the mocked-up incisions, imitating the original slabs. Why pay good craftsmen when you can get away with that? Is this the price Limerick citizens must pay?

Is this the price we must pay or be branded ungrateful for not ‘supporting’ our city’s so-called progress? What else lies in store for us ‘regular users’ of the city as the next building is ‘gutted’ in the battle for footfall?.

The spirit of Limerick citizens is suitably weary and close to exhaustion waiting for things to be put right. Prime territory for opportunistic, economic thinking. Think ‘yellow pack’ standard here.

We are not likely to be shown any flashes of inspired genius by such opportunistic developments. If we are, it will likely be of the ‘Job done-Collect-Move on’ variety where maintenance is someone else’s problem.