April 25: How to put lovely Limerick on the map 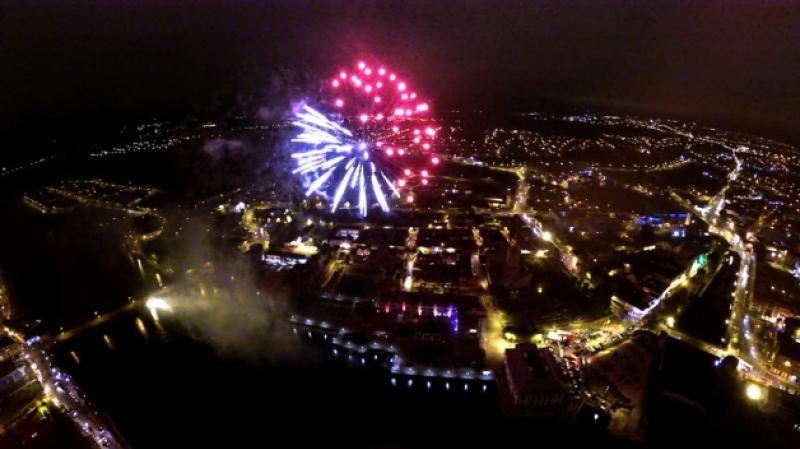 Having read the Limerick 2030 development plan, I’m impressed and hopeful about what can be achieved to revive one of our country’s great cities. I have to confess I’m not a native of Limerick, I’m a Wicklow man. My father was born in Limerick city, and I have found memories as a child going down to see our relatives on the Ennis Road, and out in Ballyneety. After many years away, recently I have begun to visit Limerick again, three times in the past year. I was taken by how stunning the Georgian Quarter and the People’s Park are in particular and am actively encouraging friends and family to visit.

Having read the Limerick 2030 development plan, I’m impressed and hopeful about what can be achieved to revive one of our country’s great cities. I have to confess I’m not a native of Limerick, I’m a Wicklow man. My father was born in Limerick city, and I have found memories as a child going down to see our relatives on the Ennis Road, and out in Ballyneety. After many years away, recently I have begun to visit Limerick again, three times in the past year. I was taken by how stunning the Georgian Quarter and the People’s Park are in particular and am actively encouraging friends and family to visit.

Once the motorways to Cork and Galway are complete, Limerick will be the best connected city in the state – with the shortest travel times to Ireland’s other urban centres. Coupled with already excellent air, sea, and improving rail links, Limerick has a unique opportunity to attract investment, while keeping its youngest and brightest within the city limits. I believe there are a number of ways in which the 2030 development plan could take just a few additional steps, in order to help Limerick achieve its full potential.

Image: Last year’s City of Culture celebrations projected positive images across the country. This needs to be followed up with regular events which portray such an image, and establish Limerick as an events centre, with ease of access and availability of quality accommodation. Fortunately the latter two points are already taken care of. It’s about finding something that doesn’t exist yet, and then catering for it.

Glasgow is the leading example of how it is entirely possible to rebrand yourself in the eyes of your fellow citizens. Given Ireland does not have the resources for regeneration on that scale, much of the positive change in image has come from its people – which is also its tourism slogan: ‘People Make Glasgow’. There is renewed pride in its residents and it shines through when you visit. They now talk Glasgow up, instead of recommending Edinburgh. I believe the City of Culture last year has ignited a similar realisation in the people of Limerick.

Developing the waterfront is also a key goal of the 2030 plan. In this regard Limerick City and County Councils should look to Basel in Switzerland for inspiration. The Swiss built a simple terrace stretching from the quay wall out into the Rhine, then in the middle of the river installed a huge screen for sporting occasions. This could easily be mirrored on the Shannon. Therefore even if Limerick was not actually hosting a sporting event, it would gain a regional reputation as a great place to watch one – especially during the summer. This would stand to the city’s credit as Ireland bids for the 2023 Rugby World Cup. The Volvo Ocean Race, European Tour golf, and other high-profile sporting occasions should be bid for whenever possible, with funds being sought from central government to support this goal.

Education: This is not a new proposal but it is one where I believe the development plan has not gone far enough. The University of Limerick and Limerick Institute of Technology should merge. Limerick should streamline and consolidate its educational offering in order to increase quality and achieve economies of scale. These two institutions are already far more similar than any other potential IT/university pairing in Ireland.

The increase in student numbers (to nearly 20,000) would result in additional funds and additional clout within the domestic system by becoming the second largest university after UCD. With this comes the potential to attract more academic conferences, seminars and international students – all of which increases Limerick’s standing abroad. In years to come it will also create a situation where Limerick could have the highest percentage of university degree holders in the country – a fact that will surely greet said business leaders upon Googling Limerick, as they wait for their flights.

Brand Limerick: What’s the first step to putting a city on the map? The answer is quite simple: literally put it on the map. The name of Limerick’s airport should change. While Shannon has built up an excellent reputation, its name is not serving the city or region particularly well. An airport name is free advertising and this must be taken advantage of. Limerick Atlantic International (LAT) would do it greater justice. The anchor city is represented, as is the larger region, while at the same time placing the image of the Atlantic Ocean – Europe’s frontier – to the forefront of peoples’ minds. From Zurich to Boston, Chicago to Munich, business leaders – as well as potential tourists – would gaze at their departure screens and see “Limerick” for the first time. The return on investment from this change cannot be underestimated.

There is no magic formula to changing the image of a city, the best one can do is to attract people to it and show them a good time. Having a reputation as a great place to visit can have incredible knock-on effects; all anyone has to do is look north to Galway. Ultimately the responsibility lies with the politicians/citizens of Limerick, to make it the best city it can be, but there is no excuse for missing low hanging fruit – we should take every opportunity project a new perception of Limerick; prosperity will follow this investment.