June 6: Opinions on the proposed energy plant at Gortadroma 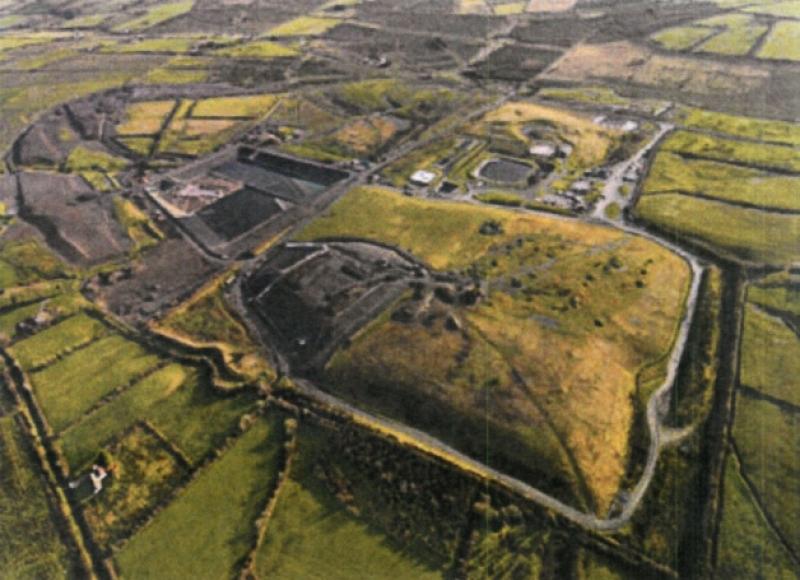 Limerick county councillors voting yes, for waste facility at Gortadroma is part of a major plan for Ireland.

Limerick county councillors voting yes, for waste facility at Gortadroma is part of a major plan for Ireland.

In dealing first with Gortadroma, the question must be asked, have the community an independent and transparent process to object to this proposal through the planning process, due to the following comments by the Director of Adare-Rathkeale municipal district, Mr Tom Gilligan?

Mr Gilligan is on record saying; “the economic aspects of the bid were huge and needed to be “grasped as quickly as possible”. He goes on to say; “we are under pressure from CEP to get this up and running.”

The economic aspect that Mr Gilligan speaks about is €190 million over 30 years to the Council. The Council would also receive a lump sum of €50,000 on the signing of the lease agreement for the landfill. Such pressure been brought on the Council by CEP, has shown mistakes made by the Council and its councillors bar one.

This was shown when they ignored their own council engineer, Mr Gerry Doherty, where he acknowledged “that the gasification technology being proposed by CEP was relatively unproven”.

If this was the case, why should the communities have a process forced on them that was unproven, especially since councillors many calling it a gasification plant, others calling it an incinerator, with one councillor stating that tyres will be incinerated at this plant.

We all know the dangers of tyres and if this process is unproven no tyres or other hazardous waste should be burned, which will contain dangerous emissions no matter how much.

Euros are been waved in the air. Human health must be protected at all cost. If the planning is fast tracked to An Bord Pleanala, will it be dealt with in an independent and transparency manner? Dr Mary Kelly was appointed by Minister Hogan as head of An Bord Pleanala.

She is no stranger to the Gortadroma community, as she was the head of the EPA from 2002 to 2011. She also went public in 2002, with an interview to the Irish Times and I quote from the article; “Dr Mary Kelly, the new director general of the Environmental Protection Agency, would have no problems living next door to a waste incinerator.”

It was clear from the meeting in Shanagolden that most, if not all in attendance, except for the local councillors that attended bar one, that no one had confidence in the EPA as shouts were heard through the hall, when the question was posed by a woman on the night to the floor in relation to the EPA.

Now, at the head of the EPA is Ms Laura Burke, appointed again by Minister Hogan. Before joining the EPA, Ms Burke was project and operations manager for Indaver Ireland, including for incinerators in Meath, Cork and Dublin Port.

Within five months of taking up office, she made the following statement to the Irish Times and I quote; “The Environmental Protection Agency should not be racing to prosecute businesses for not complying with environmental licences and regulations.”

Once Minister Hogan had put in place his generals, in the EPA and An Board Pleanala, he and this Government were paving the way for these waste facilities coming to Ireland.

Dublin City Council has signed an agreement with the US Energy Company Covanta for the Poolbeg incinerator to go ahead in Dublin. Indavor in the last few weeks are coming back in again in Ringaskiddy in Cork to get approval to build their incinerator ,

Now we have Limerick earmarked through Gortadroma, leased signed and on the way. All three been well planned and near ports for importation of hazardous waste from Europe.

This is not about the small community at Gortadroma anymore; it’s about all of Limerick coming out to stop this before it’s too late

The decision by local councillors to sign the lease for the proposed gasification/incinerator plant at Gortadroma landfill site just hours ahead of a public meeting by concerned residents could be considered somewhat contemptuous towards the strongly held concerns of those residents, the details and specifics of which have not been adequately explained to them.

It is understandable that local residents would have concerns regarding such a development, especially given the negative past experiences of some in relation to the landfill dump over the years.

It ought to be considered as common courtesy that any strategic development in an area which has the potential to directly and negatively impact on the lives of residents ought to undergo a proper consultation process within the community ahead of any planning application so as to address any fears or concerns of the people and take them on board. At this late stage, it ought to be incumbent on local elected representatives to ensure that such a process is undertaken before the planning process is further advanced, which does not appear to be going to happen. Of course due to the apparent rushed manner of the process so far, it is feared that the planning process could already be at an advanced stage in the background.

The position stated by a local councillor that “the lease will be null and void if this company fails to make the standards expected by planning authority or environmental protection authority” is obvious and goes without saying, but in the meantime it does not alleviate the concerns of the local community that will be affected if the development goes ahead.

Despite councillor claims that this development is not a “done deal” it appears to many, to be to the contrary, and for them, the position of councillors is considered to be rather naïve in thinking otherwise.

Given that the councillors themselves have admitted that they have little or no knowledge of what is involved in the specifics of the proposed development, it is extraordinary, that even in the interest of self-information, they did not insist on a proper public consultation process before they signed the lease for the planning process to proceed.

Have they not learned anything from the mistakes of the past due to resistance by residents against other extensive developments throughout the country? It appears to many that it was poor judgement by the councillors to sign the lease at this early stage, as it does not reflect the feelings of the people in the area who they are supposed to be representing.

There is no doubt that the proposed investment of this magnitude in this area is extremely welcome, but it should not come at a price that could adversely affect the health and welfare of the many local concerned residents and their families, along with those further afield. The sooner that clarity is brought to bear on the issue the better for all concerned.