Out in the Open: A letter to my fellow workers, Sir Stafford and Mr Chamberlain 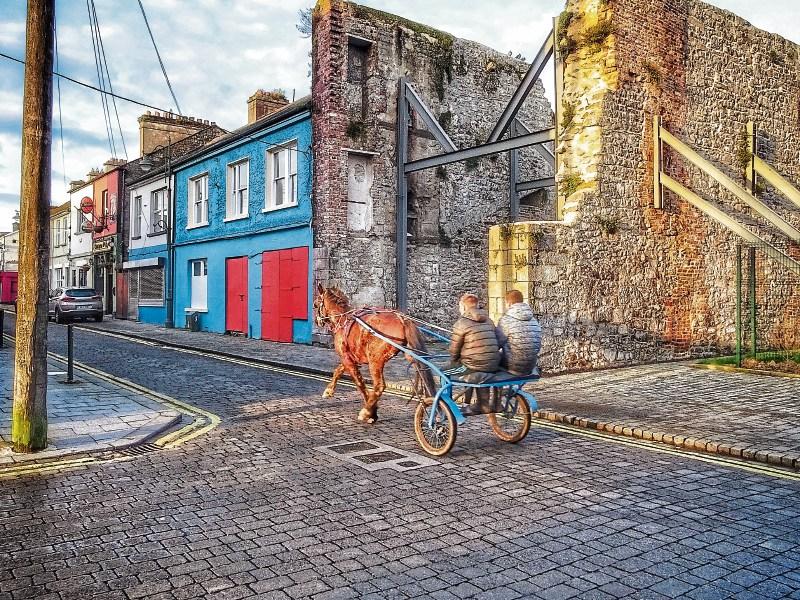 IN 1945 I was 17 years of age. It was a memorable time because I was a witness to the end of a way of life. This was a time when every countryman kept a pig, tilled a garden and cut his own turf.

This was the way of it too in small towns and villages.

It was a time when the heads of households relied completely upon themselves and were beholden to nobody bar alone the shops which supplied sugar, tea and flour.

It was a good enough time in Ireland- not so good elsewhere.

In 1945, the first atomic bomb was dropped on Hiroshima, Hitler died although he has been since sighted frequently, if you believe reports, from Cahirciveen to Inishowen, Kerry were beaten by Cork in the Munster football and Cork went on to win the All-Ireland, the Nuremberg trials opened and in the month of August of that same year myself and a man called Mr. Chamberlain borrowed an ass and cart and with Sir Strafford Cripps set about drawing out two sleans of turf from the heart of Dirha Bog.

It was, and still is, a famous retreat for wild geese, assorted plover, grouse, hare and fox, not to mention lame donkeys and badly-battered ponies who had run away from home.

At ten o'clock in the day Sir Stafford, Mr. Chamberlain and myself assembled at the main entrance to Dirha and in no time at all we were in full working order.

Need I tell you that Sir Stafford and Mr. Chamberlain were not real names.

They were soubriquets but they fitted like gloves for the old gentlemen who were my colleagues for the day resembled the deceased statesmen in all facets of appearance except dress, of course, and in addition they were fond of pontificating on the likely outcome of the assorted battles in the various war theatres and the likely end of the war as a whole.

I was appointed transport officer, that is to say, I led the donkey by the head over the undulating spongy passage from turf bank to roadway, Sir Stafford was stationed by the bank in the middle of the bog; his job was to fill the cart.

Mr. Chamberlain was stationed on the roadway where he measured out a rectangular area on the grassy margin as the site for the rick of turf.

He was an expert on these matters. Earlier he had counted the horse-stoolins which contained all the turf from the two sleans.

His rick was to be five feet high, five feet wide at the base and tapering to four at the top. It would be sixty feet long.

All day we worked, and as we did the August sun climbed high in the sky. For every step it took the rick took another. At roughly twelve noon we broke for the dinner.

This repast was always supplied by the owner of the turf, in this case my father.

My mother had packed a loaf of home-made bread, a half-pound of cheese and a pound and a half of boiled bacon.

We drew the tea in an empty sweet gallon and when we had consumed our fill we sat back against the shoulder of the rick for a chat and a smoke.

This was the best part of the day.

Sonny Canavan from whom the ass and cart was borrowed arrived to enrich the conversation.

They spoke of the wonderful changes in the world, of how townies who wore dancing shoes and collars and ties were now going to the bog for the purpose of futting and re-futting the hard-won turf.

"I have seen 'em," Sir Stafford said, "and they racking their hair before starting to work. The like of it would be the death of our fathers and I'm glad they're not here to see it."

"I seen the first of the townies at the start of the war," Mr. Chamberlain was speaking now.

"And they coming out in droves when the coal got scarce. I seen strange things, but I never seen the like of those men.”

"It must be sandwiches you're talking about," said Canavan.

Sandwiches was the name.

One day I was breenching in this very bog with a man from the town who had a basket of the very same sandwiches and when the break for the dinner came we sat down behind a furze bush for to drink our tay.

He offered me a sandwich.

Twas my first time seeing such a thing.

Inside, between two cuts of bread, was a slice of ham.

I lifted the top slice to see what was underneath. "Twas very strange to be hiding mate like that so I took out the ham and threw away the bread.

There was tomatoes in another one of 'em, things I could never stomach.

"Sandwiches should be let into no bog," said Mr. Chamberlain.

The talk wore on and they lit their pipes.

Furtively, I produced a paper packet of five Woodbines and gave one to Canavan. We inhaled and closed our eyes listening to the old men.

The talk was of times gone by when men worked for croppers and often turned over in their beds at night to dispel the growling of hunger in empty stomaches.

They spoke of spailpins and labourers who worked from dawn till dark and who had nothing to show for it in the end.

They spoke about the immeasurable value of book-learning and expressed regret for the way their had neglected their studies in their childhood.

"A schoolmaster earns a sovereign a day," said Mr. Chamberlain.

"No wonder they're cracked," Sir Stafford remarked, "sure money like that would go to any man's head."

Canavan gave me a kick in the leg.

"They say" said he, "that women in England wear no bloomers."

"I declare to God! Do you tell me so," Sir Stafford said, completely shocked by this piece of news."You can be sure," said Mr. Chamberlain, "that they won't have no luck nor grace for that."

We rose and we resumed work. There would be another break for what was known as the evening tay.

This consisted of a panny of tea and a slice of bread and butter, no more.

It didn't take long, at the most fifteen minutes.

There was still talk but the conversation had lost much of its sparkle.

The old men were growing tired.

Indeed so was I, but this was something that was never mentioned in the bog.

It would never do to give the impression that one was not capable of pulling one's weight.

The turf rick was really taking shape now with that peculiar symmetry that only countrymen can design.

There was something here above and beyond the blueprint and the drawing board.

There was an instinctive insight into the hidden shape of the land itself and into this was fitted unobtrusively into the dark contours of the rick.

Sir Stafford, with his hands behind his back took a turn around the rick, pausing now and then to inspect a particularly impressive piece of clamping.

Mr. Chamberlain studied him out of a corner of his eye but his main interest was the rick.

He sat now astride its roof while I stood by with a gabhail of sods.

Suddenly, he would extend his hand like a surgeon and I would hand him a sod. He might or might not accept it, favouring another one of different shape instead.

Anyone who came and went would be entitled to inspect the rick and expose its flaws. This is what critics are for. Here, however, there were no flaws and several homegoing bogmen stopped to admire the work.

"That won't be knocked aisy," one said.

"That," said Mr. Chamberlain, Sir Stafford and myself of one accord "that won't be knocked at all".

And it wasn't knocked, for I saw it later at the height of a January gale.

The man who made it had succumbed to pneumonia shortly after Christmas, but the rick stood with not a sod out of his place as a monument to his memory.

His lore lives on but there are few in the bog now who would remember Mr. Chamberlain or Sir Stafford Cripps.