Out in the Open: The love (and hate) story I dare not to write 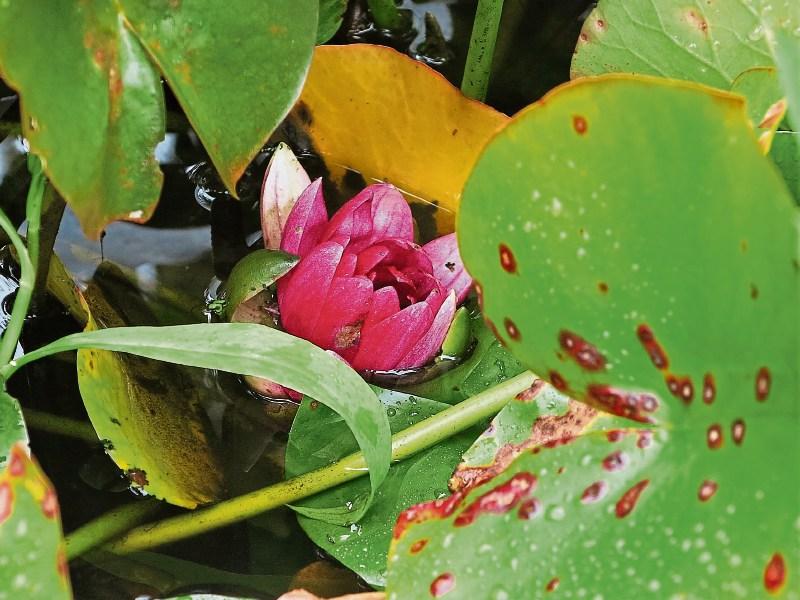 HAS IT ever occurred to you why nobody has ever written a book about his or her relationship?

Indeed, it is a task upon which the ordinary layman might embark without impunity for there are few persons who are not familiar with their relations.

I think the reason for the absence of books on the subject is that one word "comprehensive."

A book on one's relations if it is to be a work of depth and integrity must, of necessity, include all relations and not just those who meet the approval of the author.

How, the gentle reader will ask, can an in-depth interview be carried out with a relative with whom the author is not on speaking terms and where there are differences so irreconcilable that the restoration of verbal communications between the pair is out of the question?

A questionnaire may be employed in such cases and an impartial referee appointed to edit or append the answers so that the end result might be credible.

It is a simple matter to write about relations who are famous or who are successful.

Their very actions write the chapters for them. Writing about poor relations is a tricky business, and this is one of the chief reasons why so many authors shy away from the task of compiling such a book in the first place.

The trouble is that everybody wants rich relations, but hardly anybody wants poor.

Personally speaking, I prefer the latter because I find them more rewarding in almost every way; I do not, however, expect everybody to be as astute as I am.

Then, there are those unfortunate relations who have fallen foul of the law or whose behaviour is odd and who have spent terms unlock and key in places other than prisons.

These are permanently on the fringe.

Other relations are aware of their existence but never acknowledge it.

Other relations, in fact, refuse to talk about them, not to mention writing about the,

Right then, the reader may say, since you are so tolerant of all relations, great and small, rich and poor, honest and otherwise, why don't you write a book about your relations?

The question is simply answered.

I have no doubt whatsoever that if I embarked upon a book about my relations, I would be endangering my life. In short, I would not live to finish it.

There is one thing you will have to concede, and that is that I know my relations better than you do.

I would love to write about them and to write comprehensively at that, but I would like first to have written permission from each and every one of them together, with a safe passage out of the country after the end product had been launched.

My relations, like most relations, are hyper-sensitive and tend to react violently when it is suggested to them that they are less than perfect.

I can assure the gentle reader that it would be a highly diverting book, to say the least, a book of extremes and contrasts, a plot and counter-plot of love and hate, of humdrum and lunacy, in short as diverting as most books about most relations.

You might say that I once took a few faltering steps in that direction.

I was interviewing a cousin about the character of another cousin who wanted me to secure him for a short-term loan in the bank.

"What kind is he," I asked our common cousin.

"He owes nothing to anyone," my informant went on, "because no-one would ever trust him with anything. He's a great man entirely to eat a pig but a bad warrant to fatten one and he never murdered anyone that I know of, I'll say that for him."

"Suppose you were asked," I said, "to cover him in one sentence; how would you describe him?"

To beggar time he took ou this pipe and looked to see if the ash in the bowl was worth reddening.

Then he looked me fairly and squarely in the eye and shook his head with a wry smile to indicate he would prefer not to comment.

At my insistence, he answered with considerable reluctance:

"I would describe him as a nice chap," said he, "but for he being the opposite."

Not a bad character reference when you remember that the pair were on fairly good terms always.

It would seem then that a book about relations is not on the cards and I suspect that the basic reason is that so little is thought of relations by other relations.

It would seem that they are not worth writing about and the only concession a relation, rich or poor, has the right to expect in this world from other relations is a Christian burial.

Now for some sobering news.

Canavan's talking dog, Banana the Sixth, has departed this vale of tears and has by now arrived at that place where dogs are never mistreated, where dogs are never designated curs, whelps or mongrels, but where all canines, great and small, romp and play the livelong day without fear of man's inhumanity.

In short, gentle readers, the dog is dead.

He was not struck by a passing car, nor did he succumb to a lethal dose of poison.

Neither was he shot nor Canavan, from a broken heart hanged.

He died, and he now rests under the shade of a small plantation of prime Lombardy poplars which protect the Canavan home from the unrelenting onslaughts of the south-westerly wind.

Let us not argue whether dogs have souls or not.

Let us examine the facts that are presented by Canavan.

In June of this year a small brown bitch of indeterminate breeding, but with an apparent preponderance of that breed known as fox terrier, showed up late one evening at Callaghan's Cross which is the main entrance to the great bog of Dirha.

She was obviously abandoned or lost for she did not know her way.

She made first for Ballybunion but after a few paces changed her mind and entered the roadway that cuts diagonally through Dirha Bog.

No sooner had she done this than she was set upon by a trio of local curs who, uninvited, sought to force their attentions on her.

She fled howling along the roadway followed by the yapping curs.

At the time Banana the Sixth was having a nap in the lee of Paddy Carey's turf rick.

Annoyed at being awakened, he peered around the corner of the rick to locate the cause of the turmoil.

At once, he sized up the situation.

Need it be said that he had more than a passing acquaintance with the three curs, they fled as one when he emerged snarling from behind the rick.

They had fled as one when he emerged snarling from behind the rick.

They had sampled his teeth before and had no desire to do so again.

From that moment Canavan's dog became the protector of the strange bitch, but in time their acquaintance went deeper and so to love which burned and blazed across the dry days of summer and autumn.

Then one catastrophic morning in late August, the bitch who was christened "Spot" after a block discoloration which stood out against the milky white of her left side was bowled over by a lorry as she rambled in a lovelorn trance from one side of the dusty road to the other.

The driver's vision was obscured by the films of white dust which kept rising along the roadway in the wake of passing tractors and trailers hell bent on drawing home the winter's turf.

After the bitch's demise Banana the Sixth took to moping and finally to fasting.

He was dead in the space of a fortnight, and perhaps Sonny Canavan rightly maintains that it was a broken heart done for him after all.

In the absence of evidence to the contrary, we must presume that love was the boy that blighted him for good.

Banana the Sixth was by no means in his prime but love like lightning strikes when and where it is least expected.

Canavan thinks although he is not rightly sure that there is a young nephew of Banana the Sixth residing with a small farmer somewhere in Rathes.

Who knows but one of those days he might surprise and astonish his master by uttering one of those profound utterances for which his late uncle was famed far and wide.

This article first appeared in The Limerick Leader on October 16, 1976.