Out in the Open: When words hurt more than sticks and stones 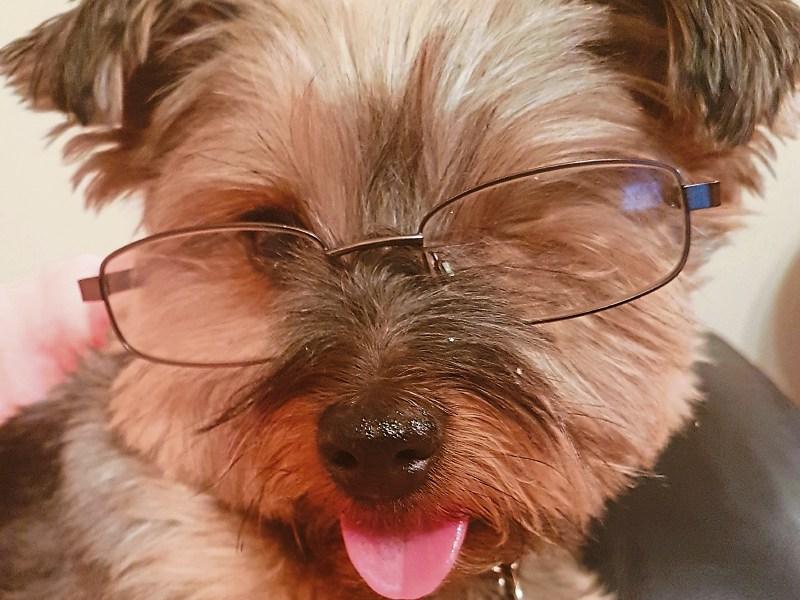 MOST of our English teachers warned us at one time or another of the folly arising from the use of a big word where a small one would do just as well, and a few weeks ago we dealt in-depth, with this aspect of communications as indeed we do and have done with all manner of subjects.

But be this as it may, there was nothing so deflating to an ignoramus or bostoon or a common thug as a barrage of well-timed, well-spaced, multi-syllabic tongue-twisters.

Backward and suspicious folk, unversed in the subtleties and sonorousness of sublime expression, have a healthy respect for the man who has words at will and will give him a wide berth for fear of invoking his wrath.

In fact, there are many sensible country people who would much prefer a lick of a naked fist.

The worst a belt of this nature can do is give you a black eye or a broken jaw, either of which can be cured easily and forgotten about altogether in the course of time.

Not so with a nicely mounted cluster of sharp, scintillating words.

These can leave scars and sores that will not heal for a genesis of generations.

How many will disagree that an absurd soubriquet has twice the punishing powers of a comprehensive physical beating?

The old Gaelic chieftains had a greater fear of satire and ridicule than of sworn enemies out for a man's blood.

At least you could build castles against your enemies buy against the invective of a disgruntled bard. There was no defence whatsoever, and even if you cut off his head before he got started one of his brotherhood was sure to lambast you with a lacerating and lineage-defiling displode which was sure to be remembered unto the third and even the fourth generation.

Anything was preferable to the poet's curse or the wit's tag, and if 'twas the last fork of mate in the house itself, it was wiser to part with it rather than risk the wrath of a half-starving poetaster.

Worse still, of course, was to be fettered by a mouthful of words which the benighted victim would have no hope of understanding.

Bad as he is, than the devil one does not know, and what an ordeal to have to through the world like a dog with a canister tie to its tail.

There are others, of course, notably schoolboys, who have no fear whatsoever of the spoken word when delivered by a disgruntled teacher.

The longer the tirade, the less likelihood of physical punishment.

The maxim here was:

"Sticks and stones may break my bones

But words will never hurt me."

However, I remember a singular exception to this.

Many years ago in Listowel, there was a secondary teacher by the name of Paddy Breen was reputed to be one of the best English scholars in Kerry.

Once, after an argument with an inspector, he was asked by the school's president to render an account of what happened.

"All that happened," said Paddy, "was that I bade the fellow beat an ignominious retreat to the native valleys of his own obscurity."

There was in Pady Breen's heyday a pupil attending each morning unfailingly late.

Always he would come up with a different excuse.

It so happened that one morning, Paddy was taking the first class of the day.

Our friend, as was his want, arrived a half-hour later.

"Well," said Paddy, "what excuse have you to offer this time?"

"My mother's watch, sir, she stopped," was the invented answer.

All the other clocks and watches in the house had long since been rendered inoperable due to a variety of misfortunes.

"You, sir," said Paddy Breen "are the misbegotten metamorphosis of a miscalculating microchonometer."

One young friend took the jibe poorly and did not attend class the following day nor indeed for many a day afterwards.

Eventually, Paddy received a solicitor's letter asking him if he would be good enough to repeat the damaging statement in court.

Paddy replied that he would be agreeable and sent the solicitor an exact copy of what he said.

No more was heard of the matter but had he used smaller and more easily understood words there would have been no misunderstanding whatsoever.

Readers then may gather that I do not altogether agree with teachers who lay too much stress on simplicity.

All the words in the dictionary are there to be used, and every word, no matter how discumumbulating it may be, deserves an airing now and then.

A sameness of small or undistinguished words will definitely present a practical and clear picture, but they will not alas present a memorable picture, with, of course, the honourable exceptions such as Four Ducks in a pond and the like, which only serve to prove my point.

One venerable reader of our column on communications was none other than my great friend, Willie Whack Gleeson, dean of Limerick's typesetters and a great man to utilise big words as well as small.

He is a man to whom I am greatly indebted this many a day for his priceless insight into the character and background of his fellow Limerickmen.

"Sir," he opens in characteristic fashion, "in recent contribution of yours to the Leader, you referred to the use of long words by yahoos, gombeen men, TDs and long-winded buffoons."

"If I had my way, I would apply the following as a fair reading test for all drunken motorists and self-styled intellectuals and comprise city and county councils."

Yours till Niagra Falls

How does one react to a letter like this from a man, who as far as I am aware, was never once intoxicated by the exuberance of his own verbosity nor given to inflated or fustian tumidity?

I imagine the sensible thing to do would be to have a shave a haircut, and if practicable, a shampoo, after which a refreshing bathe in the milk of ass mares is to be recommended.

Sometimes at race meetings, I stand aside to watch the passing scene.

At the dog tracks, it's different.

One is at once caught up in the proceedings such is the nature of the sport.

Recently at a well-known race meeting, I stood near to the owners' and trainers' bar.

From time to time, men and women with binoculars draped across their shoulders came and went.

Occasionally the doorkeeper would extend his hand to stop people who did not show proof of ownership.

Some of these were somewhat disgruntled and argued their cases heatedly.

Sometimes the doorman would reconsider his decision and admit them.

With others, he was adamant.

He held them firmly at bay; a cross look on his face, his shoulders belligerently squared under his white coat of office.

There was one particularly noisy exchange during which a couple of young bucks attempted to push the doorman aside.

They moved off, however, when the doorman threatened to call the Guards.

Next to arrive was a North Kerry publican with a party of friends.

None of the group had ever owned or trained an ass not to mention a horse.

The publican in question shook hands with the doorman and entered the bar.

Then, with the magnanimous gesture, he indicated to the remainder of his party that it was alright for them to enter.

The doorman made no attempt to stop them

Immediately after the last of the party had entered a decent-looking man with a pair of binoculars was held at bay by the doorman.

Puzzled, he retreated and sought another bar.

I saw some of them in a special enclosure in the stand, and there was nothing about them to indicate that they were different from other race-goers.

This story first appeared in The Leader on October 2, 1976.