Out in the Open: Days of the Castleisland Blonde and stew that fed an army 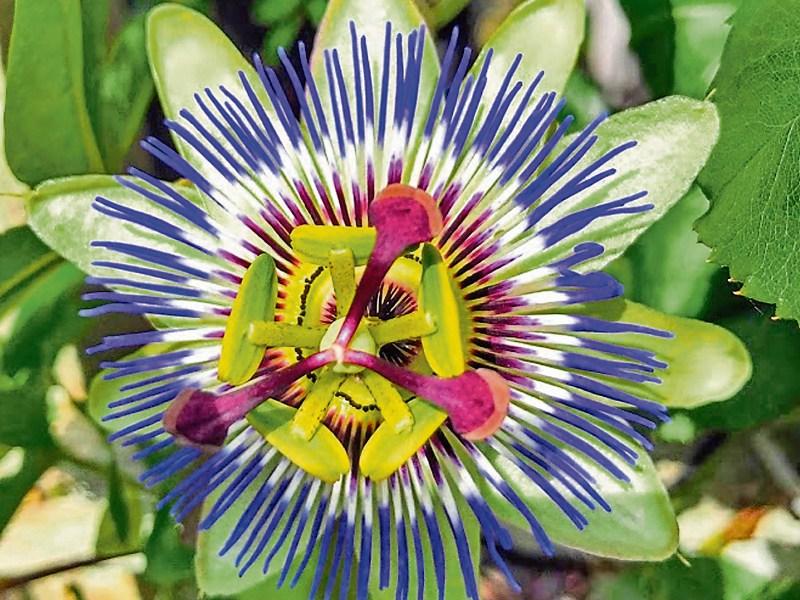 MCCONACHIE’S stew. That was the staple diet of those intrepid troopers who encamped themselves on the slopes of Renagown in Lyreacrompane when Ireland was especially geared for a state of emergency at the outbreak of the Second World War.

The Emergency Period, as it is known today, was the brainchild of the Fianna Fail Government of the time whose aim it was to bring the Irish Army up to maximum strength.

This they succeeded in doing, and despite deficiencies in equipment, they proved themselves to be as fine a body of young men that ever donned an army uniform.

In addition, most did very well for themselves afterwards, not because of any special concessions made to them by a grateful state, but because the Army is a great hardening school where discipline is a way of life.

This served them well in later life and gave them a head start over their less-disciplined fellows.

But back to McConachie’s Stew, which came in one-pound tins and was packed and processed in Roscrea where many an ancient and venerable steer ended his sojourn in this intolerant world.

This is not to say that these steers ended up as McConachie’s Stew.

Far from it, because the soldiers who peopled the slopes of Renagown in the forties are agreed that there was nothing wrong with the stew except that sometimes there wasn’t enough of it.

The tins were steamed in the Army field kitchen, which was the most tightly guarded area in the encampment.

It was served as the main meal of the day with potatoes.

Many of the soldiers came from homes where meat of any kind was scarce or non-existent, and to these, the stew was a blessing.

One man who was stationed in Lyreacrompane in the summer of 1940 confessed to me recently that he consumed more meat in one week while serving there than he had previously consumed in all his life.

The staple diet in the two-roomed flat owned by his father and mother in Tralee consisted of bread and tay, and rarely indeed was the fresh meat on the menu excepting an occasional sausage, which was a special treat.

Last week we mentioned how Tim Nash of Bengal Terrace in Limerick city happened to be stationed in Lyreacrompane during the Emergency.

Tim managed to enlist at the age of fifteen.

Recruiting officers are none too choosy about the ages of likely prospects during times of crisis and the Irish Army, in this respect, was no exception, so Tim found himself a third-grade volunteer instead of a last year schoolboy.

His pay, at the outset, was thirteen shillings and two-pence per week, which is the equivalent of approximately sixty-six pence today, which is the price of a glass of Irish whiskey in most modestly priced public houses, or in rag-trade terms, the price of a pair of ordinary socks.

This was a good deal better than nothing in a country which was only beginning to emerge from the catastrophic effects of the Economic War, a luxury, incidentally, which only a country like Ireland with its exotic forms of nationalism, could afford.

Tim Mash supplemented his weekly wage by saving floors of turf at the going rate of eighteen shillings a floor.

A floor consisted roughly of two sleans and took the best part of two days to save.

There were mean who could do it in less, and there was one legendary figure from Finuge, outside Listowel, who could finish a full floor in a single day.

His name was Pat O’Sullivan, and he was reputed to be the best turf futter of all time.

There was also part-time work available from farmers, but since there were very few prosperous farmers in the Stacks Mountains during this period, this was rather limited.

In short, the Army was a Godsend where there were large underfed families.

The pattern of Army life was rigid enough but with the extra money from the turf futting the young soldiers made occasional drinking forays to the nearby town of Castleisland, which was a mere seven miles away and considered at the time to be no more than a reasonable walk.

At that time, as now, it was a booming place, the centre of the turf industry, with lorries coming and going at all hours and constant streams of horse, pony, and ass-rails of precious peat converging on the town’s numerous turf depots.

Tim Nash has vivid memories of the period.

He recalls the case of two soldiers who walked to Castleisland on a bitter Sunday night in the month of March.

There was hard frost at the time, the hardest of the year, but apparently or young friends neglected to take their overcoats.

They spent what they had and were in a merry frame of mind as they took the long road for the encampment.

Now one of the young troopers who had been drinking porter while the other had concentrated on whiskey.

About halfway between Castleisland and their base, they were overcome by fatigue.

No doubt, the strong drink was also taking its toll.

They fell by the roadside and were unable to rise.

It was easier to lie down than to continue.

When morning came, the younger of the pair arose and endeavoured to rouse his companion.

It was to no avail.

The poor fellow was lifeless, a victim of exposure, a common enough tragedy during a time when there were no motor cars to oblige with lifts home.

The startling part of the story is that it was the man who had been drinking the whiskey who survived.

Tim Nash also recalls the case of the Castleisland Blonde.

She was forced to leave the town in unusual circumstances.

With a war-time army in the vicinity, I will leave it to the imagination of my readers to determine the nature of her transgressions.

In this respect, according to those who were stationed there at the time, Listowel took a more lenient view of camp-followers.

They were there in reasonable supply and by all accounts were reasonably priced.

How they failed to incur the wrath of the authorities remains a mystery, although it always has been and still remains a place where people take a charitable view of the failings of others.

There are, naturally, odd exceptions who are eternally critical.

Tim Nash, who resides now in England and who is employed as a clerk of works, recalls that McConachie’s Stew was a nicely-flavoured concoction.

The potatoes were not always up to the mark, and sometimes the tea was weaker than it should be, possibly because it had a habit of disappearing somewhere between the packet and the teapot.

No great wonder since it was fetching thirty shillings a pound in the black market.

There was in the Army at this particular time a man by the name of Malone, a buck private of astonishing proportions.

He was tremendously strong and had the appetite of a horse.

Consequently, he was a named Horse Malone.

The cook-in-residence was sympathetic to Horse Malone’s plight, and instead of a tin of stew, he would always hand him a carton.

This consisted of a dozen tins, and to Horse’s credit, not a morsel remained at the end of the meal.

Despite the fact that the food was plentiful enough, it was almost completely without variety.

Tim Nash recalls how General Costello was once visiting the camp when a delegation of soldiers told him that the camp menu left a lot to be desired.

Ever a man of action, the General sent a number of lorries to Limerick, where a supply of bacon was requisitioned.

There was a marked improvement in the overall food picture after the General’s visit.

During the night on which the soldier died from exposure, there also happened to be an old woman of the roads sleeping out in the vicinity of the tragedy.

Her name was Nellie Mulcahy, a familiar figure of the period who abhorred institutions and preferred to take her chances with the elements.

Dressed in rags, she managed to survive for many a year, although her bed consisted of nothing more than a few discarded newspapers.

Asked afterwards if she noticed anything peculiar about the night, she answered, No.

Asked how she managed to survive when a younger person died, she simply answered: “I slept with a bundle of Independents under me and two Kerrymen on top of me.”

This article first appeared in The Leader on September 25, 1976.