Out in the Open: Thugs in command and ‘not a garda in sight’ 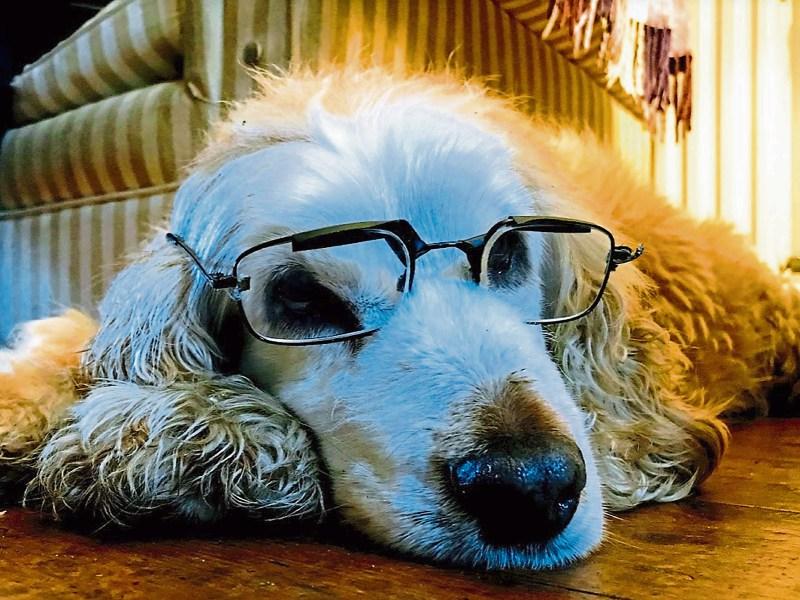 Sean Ryan snapped Henry, who wishes that he had gone to Specsavers

CONCERNING my recent remarks regarding the summer scene in Balybunion and other well-known North Kerry resorts, I have received a number of letters from places as far apart as Emly and the city of Cork.

For once all the writers agree with what I have to say about Ballybunion, the gist of which was that it wasn't a fit place for man or bashte during the weekends of Whit and August.

Apart from this, quite a large number of people have stopped me in the streets and warmly congratulated me for highlighting the sordid state of affairs at certain weekends at this most friendly of all holiday resorts.

We grew up with the word Ballybunion on our lips, and for children of all ages, it spelt magic.

It still does, and hopefully, it always will, but its present decline must be drastically and immediately arrested unless it is to fall into the hands of thugs and hooligans.

Make no mistake, these treacherous urchins were in command of Ballybunion during the recent August weekend but, happily, for the first time the people of Ballybunion are admitting to the fact that they have a problem.

In addition to this, when the name of Ballybunion is mentioned in distant places, it no longer commands the respect it earned for itself over several generations.

This has been whittled away by successive invasions of teenage rioters. Now people raise their eyebrows or grin with disapproval whenever the fair name of Ballybunion is aired.

In a letter from one of the resort's best-loved and most respected senior citizens, the following point is made:

"A million thanks on your excellent article in the Leader which highlighted the all too apparent causes of the rapidly declining status of our beloved Ballybunion. as a happy and friendly family holiday resort. One vivid cause of this rowdyism is the complete lack of proper policing of the place with only a minimal number of Gardai on duty at any given time.

"Our belief is that if the town showed the presence of uniformed Gardai in good numbers, the all too common appearance of the rowdies and the teenage drinking would quickly vanish."

There are several other letters with similar views.

The conclusion I would draw from the sum total of these is that Ballybunion is about to take a stand against thuggery and violence is determined to restore its good name.

All it needs for failure is one publican who will not refuse under-age drinkers.

It was this which originally started on its downhill slide.

Word went out that there was no problem about age in certain establishments.

There was nothing the other decent houses could do to nip the business in the bud.

There was one house in particular where children of twelve, thirteen, and fourteen were served with intoxicating drink. Ballybunion has a thousand living witnesses who will attest to this fact.

Here now is an extract from another letter. This is from a Charleville woman who has spent most of her summers in Ballybunion:

"I came up the Main Street with my two older children, both aged ten and eleven; I had promised them a few rounds on the dodgems. Accidentally, the younger lad tipped against a boy of fifteen or sixteen as we were about to enter the arcade. The fifteen-year-old slapped my child to the ground, and when I tried to reprimand him, he bared his chest and spat in my direction. He was backed by several of his own age. It was a horrifying moment for my children and me, one I want never to experience again. This street was thronged with animals. They could do as they pleased. Print this. Use my name and address if you have to, although I would rather if you did not.

P.S There was not a Garda in sight."

There are others, I am sure, who have similar stories to tell.

What then is the antidote for this resort where thugs may run riot with impunity and terrify innocent women and children, not to mention the maiming of publicans and the damage to property, although in this respect they met their match in the shape of a local farmer who produced a slasher and held them at bay till the Civic Guards arrived.

Is there a way to curb the trend towards more trouble? Of course there is, but first let us look at one of the most incomprehensible aspects of the whole business, the absence of Civic Guards. Note I say absence not dereliction of duty or incompetence or anything else that might impute that the Guards at Ballybunion for the weekend were not attending to their duties.

Everybody is agreed that the Civic Guards in Ballybunion did a good-enough job with the slender resources available to them. There just were not sufficient to go around. Why then do I use the word incomprehensible?

I use it because I cannot understand the lack of foresight by whomsoever was responsible for the provision of reinforcements during the recent August weekend.

I remember before the first Fleadh Cheoil ne hEireann in Listowel there was much apprehension regarding the outcome of the proceedings.

Hundreds of extra Guards were drafted into the town, and everywhere one turned, there was the reassuring sight of abundant uniforms.

Forewarned is to be fore-armed, the old adage goes, but surely if this is the case, Ballybunion should have been thronged with Civic Guards for the Whit and August weekends.

The writing was on the wall in real earnest.

Man, woman, and child in North Kerry were aware of the fact that there sure to be trouble in Ballybunion. In fact, everybody knew except the person or persons whose duty it was to provide Civic Guards.

No-one will deny that there was more likelihood of trouble at the most recent August weekend in Ballybunion than there was before the first Fleadh Cheoil in Listowel.

There would, therefore, seem to be no justification for the pitiful quota allotted to Ballybunion.

This is no attempt to turn the spotlight on dear old Ballybunion and to highlight its more recent mishaps. I would be the last person in the world to do that. I have far too much regard for this loveliest of all seaside resorts. I have sung its praises for long enough.

I would be falling down on the job if I did not pinpoint a few of its flaws.

Last week, I met a number of people who remembered Dan Paddy Andy O'Sullivan's famous Lyreacompane dance hall when that venerated building was in its heyday.

First was Bunny Dalton whose band frequently played there and was one of those outfits who came under the general head of "strange music."

Bunny recalled a supper dance which took place in the hall sometime in the late thirties.

It consisted of bread and jam and tin pannies of steaming tea.

Admission was naturally raised for supper dances, so the entrance fee was six-pence instead of the customary threepence. This was regarded as somewhat exorbitant at the time, and certain Terpischoreans expressed their disapproval by showering the corrugated roof of the small hall with big stones.

Another group of black-guards located the hiding place of the several pots of jam which Dan Paddy Andy had purchased in Castleisland for the occasion.

Carefully, they removed the covers and mixed some turf dust with the contents.

Fortunately, this had no effect whatsoever on the patrons, who devoured every last ounce of the new concoction without a word of disapproval or the slightest sign of any harmful after-effects.

There were no more supper dances after that, not because of the disapproval of the patrons but because war broke out and sugar could not be had for love or money, not to mention tea, which was sold on the black market at the unprecedented price of thirty shillings a pound.

Another man to recall those halcyon days in Lyrecrompane was Tim Nash, who hails originally from Bengal Terrace in Limerick and now works as a clerk of works in England.

It was Tim who told me about McConachie's Stew, which was the staple diet of the Irish Army who were stationed in Lyracrompane at the time.

Tim was a private soldier in those days and was in receipt of the enormous weekly pay of thirteen and tuppence. Still, he recalls the times as happy, and he remembers with affection several all-night dances in Dan Paddy's hall.

In those distant days, to supplement his income, Tim would futt a floor or turf during his off-duty hours. A floor took one and two-third days to futt and the pay for this strenuous exercise with eighteen shillings.

It helped buy porter and fags in nearby Castleisland, only seven miles of a walk, according to Tim, who still looks as fit as he did in the early 'forties.

In future columns from time to time, we will read of Tim's recollections of the wartime period in Lyreacrompane and of some of the happenings which coloured the young lives of himself and his fellow soldiers.

This article first appeared in The Leader on September 18, 1976.