Out in the Open: Those were the days at the crossroads dance hall 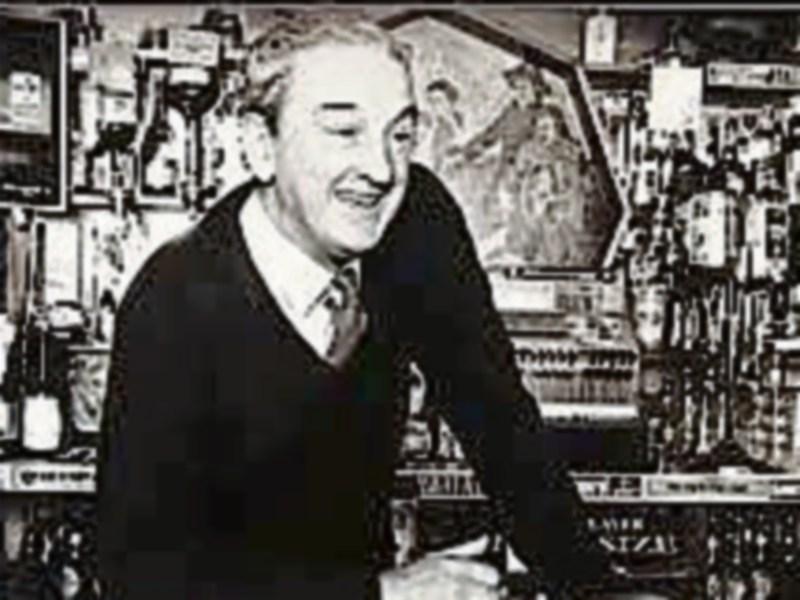 OF all the people, distinguished and otherwise, who have received honourable mention over the years in these columns, none has succeeded the same amount of genuine curiosity as the late Dan Paddy Andy O'Sullivan, the great Lyreacompane matchmaker.

From day to day I receive letters and meet people who knew Dan Paddy Andy when he was in his heyday, and I am not exaggerating when I say that the exploits they relate concerning him would fill more than one book.

My first meeting with Dan Paddy Andy came during the early stages of World War II.

At the time, I could not have been more than 13 years of age.

I was spending my first summer with relations of my father's near the famed Ivy Bridge of Renagown, Lyreacrompane.

How Dan Paddy Andy became aware of my presence in the Stack's Mountain is beyond me, but I was only in residence a week when he landed one day to the house where I was staying and demanded an interview.

I was as mystified as my relocation by his request, but to make a long story short, I was quickly located and brought into the presence of the great man.

Although it was a warm summer's day, he wore a black overcoat and a hat.

He also carried a stout blackthorn stick, and he wore a pair of spectacles with lenses as thick as plate glass.

I have no doubt that Dan Paddy could see out through these, but I doubt if anybody could see in.

Before he got down to cases there was the customary rustic preamble about weather, crops, births, deaths, and marriages, and when this ended Dan Paddy Andy announced that he had been informed by a friend of his, Pat Kenny the butcher on Church Street, Listowel, that I had a small coin collection and consequently might know something about coins.

My collection was indeed small, and my knowledge smaller still, but the latter I placed unreservedly at the disposal of Dan Paddy.

Over the years, he amassed a large collection of coins at the door of this crossroads dance hall.

These had been fraudulently substituted for legitimate coin of the realm.

Dan Paddy Andy's sight was so poor that his only means of testing a coin was to bite it with the few sound teeth which the passage of years had left in his head or to feel it with his fingers, although these must have been rendered somewhat insensitive from years of attachment to slean, shovel, and pike - not to mention the paps of cows and the rock-hard sods of Lyrecrompane turf.

The biting system was adversely suited to the discovery of pewter and leaden coins, but it was a complete failure; otherwise, Dan's collection was as varied as it was interesting.

It consisted chiefly of well-worn farthings with beautifully grooved edges and flattened out a little so that they resembled English sixpenny pieces when blanched with silver paint or covered with free silver paper which was to be found in most cigarette boxes of the period.

Next, there were halfpennies blanched as well to resemble shillings and neatly grooved to escape the probing fingers of Dan Paddy Andy. Then there were dimes and nickels which Dan Paddy was not above accepting when Irish coins were not available.

There was a large number of religious medals, the prince of which was a sawn-off Child of Mary medal, which resembled a half-crown.

It was perfectly grooved, although it was the one piece which annoyed Dan Paddy Andy every time he looked at it.

What niggled him was the fact he had given out two shillings and Threepence change upon receiving it. Threepence was the then rate of entry into the dancehall.

In a separate small bag, there was a collection of fake English threepenny pieces.

These numbered five hundred and had been punched out of a sheet of tin by an army corporal, who sold them at a penny a time. Months were to pass before Dan Paddy Andy discovered that he was being taken in by these tin pieces.

Dan told us that he sometimes knew when a fake was being passed off on him, but that for the sake of peace and friendly relations, he kept his mouth shut.

Apparently, a favourite past-time among the less disciplined members of the army after having failed to gain admission was to shower fist-sized stones and black cadhrawns on top of the corrugated iron roof on the dancehall.

When this was done in concert, the noise resembled thunder. Remember that these were drilled men who knew how to extract maximum vantage from such situations.

When Dan Paddy and a few friends went to investigate, the culprits had faded into the dark landscape, slightly skirting dangerous boholes and trenches where older, less fit men might end up if they risked pursuit.

Inside the hall, it was worse.

The noise was simply unendurable.

Women could come streaming out the doorway with their fingers thrust into their ears demanding their money back. Dan endured this for a period and finally complained to the officers in charge.

His complaint had the desired effect for a while but only for a while. He then appointed a look-out man and paid him in advance at the look-out man's insistence.

If anything there was an intensification of the barrage so that Dan was driven to his wits' end and he considered the permanent closure of the hall.

Never a man to be rebuffed, Dan Paddy Andy hit upon a novel scheme.

He commissioned the proprietor of an ancient lorry to deliver a load of turf mould to the rear of the hall.

He spread it on the roof to a depth of a foot or so. That night when the younger soldiers started their tatarara, they were astonished to hear not a single sound.

They redoubled their efforts to no avail. This soon put a stop to the rock-throwing.

An attempt was made to burn down the hall, but a torrential downpour of rain nipped this foul act of arson in the bud.

As the war reached its climax, there was an upswing in the attendance at the dances.

Take into account the fact that crossroads and platform dances were no longer as popular as they used to be and that Dan employed highly talented musicians only, and the success of the hall is easily explained.

The nearest opposition halls were the 'Six Crosses Hall' 3 miles from Listowel and 'Headley's Bridge' hall between Listowel and Castleisland.

About this time, too, Dan was receiving unfavourable mention from the pulpits of not-too-distant churches.

The clergy, misled by mischievous accounts of atrocious goings-on after Sunday night dances, warned their flocks against attending this 'den of iniquity' as one gullible cleric called the Stack's Mountain dancehall.

Not all priests were so gullible, and they made no mention whatsoever of the hall no matter what stories reached them from time to time.

Dan, of course, has no hesitation at all in opening his premises on Christmas Night and Lenten Sunday nights when all other dancehalls in the diocese were closed by strict order of the bishop.

This liberty incensed certain round-collared gentlemen who themselves had parochial dancehalls to maintain but who were obliged to stay closed because of the bishop's ruling.

But for the fact that the hall was so isolated, Dan Paddy might have wound up a millionaire. Petrol was rationed at the time, and the only method of transport for young people was shanks mare. Few had bicycles and those who had were without tubes or tyres.

Still, he did a lively trade, but only a fraction of what he might have done during the Lenten period when he had no opposition.

The hall was situated at Renagown Cross, seven miles from Castleisland, twelve from Tralee and fourteen from Listowel.

Today, if you pass that way, there is no sign whatsoever of this historic building.

Not even a vestige of the walls remain.

Last week I passed that way on my way home from Tralee.

I left the car on the side of the road and sauntered along the narrow road that leads the valley of Castleisland. A shrouded moon, sickled and pale, looked down on the silver landscape and only the frogs and crickets intruded upon the enchanted silence.

I looked to that spot where row after row of tents once stood out like giant mushrooms in the aftergrass of the hillside fields and waited for the plaint of a service bugle.

But behind the mist that enshrouded the hills and valleys the melodies of that golden time are still drifting around and around aimlessly but happily.

It is an easy matter to conjure up the babyfaces of the freshly-uniformed volunteers as they stood outside the dance hall on a Sunday evening during the first summer after their arrival.

Easier still to see them ticking their fingers after downing their rations of McCanachie's stew, canned in Roscreat from the best beeves that money could buy.

It is impossible, however, to recapture the hazy lasy atmosphere of the early 'forties.

Perhaps it's because nobody had more than enough in those days and there were no strikes for the good reason that there were no jobs.

This article first appeared in The Leader on September 11, 1976.