Out in the Open: The tragedy and the comedy of being misheard 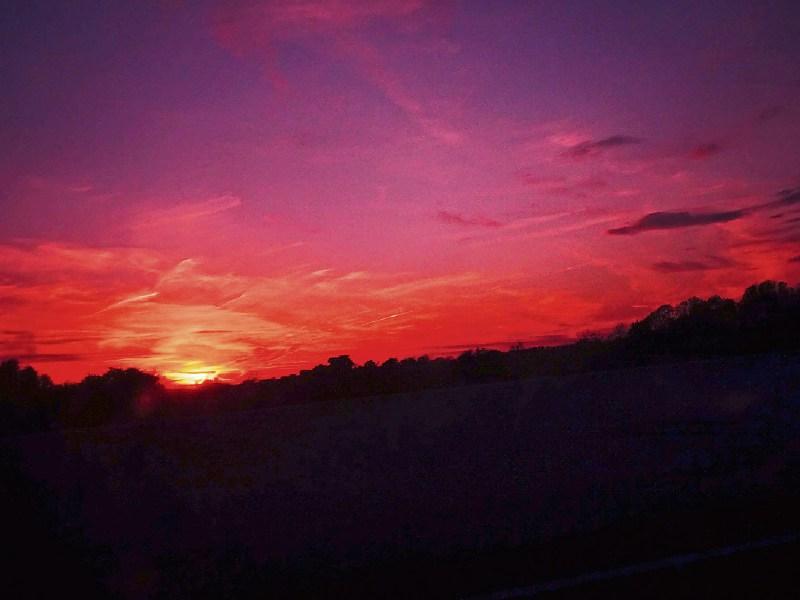 PICTURE THIS: Grand stretch in the evenings: Cian Carmody snapped this sunset

THIS week’s treatise I will devote solely to the tragedy and the comedy of misunderstanding others and of being misunderstood ourselves.

Readers may have become aware lately of the presence of a middle aged drunk with a bottle-scarred face who wanders from village to village, town to town and from pub to pub in North Kerry and West, Limerick. I caught him recently retreating from the pub with two collection boxes and when I dispossessed him he claimed that he had as much right to their contents as any “bloody black babies” as he put it. I threatened him with the Civic Guards but he told me they were fed up with him. He told me he had once been a teacher and they religion, gossip, sex and jealousy had put an end to his career. He named the town, not too far away, from which he hailed. I gave him a pound and told him to mend his ways.

“With a pound,” he said. “You wouldn’t mend the sole of one show with a pound.”

I gave him a packet of cigarettes and then he started out into a prolonged harangue about religion which is totally unprintable although here in essence as presentable as possible is the gist of what he said.

He said he blamed the Catholic Church for the continued determinant of a comprehensive sexual debauch absolutely vital to his mental and physical well being. He did not, fair play to him, confine his dislike of religions to any particular one. He blamed the Protestant church for misappropriating the more fertile demesnes of Ireland for downright servility through the employment of exaggerated aloofness, refined but carefully cultured accents and honesty in petty transactions.

The Jews he tolerated, saying that they were hard workers and loyal friends who were made scapegoats by Catholics and Protestants alike when they wanted the spotlight turned off themselves. He also secretly subscribed to the belief that the Irish Race was a limb off the lost tribe of Israel and he was prepared to substantiate this provided I filled him with a drink, all religions he feels should be watched closely nevertheless, they should be reviewed regularly and made account for themselves if we don't want a repetition of the Crusades and the Inquisition not to mention the Black Hole of Calcutta and the stoning of Saint Stephen. When I refused to serve him with intoxicating drink he went about his business but I have seen him on several occasions since reeling from door to door of the towns licensed premises or addressing himself loudly in public places. Need I add that his views are not shared by myself but I feel, nevertheless, they should be aired if only to let us know what goes on in other people’s heads and what affect constant heavy drinking can have on certain human brains.

This poor, benighted wanderer is, alas, totally misunderstood by his peers in town and country, there are hundreds like him who have opted out of the human race for one reason or another. Often deserted, maybe deservedly in some instances by wives and families they live out their lives in a muddle of sheer confusion vainly trying to make themselves understood.

I saw the same man for the last time yesterday. He was thumbing a lift to Dublin, he had a different suit a plain brown two-piece, far too small for him but I suppose it was the very best the St. Vincent de Paul could do at short notice. His face was ghostly pale. He looked like a porter bottle overflowing with milk. I think he was making a comeback. At least he gave a rueful, sober sort of smile when I waved at him.

There is not one person, of course, reading this treatise who has not been misunderstood at one time or another in his or her life. These misunderstandings arise chiefly from faulty acoustics, weak hearing, hasty interpretation, wishful thinking and any number of things which conspire singly or collectively to cloud the understanding. We do not listen intently enough nor do we digest what we gear carefully enough, in short we are in such a hurry during our waking hours that we are hell bent on taking the wrong causes for lack or reading the directions with care and attention. Often too we pose our questions so that misinterpretation is inevitable. I am of the belief, of course, that without these mix-ups the world would be a far less colourful place and there would be a great falling-off in humorous situations.

However we are only human and must be forgiven much.

The thing to do is enjoy the situation when it gets out of hand. I remember some years ago when there was an important cattle fair held in Listowel.

Towards the heel of the evening the biggest sale of the fair took place and a sum of several hundred pounds in luck money. But the purchaser refused to accept this amount saying it was not enough. Some of his friends were of the same opinion.

“I gave you six hundred pounds”, said he, “and all you’re prepared to

take off is ten. What sort of luck penny is that. By right you should be taking of f fifty.”

There was much argument back and forth and many of the patrons in the bar had their own views about the proper amount of luck money which should be handed over by the purchaser.

Sitting in an out-of-the-way corner of the pub was a lady who had just returned from England after a long absence from their from their native land. She was nicely primed with several gins and she was heavily painted with every modern appliance. She was obviously a woman of the world. The man who had sold the cattle approached her.

“You’re a stranger to all of us here,” said he, “and it might be no harm if we turned to you to solve our problem.”

The lady smiled agreeably but otherwise did not commit herself.

“Tell me,” said the purchaser, “if you were after getting six hundred pounds how much would you take off?”

The lady digested the question carefully while all the interested parties stood respectfully in the background awaiting her reply. After awhile she spoke:

“I’d take off every stitch I have on”, said she without batting an eyelid. Obviously a misunderstanding had taken place. The purchaser had not prefaced his question properly and the lady could not be blamed for answering the way she did.

Everyone remembers the story of the Kerryman who went to Dublin on his honeymoon. As he stood in the foyer of an exclusive hotel he was approached by the assistant manager who congratulated him first and then proceeded towards the business end of the matter.

“I suppose” he said to the fiddler who played all night long at the American wake. Towards morning he was forced to go to the outdoor toilet and when he returned it was evident that he had forgotten to tie the buttons at the front of his trousers, when he sat down to resume playing he was approached by a solicitous lady who whispered a few words into his ear.

“No” replied the fiddler, “but if you whistle a few bars I might pick up the air.”

I remember once to be telling this story to a number of drunken companions during the aftermath to a wedding, when I came to that part of the story which made mention of the solicitous woman one of my many listeners made the following statement: “By Gobs,” said he, “but you’re death down on solicitors.”

Misinterpretation can bring tragedy in its wake if the people involved humourless. There was a couple recently married who went to bed together for the first night.

The groom was an indifferent fellow who hardly knew what was expected of him. consequently when he hit the sheets he turned over on his side and fell asleep. The bride was nonplussed. She shoved closer still but he pushed her forcibly to the extreme end of the bed. She tried again. This time she placed her heels against his back and started to beat a gentle tattoo thereon.

“God’s name,” said the groom, “will you stay quiet and let me sleep.”

“I do,” said Johnny. “You want the whole bloody bed to yourself.” So saying, he rose from the conjugal couch and slept on the floor.

The article was first published in the Leader on June 5, 1976.