Out in the Open: Limerick jail... by a man who was wrongfully imprisoned 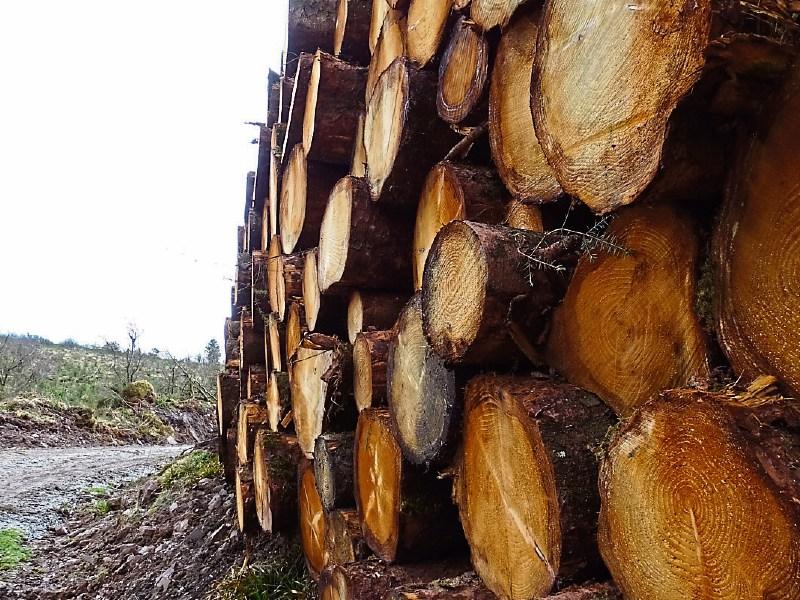 PICTURE THIS: Timber: Cian Carmody, Castletroy took this picture will out on a walk in Kilfinane

IT is now 36 years since Jack Faulkner served his one and only jail sentence. The renowned Traveller, now in his late 60s, was never a man who held the Garda Siochana in the highest esteem.

The month’s imprisonment was imposed in Listowel Courthouse by District Justice Kenny and it was served in full as there was no remission for good conduct as there is now, it was served in Limerick jail which according to Jack, is at present a luxury hotel in comparison with the conditions which prevailed there during his time, “It was over a small thing,” jack told me, “I was sent inside,”

Apparently Jack was in the town of Listowel for his big fair of May, together with a cousin of his whose name was Martin Carthy from the direction of Ennis, Jack repaired to T.D. O’Sullivan’s public house in William Street after he had sold a five-year-old dibkey for the unprecedented price of twenty-seven shillings and sixpence.

This was not to be the case for no sooner had they drawn aside then Jack was approached by a man who addressed him as follows:

“You’re the man who sold me the flawed mare in Rathkeale.”

Jack Faulkner was astonished. He knew the man well. He was a native of Glin, a well-known agitator, truculent and unpredictable in his cups.

We shall call him Mister X.

Sensing that there might be a disturbance, Martin Carthy excused himself. He had more than a passing acquaintance with the inside of Limerick Jail and he did not wish to renew the association. After Martin’s exit, Mister X continued to accuse Jack of foul practice in the horse trade.

It was a case of mistaken identity but there was no point in trying to explain this to Mister X.

The man was drunk and spoiling for a fight.

Jack Faulkner bolted his pint and hurriedly left the premises. He was followed by his tormentor who by now was shouting at the top of his voice.

The next thing was that he swung at Jack.

Now all the Faulkners, as everybody knows are accomplished in the art of fisticuffes. Jack dodged the blow, feinted, snorted and struck. It was a right cross.

Later that afternoon, Jack Faulkner was arrested and charged. At Listowel Court the following day he was found guilty to unprovoked assault and battery and committed to Limerick Prison to serve his sentence.

Since the prison was full at the time there was a temporary reprieve until a vacancy could be found.

This did not occur until early January of the following year. At the time Jack and Katie were camped on the main road a few miles form Foynes. One morning his business took him to Shanagolden and it was here he was approached by two Civic Guards, Twomey and Lyons, who informed him that he must go to Limerick.

At the time the creamery cars were passing and a light snow was falling.

“Don’t arrest me,” Jack pleaded to Guard Twomey, until the cars have passed.”

When the cars had gone the guards took him to Limerick by car, the bus being full at the time. At Limerick the prison secretary refused to accept the prisoner on the grounds that the warrant had expired.

They were about to release him when a sergeant entered.

“He was over six feet three and as thin as a rush,” Jack explained. “His name was McDaid fromthe North of Ireland and the minute he clapped his eyes on me I knew my goose was cooked.”

The guards explained the whole business to McDaid.

“Take him to Adare,” McDaid said, “and have the warrant re-signed”.

Justice Kenny was resident in Adare at the time. He signed the warrant and Jack Faulkner duly found himself in Limerick Jail.

“You’d get two spuds for your dinner,” Jack said “and one of ‘em was always bad and as for the meat, well I often picked more out my tooth after eatin’ a crubeen, and as for the breakfast there was a mug of cold tay, two slices of bread and a knob of loose margarine.”

“And the supper?” I prompted.

“In the honour of God will you not be reminding me of it,” Jack replied.

“Every week there was a visit from members of the prison committee, two men and two women. The men saw to the male prisoners and the women saw to the female inmates.

These visitors would listen to complaints. According to Jack Faulkner he himself had a rake of complaints, “but,” said he, “I was afraid to tell them.”

One day Jack received two cigarettes from a warder. He had been crying in his cell thinking of Katie and his encampment and the snow which was falling outside.

The warder dried the cigarettes by his side and walked away.

He had no matches but he was well used to getting along without them. In a small empty polish tin quickly filled with blood and the operation came to an end.

The prison uniform consisted of a coat, trousers and cap.

“The cap would fit Paisley,” Jack said, “and the trousers would fit long Rise of Beale, I had seven folds in it and it was still too long, the other students point me out to the boys and that would be the laughing.”

For the exercise he used to kick his cap around the cell and pretend he was Con Brosnan the footballer.

In the cell there was a Bible, “but,” said Jack, “I couldn’t follow it and anyway you’d have to be serving life if you wanted to finish it.”

His fellow prisoners were a motley crew. They were there for robbery, rape and setting fire to hay sheds among other things. Jack often caught a glimpse of the women prisoners going to Mass.

“One look and I knew they were gone down in the test,” said he. “Proper Roscrea every one of them with their heads bound by red scarves to signify danger I suppose.”

Then came the day of release. He left the prison in the company of the man from Macroom who had finished serving a year and a half for robbery with violence.

He had 40 Players but he refused to give Jack one.

“Give us half a fag itself,” Jack pleaded, but the Macroom man pretended he hadn’t heard.

They headed towards the railway station to look for buses. On their way they met two detectives.

“You’re like lads that would be out of the college,” said one of the lawnmen.

They ignored the comment and continued on their way.

Jack hoarded the Foynes bus. There was still snow on the ground and now and then there were flurries which made visibility difficult. This was why Jack failed to alight to his destination which was the camp where Katie awaited him. Both sides of the road were covered with snow as were bushes and hedges.

He got off the bus at Foynes, shivering with the cold and without a copper in his pocked. He shook the snow from his head and shoulders and started out the road to find his wife.

Then a man wearing a uniform stepped out of a doorway and placed a hand on his shoulder. It was Adams the postman.

He shook Jack’s hand and welcomed him home. He took him into John Eisbury’s public house and stood him a glass of whiskey. He bought him a packet of cigarettes and informed him that the camp was where it always was.

“I’ll never forget Adams,” said Jack, “nor any of the men of that country because they had good hearts always was that I was the same as their own.

“They wouldn’t ask you what you had or where you came from.”

Jack made friends with the man known as Mister X but it took some time. He used to take side roads whenever he heard Jack Faulkner was in the area.

Jack holds no grudge against society although it is quite clear he was wrongfully imprisoned.

A few months after being released he joined the Irish Army where he remained for the duration of the way.

The next time he wore a uniform was a wrenboy.

The article was first published in the Limerick Leader on May 1, 1976.