Out In The Open: Madness of the spoilt layabouts who sit on a goldmine 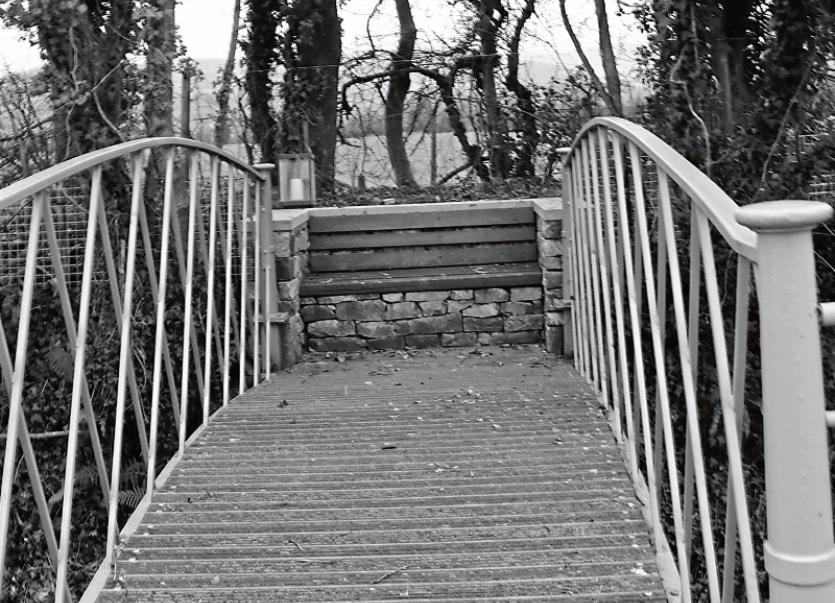 PICTURE THIS: Joe Condon, Castletroy sent in this snap while down in Cashel

LAST THURSDAY I walked through a neighbourhood bog. I listened to the lovely lays of soaring larks and inhaled the pure air. The prevailing wind was from the south-west and it carried with it in the tang of the Atlantic whose distant but muted thunder was discernible above the blowing of the breeze.

All around me were hundreds of turf banks, some cut away, sine partly cut but the vast majority were hardly touched. Here and there were undulating green ribbons of bohareen which led from the inner banks to the road-way.

I remembered a time, it was in the forties, when varying meihills of men dotted the dun-dark banks, carving out the winters fuel from sodden peat masses underneath their feet. Far, far away the Yanks were landing on Guadalcanal in the Solomon Islands after their historic naval victory at Midway. Monty, recently deceased, had just been appointed commander of the eight army in Egypt and Rommell’s Panzer divisions were no longer to play ducks and drakes with the British.

The Germans, in fact, were in full retreat by November around the time when the last of the turf was being drawn on to the roadway by old asses brought out of retirement and on sheets of corrugated iron, old doors or wheelbarrows.

The townies took to the bogs in the forties because there was no coal. Rick after rick after rick of turf stood at either side of the narrow road and from the distance it seemed that the ancient bye way was walled in by ten-foot thick ramparts of freshly saved peat.

There was great bustle in the bog in those days. Men, women and children recruited for the futting and re-futting. It was a time of emergency, a time when we looked to our own resources for our fuel.

I stood deep in the bog amid the yellow whins and barely blossoming heather and I pondered at the difference between those times and now. Was there now, I asked myself, a greater emergency now?

Was not imported fuel almost prohibitive in price and was it not crippling the economy?

Yet the turf banks were deserted save for a few groups of country people who clung to the older and cheaper methods of fueling.

To make the story worse, it was Saturday. But for the insane state of the country, I told myself, every 5-day-week man with a home and family within the vicinity of five miles would be here cutting the winter’s fuel with his neighbours or family.

Under my very feet were thousands of tons of the finest fuels to be found anywhere in the world, clean and costing practically nothing apart fro, honest labour which, in my youth many families from towns looked upon as a sort of outing or holiday.

There is something obscene about all of this, I told myself, something ludicrous about the crowds in the betting offices and pubs in the height of the day, something ridiculous about the long dole queues and the growing number of corner boys.

Here is this gold mine lying idle while we import millions of pounds worth of oil from callous Arabians and other middle - Easter confidence tricksters who are holding Europe up to ransom.

Here in our back yard are these fabulous turf banks waiting to be cut.

To make the situation even more diabolically obscene two oil lorries passed in quick succession. One stopped at a nearby house and discharged a supply of oil under the very shadow, you might say, of the turf banks.

What an absolutely disgraceful situation. Here is a country whining about the price of oil when all any householder has to do is buy an acre of bog which will last him for a lifetime.

Before I left the bog that afternoon I enquired about prices. Unopened bog was selling for about £40 an acre while obliged bog was fetching in the region of £100. Fuel for a lifetime for an average household, enough to last two generations of people.

As I walked home men passed me by in cars going nowhere, squandering their wages, not so hard earned now as in the forties, on the cost of needless transport.

They are all mad. I told myself. They have to be, they would rather spend their free days arsing around the towns and cities, looking through windows or sitting out the Saturday watching television and drinking porter and beer.

They would rather whine about rising prices than go and do something about it.

A country which turns its back on its own natural fuel resources has to be heading for disaster. The people of this country have been pampered and cosseted for too long. The stick has never been taken to most of them.

The majority of them never knew what it was to be without a shilling in one’s pocket or without a decent suit on one's back. They never knew one humiliation of being semi outcast because of enforced idleness.

When they have enough they look for more and they never ask of think about where it’s coming from. They don’t remember a time when a middling sized cigarette butt was pure gold and the price of a Sunday night dance was the be-all and end-all of youthful existence.

Now they have expensive never-never cars under their bottoms, even those who do not work or so little work they don’t deserve asscarts not to mind motor cars.

Every time I see a desolate stretch of virgin bogland I feel like crying for my country but then I ask myself if a people who are too lazy and selfish to exploit their own fuel resources are worth crying for.

The deserted bog is the first tangible manifestation of national calamity. A man told me lately in a public house in Nenagh that Ireland was turning into a nation of bastards. Those were his actual words.

“They have no class,” he said. “They keep taking out and put nothing back in.”

I wish, however, they would start taking the turf out of the bogs once more and spare themselves the indemnity of bringing oil for their fires over thousands of miles when a better and cheaper fuel lies outside their own doors.

Madness, that’s what it is.

Sheer madness. There’s no other word for it

NOW FOR a slightly more cheerful note. Some weeks ago in these columns I made mention of certain of my detractors and also of the foul habit of story enlargement as well as story-carrying.

Now from Michael Ryan the poet of Bawnreagh which is contagious to Askeaton comes a short, consolatory poem:

Dear John it breaks my heart to hear

That such a poet, playwright and seer,

And sage if sound simplicity,

Plus patron of mendicity

Should be beset by such detractors

The pen is mighty so they

But me I’m mortal man of clay.

Could I but catch the, you accusing

‘Tis not a bireo I’d be using

But all is well if well it ends

And be consoled dear John,

For friend and foe will sing

When you are pushing up

The daisies out death. Thank you, Michael. I suppose it’s the only favourable comment one can make about death. There is immunity from the bad word.

My OLD and indeed, venerable friend. Willie Whack Gleeson would seem to be indestructible. Willie was a member of the pre-truce Fianna. Willie it was who led the Kerry No.1 Brigade to Ballynanty and Plassey Mills after they had earlier crossed the Shannon from Tarbert to Labasheeda and Kildystart, the road from Kerry to Limerick being impassible due to the destruction of bridges.

From this all-too-brief political career Willie recalls one incident.

It took place in Kilmallock during the first ever by election in 1924, when Dick O’Connell (Gov.) and Tadgh Crowley (anti-government), former comrades-in-arms, fought it out cleanly for the vacant seat. Among the many top-brass who spoke on behalf of O’Connell were Messrs. G. C. Bennett, John Nolan Matt Griffin, D. Smyth, Canty Bourke, BL, James mossy Reidy, Morgan McMahon and a boatload of small fry.

One of the latter started off as follows:

“I’m a city born but at the same time have strong family ties her in Kilmallock. Like yourselves I’m a pheasant. My father and mother were pheasants and their father’s and mothers before them..”

Suddenly a voice in the crowd interrupted.

Shut up you Yahoo,” it said, “and don’t be making game of yourself.”

The article was first published in the Limerick Leader on April 17, 1976.