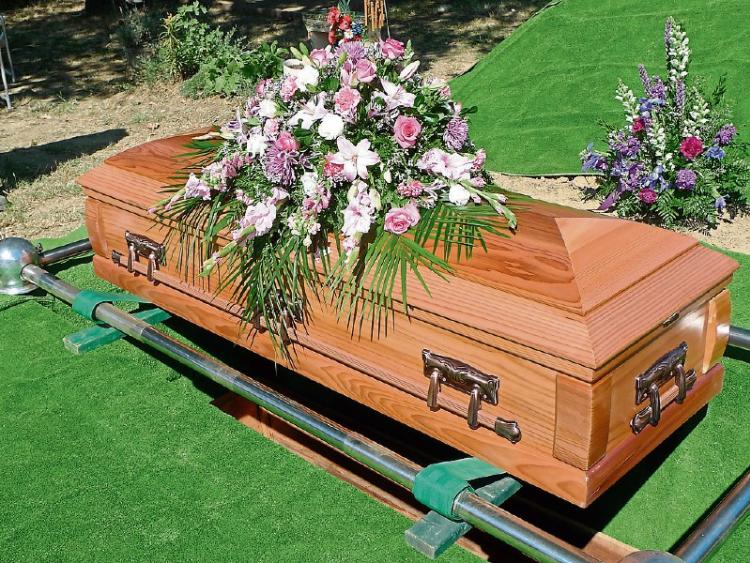 JACK WILBERFORCE Faulkner would not have known Cornelius Tacitus. Tacitus was the most stylish and iconic of all the Roman historians. He died in 120 B.C., whereas Jack Wilberforce is still hale and hearty. My customary entourage of carpers and cribbers will already be asking what manner of raiméis is to be heaped upon them now.

Last week I meet Jack Faulkner at the funeral of a friend. Jack’s behaviour at funerals is textbook stuff and worth studying by those who attend more funerals than would seem necessary.

He approached the chief mourners mouthing gentle monologues of sympathy and also with gestures meek and multiple, each appropriately sad. Afterwards we leaned over the graveyard wall, idly scanning the wide range of headstones.

“I’m killed,” said he, “from funerals. There’s no week passes now but I have to face two or three.”

I told him I had the same problem. “We’re bad for the drink,” said Jack, “and we’re bad for fighting but we're a holy terror at funerals.”

Now, as I recall, Cornelius Tacitus, when writing about the Celts, described us as a people who were given to drinking, wrangling and funeral-going. That was two thousand years ago.

The point I am trying to make is this: Faulkner can match the best when it comes to observing the quirks and idiosyncrasies of his fellows.

Every time I meet him he has something worthwhile to say. We left the precincts of the dead and hied to a nearby pub where I called for a half one and a pint of beer. The half one was for Jack. When I asked him what he was having he merely said “a small one”.

He did not ask for a particular brand which showed his trust in the integrity of publicans. Near us in the pub, a man and woman were arguing.

The man wanted to stay. The woman wanted to go. He was a big, powerfully built countryman and she was small, edgy and pale. She won the argument hands down and he left meekly when she ordered him to follow her.

“Would you ever think,” Jack said ruefully, “that a fine man like him could be put down by that hairpin. We lets on to be the boss,” Jack went on, “but ‘tis them has the power.”

Disguise our bondage as we will,

SINCE THE main streets of Listowel were introduced to yellow lines a few months ago, the customary traffic jams have all but disappeared.

However, in spite of the parking poles which carry clear instructions regarding when and where one may park, there is the usual number of deliberate obstructors.

For the benefit of those who are too stupid to know the difference, the following guideline might be of some assistance.

I myself overheard it from an oldish man who was addressing a younger man.

“Where you have one long yellow line,” said the older man, “you cannot park at all.”

“And the two long yellow lines?”asked the younger.

“You cannot park there at all, at all,” said the older.

Before we leave Listowel, I think I should comment on a welcome phenomenon.

For many years now Listowel has had a reputation of being divided against itself. From time to time, I have acted on various committees and have seen the many difficulties involved for the chairmen of such committees. If something succeeds in the town you will always have a faction ready to pull the cornerstones from the edifice of success.

After a flood in the Feale the tap water is brown and has an abominable taste.

Many people are sick as a result. If you fill a bath the bottom is not visible. Fill a common saucer and you’d need a gannet’s eye to see the bottom.

Try to make a pot of tea and the foul tasting result is literally muck. It's a mystery to me how the inhabitants of this advanced town have endured it for so long.

THE FIFTEENTH of August passed quietly enough and apart from a few minor skirmishes after the pubs shut in places where the Pattern is observed there was little of note.

When I was a boy we would stand in our doorway from early morning watching the boys and girls from West Limerick, North Cork and our own surrounding townlands and villages cycling to Ballybunion.

There were horse and pony traps not to mention common cars and there were buses from places like Charleville, Newcastle and Croom.

It was an important occasion in those days - the Ballybunion Pattern - and the people would ask one another weeks before if one was going to the Fifteenth.

It has lost much of its significance these days for the simple truth is, in terms of good times, we have the fifteenth every day now.

In Ballybunion, less than a hundred years ago, it was a great day for faction fighting. You had entrenched grievances and unsettled scores in the ranks of the more famous protagonists such as the Breekers and the Coolleens.

There is also the story about a famous assault case in Knocknagoshel during the last World War. Knocknagoshel, as every schoolboy knows, also celebrates its famous Pattern on August fifteenth.

It was suppertime and there was a lull in the public house trade. It was an inbetween time when there is nothing to do but wait for the crowds to reassemble.

Seated in a pub in the village was a gentleman from Brosna.

He had been drinking since morning during one of the quietest Patterns on record. Suddenly, he erupted into action and flattened a harmless man sitting beside him with a mighty blow of a fist. He was asked by the publican’s wife to account for such outrageous behavior.

“'Tis a terrible note,” he said, “six o’clock on the evening of the Pattern and no blow struck yet.”

The late, great John B Keane was a Leader columnist for more than 30 years. This column first appeared in our edition of August 27 1973