Once bitten, twice shy of leaving her dinner on the table 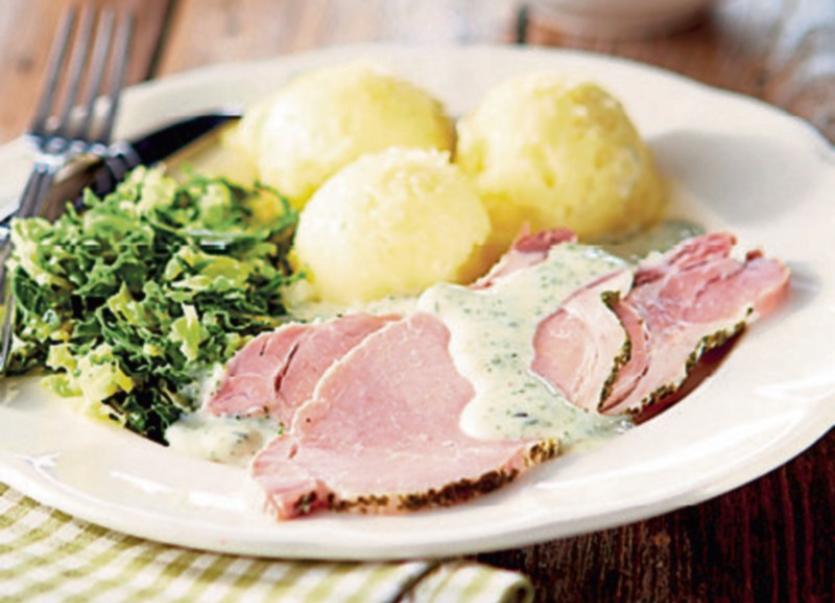 LAST week in Limerick I was having lunch in a well-known hotel when I notice an animated conversation developing at a nearby table. I wasn’t sure at first but as time passed I realised the occupants were talking about me.

An oldish, bespectacled woman was holding forth to two other women and a man. As she spoke her listeners, from time to time, would direct glances in my direction. At last I recognised the woman who was talking and I guessed the gist of the story she was telling.

Back in 1947 when I was working as an assistant to a fowl and egg-buyer I used to call to many farmhouses for eggs.

One of these was situated not far from Ballyheigue, near Kerry Head, and to this particular household I used to call every Thursday around dinnertime. I would have with me an egg box and when I would enter the kitchen the woman of the house would take the box up to the room where she would partly fill it with her contribution of eggs.

During one of my calls she was seated at the table about to have a cut at a plate of bacon and cabbage and several small new spuds. Dutifully she rose when I entered and, taking the box went, as usual, to the room where she proceeded to fill the box.

I was left alone in the kitchen although as I recall there was an ancient sheepdog lying half-asleep near the range. As I say it was dinnertime and needless to mention I was starved with the hunger. I edged my way towards the plate just to have a look. There were the several potatoes still steaming. There was the beautifully boiled cabbage and there were several small, thin slices of home-cured bacon. I could not resist. I took one spud, one slice of bacon and a hefty pinch of cabbage. All was safely swallowed by the time she returned. She looked at the plate. She looked at me and I looked at the dog.

A month passed and at dinnertime I called to the house once more. Again, on this occasion, she was about to commence her dinner. She rose dutifully as before, took the box and then, after a brief pause, took the plate wherein reposed her dinner. She then retired to the room.

AT THE time of writing there is a big pishogue scare in the district of Lisselton and the townlands adjacent to it. Lisselton lies at the foot of fabled Cnocanore, where the Fianna of old hunted and played.

It is only four miles from beautiful Ballybunion and five miles from lovely Listowel. From time to time there are pishogue scares in most townlands in North Kerry but the present Lisselton one seems to be the biggest of all because many people are affected.

One man has a sore hand. The milk of another is back by a score of gallons every day. For no good reason, a milch cow in prime condition died belonging to another. Then there is the man who had a quality greyhound of great promise.

The dog has shown a complete reversal of form and is now considered worthless. In case the reader might think that these stories of woe are mere invention journey to Lisselton and find out for yourself.

There are strong goings on all over the district and a number of people are living in fear in case the evil hand of pishoguery is pointed in their direction.

Some locals claim there is no power in pishogues while others swear that infinite damage can be done. At present, it is all very mysterious but have no doubt about it there is evil work in the fields and fairy forts of this quiet countryside.

A Lisselton man to whom I spoke last week told me that in his opinion the district is on the verge of many calamities. Apparently if one believes pishogues can do harm then harm befalls the believer. It is the opposite with non-believers. Those who scoff at the so-called power of the evildoer seem to escape unscathed.

At present one of the methods used for the spread of pishoguery is the laying of eggs along the headlands of the field of those against whom the pishoguer has a grudge.

It could be too that the pishoguer is jealous. The eggs are laid in a ring and the number put down is thirteen. The desired effect is that the hens of the victimised person will stop laying.

Sometimes eggs are found under cocks of hay but this could be the work of a rogue hen who decides to lay out.

One can only be certain that a pishogue is being worked when the eggs are round in a ring of thirteen. Only white eggs are used.

In all instances of which I’ve heard and some cases which I have personally seen, there has never been a brown or speckled egg used. One of the most malicious forms of pishoguery and one which is being currently practiced in Lisselton is the scattering of milk within the bewitched circle of fairy forts. Lisselton abounds in fairy forts, some of them quite famous.

This practice of milk-spreading is an abominable practice in country districts where the economy is built around the milch cow. The spreading by the pishoguer of fresh milk is supposed to dry up the cows of those he envies. Some people swear that the pishoguer very often has the desired effect. Others have been known to sell off their stock of milch cows.

Let us hope the Lisselton scare peters out and that there is no further harm attempted. Most of the people in that happy district refuse to take it seriously but no one denies that it is happening and deep down there is the fear that oneself will be next.

THE North Kerry Old Folks’ Home, which will now cost between thirty-five and forty thousand pounds, is nearing completion on its Convent Road site in Listowel. All that remains to be done is the tiling on the floors and the painting of the entire building which is currently in progress.

The building will consist of twenty-two rooms, two of which are double rooms and especially suited to married couples. All going well the home should be ready for opening towards the end of June.

Local collections resulted in a voluntary contribution of twelve thousand pounds and the Old Folks’ Home Committee inform me that they will not be in the red when the project is finished. People who are interested in availing of this latest home either for themselves or their relatives should remember that the home was built for old folks, meaning people around the pension age. Already there are many enquiries requesting rooms for recluses in their fifties and even less.

This will be absolutely out of the question. However, all applications made by elderly people will be listened to with the utmost sympathy.

The late, great John B Keane was a Leader columnist for more than 30 years. This column first appeared in our edition of April 29, 1972

JOE QUAID, formerly of Athea, but now resident in Knockadirreen, Duagh, has just completed his autobiography. The book, which he originally called “Hook, Line and Sinker,” tells of his life and times from his childhood in Athea to his present state.

He has re-titled the book as many patient readers of these columns will be well aware. It is now called “Quaid’s County” and it is at present in the hands of the Mercier Press of Cork where it is being studied with a view to publication.

When I rang the Mercier Press for word of their plans regarding the long manuscript last week the only information they were willing to vouchsafe consisted of two words. These were: “original” and “satisfactory”.

Not bad when one considers all the unfavourable things they might have said. The book consists of twenty chapters and is four hundred pages long. Every townland and parish in North Kerry and West Limerick receives mention and there are some amusing stories about Knocknaboul, Knockadirreen, The Black Stick, the Cot Hole, and other historic fishing pools along the Feale River.

There is a whole chapter devoted to poaching around Abbeyfeale cut for obvious reasons, the names of the poachers are fictitious.

THERE is the story of the famous Buckshee Laama of Duagh. The Buckshee Laama is as mysterious an entity as the Loch Ness Monster. Those who have seen the Buckshee Laama in the wooded depths between Duagh and the Knight of Kerry’s Castle at Woodford insist that it is the ugliest creature in creation.

It is of giant proportions, with the body of a shark or blue whale only more leathery and an unprepossessing off-white in colour. It has a head like a horse. Personally speaking, I have never seen it but Joe Quaid maintains that the creature still lurks in the middle of the Feale.

Could it be that the Buckshee Laama is a relation to that other mythical fish of grand proportions: “The One That Got Away?”

If Joe Quaid fails to find a publisher it will be Ireland’s loss not Joe’s because this is a book about the real people of Ireland from the War of Independence to the present time.

Here is all the poverty and frustration of the starving ‘thirties, the tension of the fighting ‘forties and so on ‘till we come to the long hair of today’s young man.

About long hair Joe has this to say: “Give me anything bar black nails and snotty noses.”