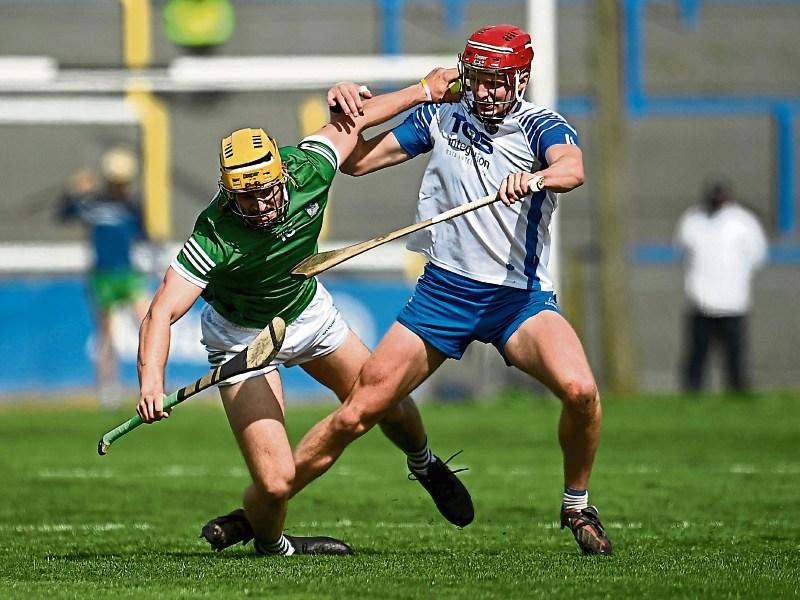 All roads lead to Croker this weekend. It’s nearly becoming like a second home to us at this stage, and you know when you are heading to Croke Park you are at the business end to the championship.

I was one of the very lucky few that was able to go to last year’s All-Ireland, and to say it was weird would be an understatement. I got parking right outside the stadium. I went into the Croke Park Hotel to do a Zoom call beforehand, and I could pick whatever seat I wanted, and there was not a sinner to be seen!

It was December, it didn’t feel like I was going to a match, and by God do I hope it will never feel that way again.

Fast forward nearly eight months, we are nearly back to some bit of normality, 24,000 people going to a semi-final and in August, now it has a feel of a championship.

Now it starts to bring back memories. I always try to be a glass half-full character, and rather then moan about only 24,000 people going, we should be delighted that there is that amount going.

Páirc Uí Chaoimh the last day was a great buzz before the game and I suspect that this Saturday will be a lot better. I guess in relation to the match then, we have seen what Waterford bring to the table over the last couple of weeks.

Yes, it is going to be their fourth week on the trot, and do I think this will tell? I do! I mean, take a step back and look objectively. Limerick have had three weeks off, prepared ideally, and come into the game fresh as daisies.

Waterford on the other hand, have had three difficult games. They struggled to overcome Laois before finding their form against Galway, and carried that into their game against Tipperary. I have no doubt that they will also carry that into this weekend, but carry it for 60 minutes or so.

Remember, these are humans and not machines. They got tired in the last 10 minutes against Galway and Tipperary got a number of goal chances in the last quarter also.

The running game that they play is unreal, but it takes a huge amount of energy and fitness. Yes, they have players who do well coming from the bench, but they have good forwards to bring on but seem to be a bit skimpier at the back. Within the four walls of the Limerick camp, they won’t want to hear ‘four weeks in a row, Waterford will be tired’ - they will just want to focus on the job at hand.

Liam Cahill and Mikey Bevans are as close to John Kiely and Paul Kinnerk style team as you can get. I don’t know them at all, but looking at the way they carry themselves, they seem so similar.

Liam looks like a ruthless character, who doesn’t do excuses, and everything I have heard about Waterford coach Bevans, is similar to Kinnerk. I always believe that All-Ireland semi-finals are harder to win than finals. 2018 against Cork, struggled, 2019 against Kilkenny beaten, 2020 against Galway, struggled for large periods.

I think when you get to a final you know that is it and try to express yourself, but at times I think semi-finals can be cagey, and banana skins.

In terms of how the game will pan out, well Waterford have the momentum don’t they?

I think they will start as they did the last two games, and be in a better position then Limerick in terms of momentum. But the longer the game goes on, the greater we should get into it. All Limerick need to do is to stay right beside Waterford until the last water break, and they should be able to kick on after that. Now, easier said then done also. You have two teams who can put up big numbers on the scoreboard, and two teams who thrive on turning the opposition over. Waterford have a lot of pace around the middle, and they will be looking to use that.

Limerick have the physique, married with a huge amount of skill, combined with a long term proven game plan, and that can be very hard to break.

Limerick will be very keen to put in a 70 minute performance, and right the wrongs of what happened the last day. They will be aware of the pressure that they are under, and the expectation that is out there. But the boys are well used to dealing with all that at this stage.

I expect fireworks on Saturday - it will be both teams first day out in two years having such a large crowd at the game. They will have there ganders up, blood running high, Cahill gunning for revenge, but Kiely gunning for glory once more- I for one, cant wait!