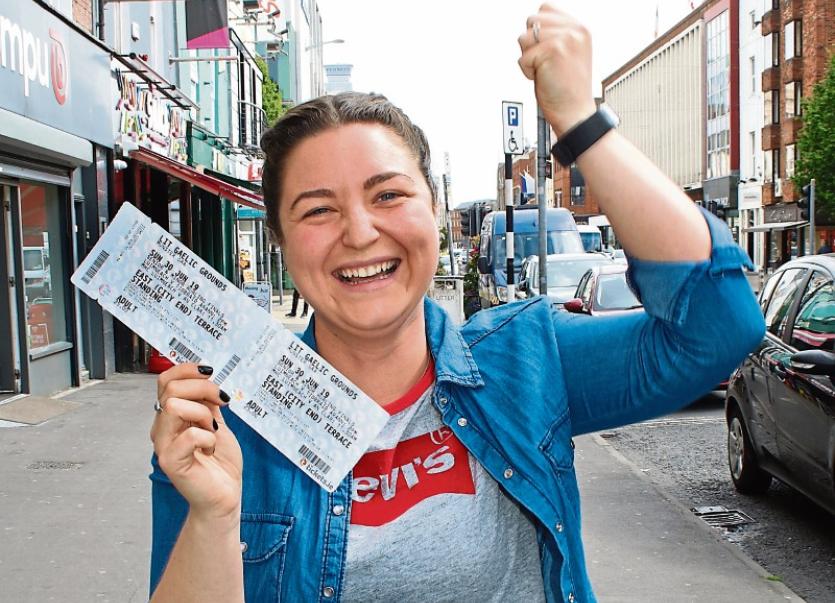 THE LIT Gaelic Grounds is set to host its biggest crowd for more than a decade when Limerick take on Tipperary in the Munster hurling final.

Just over 44,000 fans are set to attend the final making it the first sell-out at the venue since 2008 when 48,076 people attended the Munster hurling final between Tipperary and Clare.

The attendance will also surpass the 42,730 who attended the Munster hurling final between Limerick and Cork in 2013.

As of 5pm this Wednesday, the city end terrace was completely sold out with just over 1,000 tickets still available for the caherdavin end terrace.

There will be no public sale of stand tickets ahead of the fixture on June 30 as these have been allocated to both county boards, sponsors and clubs.

Such is the demand for the tickets for the final, the online ticketing system crashed this Wednesday morning, within minutes of the terrace tickets going on sale.

Large queues have formed at Ryan's Centra, O'Connell Street as fans hope to buy tickets for the @MunsterGAA hurling final between @LimerickCLG and @TipperaryGAA at @LITgaelicground. Terrace tickets went on sale at 8am. More soon at https://t.co/AVFlCJwz1r and @Limerick_Leader pic.twitter.com/oia0dXF8bz

“It's a munster final against Tipp - you have to take them (tickets) as quick as you can- I can't wait for it," said Philip Stokes, Crecora, who queued for several hours at Ryan’s Centra, O’Connell Street to get his tickets.

One woman – Katrina Dowry from Caherdavin – managed to buy two tickets – one for herself and one as a surprise for her fiance, James Power.

Store owner, James Ryan, says in addition to those who came and queued from 7.30am this Wednesday, there have been dozens of phone calls to the store all week from fans eager to secure tickets.

“In fairness to the Limerick support it’s great – it shows in the shop with people willing to queue at 8 o’clock in the morning for terrace tickets – people are behind Limerick hurling,” he told the Limerick Leader.

Read also: Limerick forward ruled out of the remainder of the hurling championship