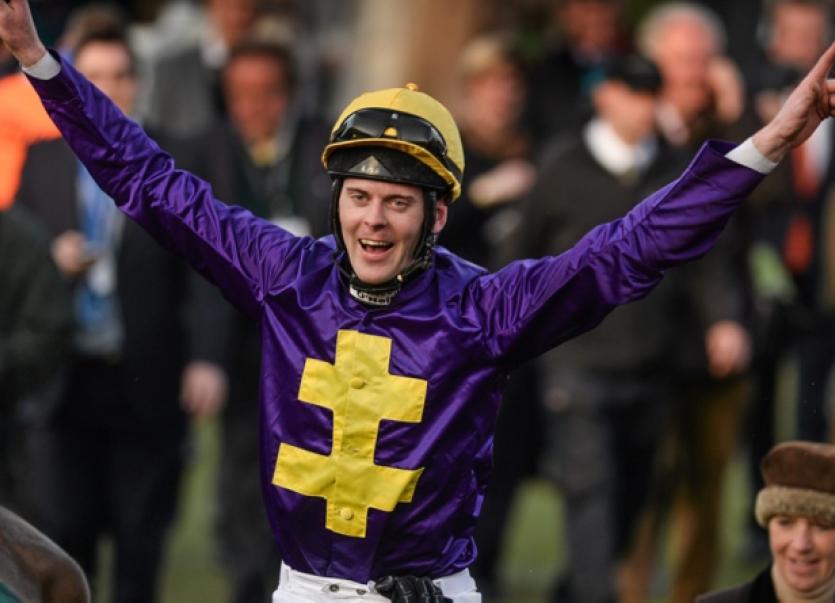 Leading amateur Robbie McNamara had won the closing bumper on Wednesday’s card at the Cheltenham Festival in the same Dr Ronan Lambe colours on Silver Concorde.

Earlier in the day, Robbie’s brother Andrew came agonisingly close to landing the Ryanair Chase abroad Hidden Cyclone. However, 10/1 shot had to give second best to favourite Dynaste in the closing stages of the Grade 1 contest

A mistake at the last from Cause Of Causes helped Spring Heeled in his task to land the Kim Muir, giving trainer Jim Culloty his second Festival win after Lord Windermere 12 months ago.

Robbie McNamara said: “We didn’t really have a game plan, Jim (Culloty) said to jump off handy in fifth or sixth but they didn’t go mad and I was happy to just lob away in front.

“From some way out I was thinking that as long as he jumped his fences it would take a good one to come and get him. I didn’t know the runner-up was behind until I was just about to land and I heard something give it a clout.

“He’d run well here before and Jim just blamed the ground the last time, without that he could have been favourite today - Jim fancied him big time.

“This is lovely, yesterday was more of a relief as I’d been trying for so long to get one here. I’ll never forget that first one but this is magic, too.”

“That was unbelievable,” Culloty enthused.

“He was a bit fractious as a young horse, a bit of a worrier and as a result of giving him time he ended up well handicapped. I thought if things went his way he had a right chance but there were 24 runners so he needed luck.