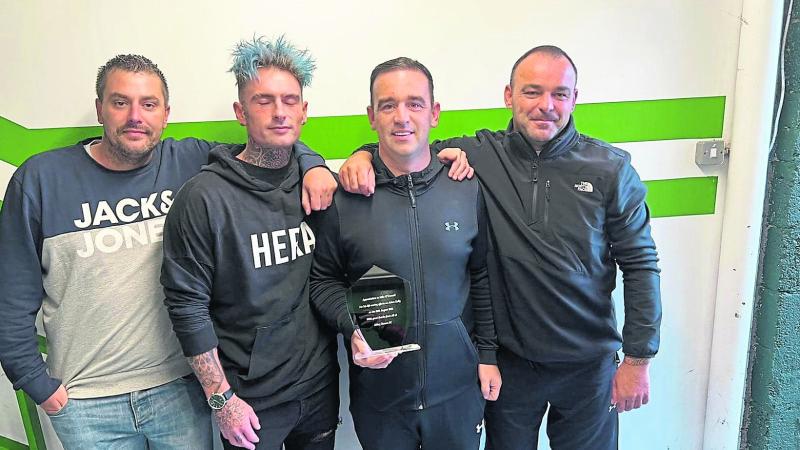 A LIMERICK soccer player has recalled the final moments prior to him collapsing during a game before his life was saved by the manager of the opposing side.

Pike Rovers FC were in a junior soccer clash against Abbey Rovers FC on August 30 when Abbey’s Adam Kelly collapsed on the field.

“I turned him over and his face was a bluey-purple so I opened his mouth and realised that he had swallowed his tongue,” Mike said.

“I had to remove his tongue from his throat to open his airways and get him breathing. It took him a few minutes to come around. His heart didn’t stop thankfully.”

“About five minutes into the game my whole left arm just went numb, I let the sideline know but being the fool that I am I just played away and tried to shake it off,” he told Limerick Live.

Limerick Person of the Month: Life-savers praised for fast action

Around five or ten minutes into the second half Adam said his arm became noticeably warmer.

“Pike Rovers had a corner and crossed the ball in and the last thing I can remember before I dropped was our keeper punching the ball away,” Adam said.

“When I came around I was lying on the ground of the pitch, trying to figure out where I was and that’s when I started crying as I knew what had happened was serious,” he continued.

Adam’s doctors told him that the muscle tissue around his heart had swelled, most likely due to over exercise as he has a rigorous wor-out routine.

The two men want to raise awareness of what happened on the field and believe that there should be someone qualified in First Aid at every future sports match.