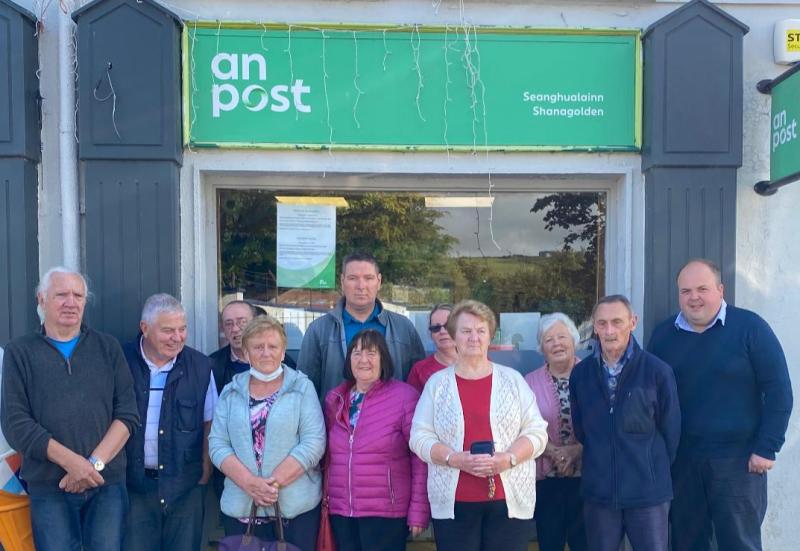 A LOCAL councillor has reacted with anger to news that the post office in Shanagolden is set to close in less than a fortnight.

Customers first learned of the impending closure earlier this week and An Post has confirmed to Limerick Live it is due to close on Wednesday, September 21.

"Our Postmaster in Shanagolden wishes to exit the business and plans to close the office on September 21. Customers will be transferred, in the first instance, to Foynes post office which is just over 5km away," said a spokesperson for An Post. 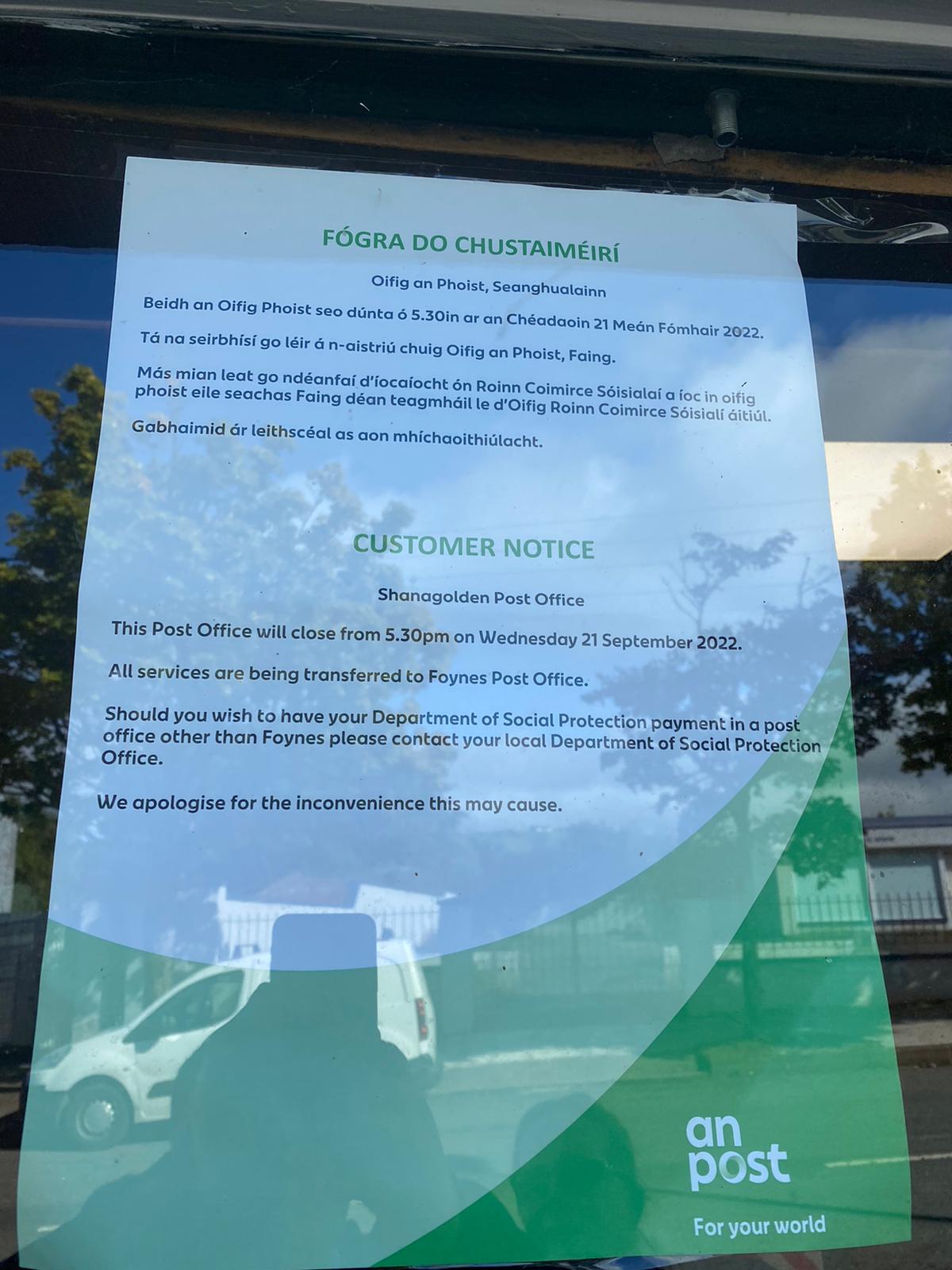 "This is a serious blow to the people of Shanagolden and the immediate surrounding areas. I have met with people on the ground this morning and the feeling is one of total shock and frustration. They are really sick and tired of this government turning its back on rural Ireland and this is a further blow to the local economy," he told Limerick Live.

An Post says Shanagolden post office is owned and operated by a self-employed contractor and that its closure forms part of an agreement that was reached between An Post and the Irish Postmaster Union in 2018.

"Under the terms of the agreement, post offices like Shanagolden would remain open for as long as the sitting Postmaster wished to remain. This agreement was accepted by a five to one majority in a ballot of IPU members," he said.

While accepting an agreement was reached, Cllr Teskey says circumstances have changed and that the decision (to close the post office) should be reviewed.

"That agreement was made in a time when we had sufficient bank branches in the area. We have had bank closures in Foynes, in Rathkeale and in Askeaton since that agreement was reached. Circumstances have changed considerably and they should now relook at that agreement and I am appealing to An Post to rethink it," he said.