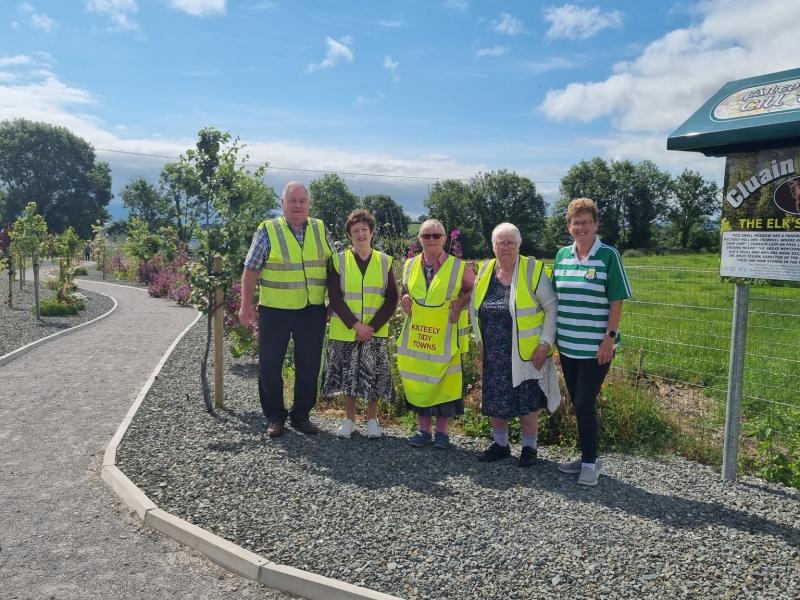 THE WILDCARDS for the Going for Gold grand final in October have been announced.

The announcement follows Newcastle West being voted as the fifth finalist in the Going for Gold competition in the final round of the regular competition last week.

Adare, Ardpatrick, Athea, Doon, Kilteely and Hospital have been selected by the judges as the six wildcards through to the final of the competition.

They will be fighting alongside Kilmeedy, Castleconnell, Askeaton, Patrickswell and Newcastle West for a chance to win the grand prize of €10,000.

Kilteely Tidy Towns member John McCarthy commented: “ We’re absolutely thrilled to get through as a wildcard. We had a feeling we were going to have a fair run at it.”

“We have so much work done this year and have more work planned so we’ve been very active all the time throughout Covid.”

“We’ll get on with it anyway and we’ll keep going all the time with new projects and we’re very lucky because we have the parish behind us,” John added.

The judges made their decision after analysing each groups’ efforts on litter control, general tidiness and upkeep, pollinator friendly planting, sustainable planting, overall impression and works undertaken/improvements from previous years.

Mary O’Brien from Hospital Tidy Towns was also thrilled that their group was selected as a judges’ wildcard.

“It’s brilliant news. The whole community has worked well together this year so we’re really looking forward to the final.”

“There’s been an awful lot of new businesses brought to Hospital and it’s great to see how much difference this makes to the look of the town and to see it reflected in the judges' decision,” Mary added.

The Going for Gold competition is sponsored by the JP McManus Charitable Foundation and has a total prize pool of €60,000 across all categories and is organised by Limerick City and County Council.