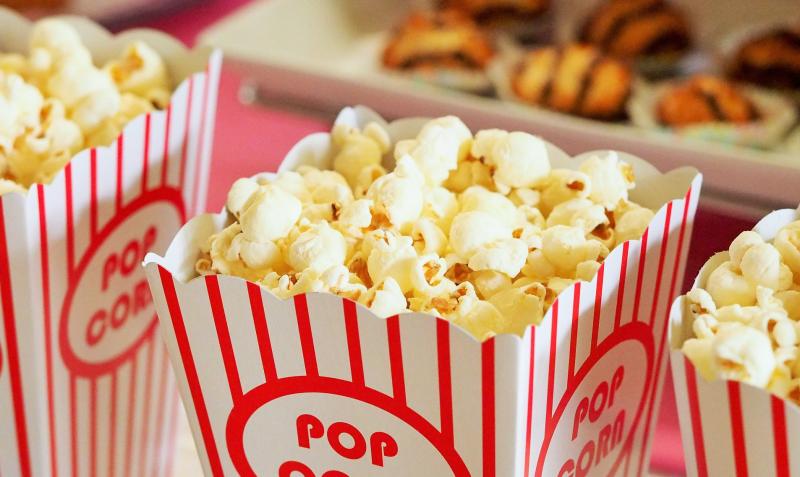 Tonya Harding was the talk of the Winter Olympics in 1994. But not because of any medals she won. Oh no, her story was far more complicated than any race to the podium. This sporting autobiography from 2018 is an excellent film, as dark and twisted as any crime thriller and based on a true life yarn that will shock you. Margot Robbie is terrific as Tonya but it's Allison Janney as her truly vile mother who will stick in your mind for days after.

Norman Steele has sold out. His rodeo riding days are behind him and now he's the face of breakfast food. One day the horror of capitalism slaps him across the face and he takes off into the desert on horseback and with a reporter on his tail. Robert Redford's modern day western is an interesting oddity buoyed by some wonderful chemistry between him and Jane Fonda. Oh and the scenery is a glory to behold.

AIDS is decimating the gay population of Paris and a group of activists called ACT UP decides to push the  government into action. One of them knows he's dying and he wants his death to really and truly mean something. A unique and quite moving look at an underserved community. It sounds grim but it really isn't. Nahuel Pérez Biscayart & Arnaud Valois lead a young cast that crackles with energy.

Harry's a surveillance expert and he's got a new job. But the work is getting to him and his paranoia is at an all time high due to past events. Francis Ford Coppola's 1974 thriller is a stunner.  A post Watergate classic seeped in the pervading atmosphere of a broken country. Gene Hackman is spectacular as a man coming apart at the seams and the late John Cazale as his partner is as always magnificent. A nerve shredding way to end a Tuesday.

Count Yorga has moved from Bulgaria to the sunny climes of California but he isn't going to be getting any type of sun tan. His neighbours think he has mystical abilities and invite him into their life, not knowing his true nature. 52 years old and a lot better than it sounds, it's an oddly funny and unsettling watch that mostly avoids the usual vampire film cliches and is all the better for it. Robert Quarry as the man with the fangs is an effective lead.

Criminals are hunting homeless men in New Orleans for sport and there's only one man who can stop them. JEAN CLAUDE VAN DAMME. And his awesome mullet. Made in 1993, it was John Woo's first American film and its still his best. Great cheesy fun, hilariously quotable dialogue, crunching fight scenes and some lovely Louisiana scenery. Did I mention the mullet? It's awesomeness cannot be overestimated.

Jane dreams of a career in film making but first she has to pay her dues as an assistant to a powerful movie executive. As her day moves on she's sensing something ugly in her workplace and then... An angering and timely look at the insidious nature of workplace abuse and the power imbalances that allow bad people to behave that way with impunity. Julia Garner is a strong lead.

Shanghai in 1941 isn't the best place to be as young Jim Graham finds out when the Japanese army invades China and he's separated from his parents. All he has to get by is his ingenuity and a fierce will to survive. Steven Spielberg's adaptation of J.G. Ballard's novel is one of his most underrated films, an epic and yet intimate look at the horrors of war from the point of view of a child whose innocence is about to vanish. Christian Bale & John Malkovich are both superb.

Bridget's dreams of writing for a living haven't come to fruition so she takes a job babysitting wee Frances. But issues in her own personal life are making her newest employment difficult. A funny, compassionate and often bittersweet look at the problems women deal with in today's society. A tale that's told with a lovely light touch from writer and star Kelly O'Sullivan.

Johnny Utah, a young FBI agent, finds himself undercover with a pack of surfers while investigating bank robberies. The surfing life is enticing though. Kathryn Bigalow's 1991 thriller is a hell of an entertaining couple of hours. A tense, fast moving thriller that inevitably turns vicious near the end & also an interesting look into a subculture still not that well known over here. Keanu Reeves does his best Keanu Reeves but Patrick Swayze as Bodhi is mighty.

She's on the run from an abusive relationship and she's ready to fight for her life. But how does Cecilia fight against an enemy she cannot see? This modern day adaptation of H.G. Wells's famous novel is a highly effective and terrifying psychological horror thriller that gleans it's scares from it's gaslighting villain and clever film-making that leaves you never quite sure if you've seen what you thought you saw. Elisabeth Moss is an excellent heroine.

A toll booth in Pembrokeshire, Wales is the location of death and destruction when a dangerous man makes his intentions to pass known, intentions the toll operator has an issue with and the local cop needs to prevent. 82 minutes of quirky hilarity and blood drenched carnage make for an amusing way to finish off the week. The wicked Michael Smiley and Annes Elwy lead a memorable cast.