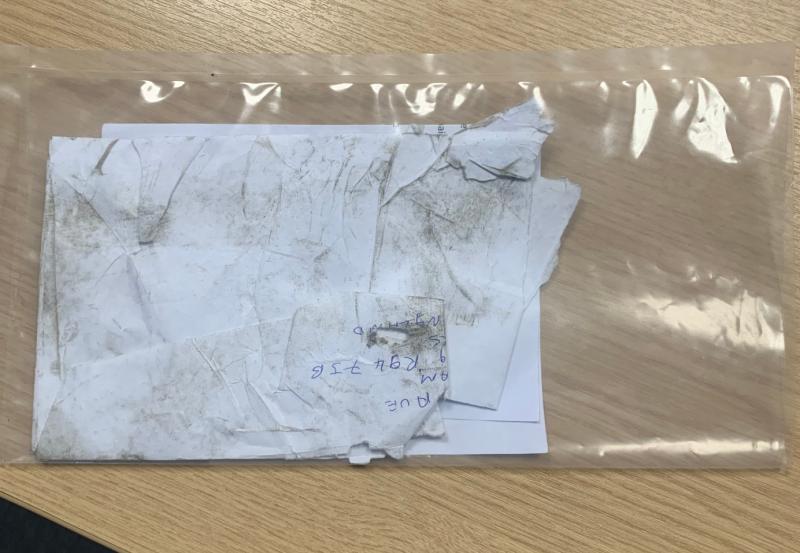 A LIMERICK woman and lifelong letter writer who keeps in touch with family via post is “disgusted” at the state of two letters that arrived at her residence in Croagh village.

The woman, who wishes to remain anonymous, said she was “shocked” at the state that two envelopes she received from family in Australia and the UK, made their way through her letterbox.

In a response to her official complaint, An Post wrote: “I am sorry to learn that the item from Australia was delivered dirty and the content stuck together.”

The national postal service also apologised to the Limerick woman about the letter from the UK, which was posted over the Christmas period, arriving late. They cited delays in transit times over the busy Christmas period.

The Croagh village resident, who has lived most of her life in the UK, and keeps in touch with family there through letters, has questioned An Post on the condition of their sorting offices.

“How does the letter come as ragged, shredded, with no contents and stinking dirty. I wouldn’t call it very hygienic,” she told the Limerick Leader, hoping to highlight the issue.

After directing her official complaint at An Post, she asked the manager of her local delivery office if the letter came through the Limerick sorting office and also asked what condition the facility is in.

She was told that the letter may have come through any number of sorting offices around the country, such as Dublin, Athlone, Cork or Portlaoise.

In response to a query submitted by the Limerick Leader, a spokesperson for An Post said that their mail service is highly automated and “it is difficult to see what might have happened in this case.”

She said: “Of course one can never rule out an individual slip up but if the customer's case is that this has happened more than once then this will obviously require more detailed investigation.”

On whether it came through the Limerick sorting office, they stated that the envelope would have been delivered by her local delivery office in Limerick having been processed at An Post’s large mail centre in Dublin.

An Post stressed the importance of their customers, particularly those correspondents using mail as their main source of communications.

“We would, of course, be concerned if this customer's mail is not being handled in the way in which we would normally carry out our business and are happy to investigate further,” the spokesperson added.